Even though he calls me a pussy roughly a dozen times in this column,  seemingly at random, I’m glad to have Buck back on the virtual pages of the Surf Report.  It’s been far too long.  I hope everyone had a great holiday, and I know you’ll enjoy this update.  See ya soon!  -Jeff 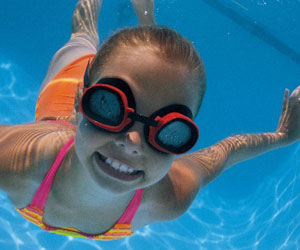 There are times when something sounds good in theory because you know the reality of actually accomplishing the promised task is so far in the future, it will never actually get here.  I mean, you know, it’s likely there will be an apocalyptic disaster that will melt the Earth to its core before the 4th of July.  Therefore, I was more than happy to accommodate Jeff’s request that I pen a column while he’s on hiatus trying to be the next John Grisham or whatever.

Naturally this piece is now being written in great haste on the night of Memorial Day Monday.  Therefore, don’t expect too much.  While I’m writing in haste and throwing words on a word processor anything is likely to be written here.  Jeff Kay is homosexual.  However, that’s not to say I haven’t given at least a few thoughts to what I plan to write.

I decided I would go with the area of human defecation.  Naturally this audience isn’t quite in touch with the subject, since Jeff is a pussy and wouldn’t dare write about such things in any great detail.  This is a man who’s never taken a public dump.  I’m not sure I know anybody with that kind of streak.  I am probably the anti-Jeff.  I’ll drop a load wherever it suits me.  In fact, it doesn’t even have to be modern plumbing if I have to go.  Those of you longtime readers know I’m an “educated hillbilly” however, just because I’m EDUCATED doesn’t mean the HILLBILLY has left me.  Jeff Kay is a pussy.  I’ve taken shits in bathrooms with marble floors and polished stainless steel crap catchers and I’ve squatted on the ground in the middle of a million acre forest.  The surroundings don’t really make that much difference to me, there’s a job to be done and that’s all that matters.

Therefore when I saw this lead sentence in a recent news article, “About 1 out of 8 public pool inspections conducted in 13 states in 2008 resulted in pools being closed immediately due to serious code violations,” I knew I had a topic screaming for commentary on the WVSR.

According to this data from the CDC, child care facility pools were the worst.  Those are followed closely by hotel/motel pools, apartment/condo pools, kiddie/wading pools, and interactive fountains.  The CDC says they have the highest percentage of “disinfectant violations.”  Everybody is reading this story as if they are in some kind of shock.  The last time I went to a public pool, it was being run by teenagers.  Teenagers are the filthiest people on the planet.  Ever see one of their rooms?  Think there’s maturity in age?  I think not—ever been in a dorm room?  I rest my case.

When I was in high school, our hometown pool was managed by an adult woman, who had a staff whose average age was 17.  I knew most of the pool employees.  There was NO concept of a “job well done.”  Yet they were in charge of checking the levels of the pool condition and adjusting the concentration of chemicals accordingly.  These are guys who were cheating to get through 11th grade chemistry—yet in the summer they were put in charge of the health and well being of every swimmer in town by reading instructions printed in Taiwan.

We would always have an occasional turd floating in the kiddie pool.  This was not a cause for alarm, it was cause for high humor and insanity.  None of the pool employees wanted to be the one to fish the offending “log” from the water.  However, when somebody finally got the task done, it was generally FLUNG OVER THE FENCE INTO THE WOODS and everybody was back in the water just lovin’ em’ some summertime!!!!  Amazing.

What caught my eye most were the hilarious suggestions of the CDC for proper pool hygiene.   Amazing we actually need to have a set of federal guidelines for this stuff, but here they are—unedited.

Do I even need to comment on the hysterics of those six guidelines? No, but I shall anyway.

·         Don’t swim when you have diarrhea.  Uh, I think a better suggestion is don’t FART underwater when you have diarrhea, else it will look like somebody pissed off a squid.
·         Don’t swallow pool water.  Uh, surely you’ve heard this conversation. “Mommy, I’m thirsty, can I buy a Coke from the concession stand? “  “No junior, I’m out of quarters—just go get yourself a long tall swig from the shallow end.”
·         Practice good hygiene.  Uh, that’s advice that would work in a crowded mall, movie theater, classroom, workplace, etc.  Germs on your body end up in the water.  Uh, pardon the pun here, “NO SHIT DICK TRACY!”
·         Take your kids on bathroom breaks and check diapers often.  Uh, this means somebody has allowed their screaming urchins to run amok throwing stool at one another as if it’s the baboon cage at the zoo.
·         Change diapers in a bathroom/diaper changing area and not poolside.  Uh, would you change a tire in a church pew?  Would you change a furnace filter in the middle of a Wal-Mart?  Would you change your underwear at Macy’s?  Don’t answer that last one.
·         Finally, what’s the point of washing your kids if you’re going to skip the rear end?  I mean let’s face it.  The Kool-Aid moustache isn’t what’s putting things in the water that none of us can spell.

I find the entire matter to be insane and at the same time hysterical.  Insane because it’s sort of an unspoken thing.  Everybody knows the place is a stew of human cess juice, but we keep coming back for more.  Hysterical because everybody always sits on a high horse and makes fun of me because when I was a kid we used to swim in the river and in a pond.  Who’s laughing now…..BITCHES!