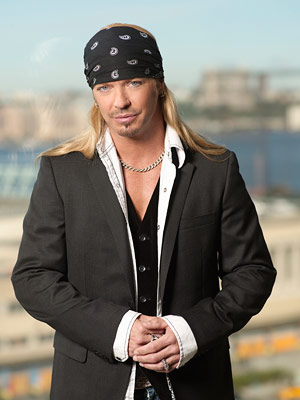 Actually, I’ve seen him a lot angrier, but he still seems pretty aggravated and wound-up.  It’s been a while since we’ve heard from Chris, but he brings us up to date in this column.  Enjoy!  -Jeff

An explanation.  The corporate pinheads where I work took internet away from us completely, except for work related sites.  Can’t get anywhere, even with bypass programs, so logging on at work is out of the question.  Home computer is gone too, after a tree yanked a power line out of my house, creating a surge.  Even though it was on a surge protector, I lost my home computer, printer, home phones, Wii game system, a DVD player, a VHS player, a stereo, a clock radio, three lamps and my oven.

The Electric company is going to reimburse me at depreciated value for everything, but I am still waiting on a check.  It all stems from a tree I complained about five years ago and each year thereafter just before hurricane season.  They are supposed to cut back trees going through power lines, but always gave me the standard “We will wait until others in your neighborhood call about their trees and we will get them all at once” answer.

In February, I called them and told them a spark was coming out of the line and they immediately sent someone out, followed by a big note on my door saying “We do not see an immediate problem, therefore, we will not be cutting the tree.”  I am glad I kept the note.  One month later, we were without electricity.

OK, on that note:

OK, I’m not talking about Fountains of Wayne here, but those stupid rubber bands that you can buy in packs of 25 for your child and they are shaped like animals, vehicles, numbers, letters and they always form back to those shapes after stretching them out.  $4.99 for a pack of 25.  I am so pissed I did not think of this.  They probably cost about 1/10 of one cent to make.  200 percent profit.  That guy’s day at work now is walking out to the mailbox and saying “Hello check!”

I had a great invention once.  A dogwash, with a plexiglass rectangle that you could hook up to the garden hose.  Has a soap dispenser attached and rubber glove that reached inside the box to scrub Fluffy.  Fluffy also had a collar to put his head in so that it was outside the box and he didn’t drown.  I submitted it to the invention place, with architect like drawings and they sent me a letter saying it was great and I needed investors to send them money to get the ball rolling.  I gave up.  A year later, I saw my dogwash on a late night infomercial.  Another kick in the balls by “life.”

At last update, I was trying to get a job as a corrections officer at the Sheriff’s Department.  This falls in the “life” kicking me in the balls again category.

I was running a course in 4 minutes and 20 seconds that I needed to complete in 6 minutes or less to qualify for training.  Before the actual physical test, I was required to get a full physical from a doctor, as to state that I was healthy enough to do this.  Despite my massive weight loss and my physical strength, Doctor Dickhead decided my cholesterol was still too high, my triglycerides were bad, my blood sugar was high and my thyroid was that of a dead person, meaning I should have no energy whatsoever.

Anyone who knows me knows differently.  He would not sign off on my release and I had to take medication for three months.  Now, I don’t have the money for another physical, so everything is on hold again.  I am still at a job that is sucking the life out of me.  I firmly believe my 13 year old son could do this job, and my brain is rotting.

Does anyone besides me watch Celebrity Apprentice?  I know it’s reality TV, which I generally hate, but somehow I get sucked into this show every year.

Who won?  Why Bret Michaels, of course.  And only because he had a brain hemorrhage.  This guy couldn’t manage a McDonald’s, much less a business, but Trump seems to have a soft spot for him.

The awesomely hot Holly Robinson Peete raised a ton of money for autism through this show and fully deserved to win.  But bald (it’s a wig, folks) Bret somehow pulled it off.

I have enough pissing me off in real life.  I don’t need TV pissing me off too.  Therefore, I am boycotting television and spending my spare time training for the local “beat up your neighbor” competition at a local arena.  $10,000 to the winner.

One day I will be back to let you know I won.  Maybe if I have a brain hemorrhage, they will just give me the money.

A couple of months ago, I had four days off from all jobs.  So I maxed out my credit car on a four day Disney trip.  Epcot, Magic Kingdom, Hollywood Studios and Animal Kingdom.  In that order.

The last time I went to Epcot, I never got to do “Test Track”, where you are put in a car and slung around various obstacles similar to how they test cars before they hit the highway.

My 6 year old daughter began crying almost immediately, although I told her to just pretend she was in an everyday ride with Mommy in the car and it would be no different.  It was somewhat awesome, as was the Mission Space and Soarin’, where you are in a hang glider that does not really leave the ground, but a projection screen and the tilt of the seat you are in makes you feel like you are actually up there.  Over footage of a pine forest, a pine smell is piped in, as is the smell of salt water when “hang gliding” over the ocean.

I can do without the foreign lands section of Epcot, as there is nothing cool there but the Norwegian boat ride.  A 9.5 for Epcot.

Magic Kingdom was OK, as usual, but I still didn’t get to Space Mountain.  Won’t wait that long, as my wife and son did.  8.0 for Magic Kingdom.

Hollywood Studios was good, as they had a new Toy Story ride, but the highlight for me was, because ESPN the Weekend was taping there, that I got to tell Chad Ochocinco that he was a dick for jumping line for a drink the concession area.  He had the balls to say “You know who I am, right?” so after calling him a dick once, I got to say, “Yeah, you’re the dick who jumped in front of 11 people here.”  Got a smattering of applause from my line-mates.

Animal Kingdom sucked ass.  If it wasn’t for all those fucking animals, it would be cool.  It was a glorified Busch Gardens, and I could not wait to get out of there fast enough and go home.

So, how’s everyone been? Don’t even have time to read the site any more without access.  Sorry if this was a little lame, but I am a little out of my element right now.  Hope to rejoin you soon.