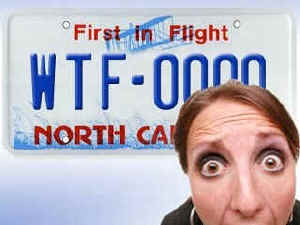 This is the second of three new updates by Brad, and I’ll post the third over the weekend. It’s music-related, and more weekendy, if you know what I mean. I want to thank everyone who stepped to the plate this week — Brad, Metten, Buck, and the Angry White Guy — while I’m off trying to be a novelist or whatever.  Much appreciated, guys!  I’ll be back on Monday, and will try to live up to your excellent posts.

Before I turn it over to Brad, I’d like to alert you to a new limited edition Surf Report shirt we’ll be offering for Summer. Check it out.  I think it’s pretty kick-ass, and hope you’ll pre-order two or five.  And now… today’s update.  -Jeff

THIN LINE BETWEEN HEAVEN AND HERE

Have you ever been a victim of a crime? I would ask if you’ve ever committed a crime, but I suspect I already know the answer, given the demographic of you lot. No, I mean an incident where you are the victim. It happened to me recently. Not a big crime, the type where the recently canceled Law & Order would rip it from the headlines, throw in a few dead bodies and tack on a surprise twist toward the end. Sadly, the crime perpetrated on me involved a stolen license plate. A brand-new, three-day-old license plate.

I noticed the plate missing right away. There wasn’t a blank space on the back of my car where it once was, but rather, a replacement plate. One that had expired and had a different alphabet prefix. There’s a quirk I developed where I read off the military alphabet whenever I see a sequence of letters. I don’t know how or why this started, but it’s what I do. I have it memorized to a point. However, I was stuck on the N on my plate. I knew the first letter, Zulu, and the second, Victor, but the N had me stumped (I now know it’s November, thank you very much). The switched plate had Lima, Sierra, Hotel, and it expired last month. Definitely not my plate.

A sick feeling swept over me. It was akin to the feeling one gets in grade school when he realizes–too late–that he’s about to suffer a wardrobe malfunction and his pants are going to drop, exposing for all to see his Aquaman Underoos (the worst Underoo of them all). I’m not talking about the embarrassment from the cruel, unforgiving laughter and the pointing. No, I’m talking about the sick feeling you get when you realize too late it’s going to happen and you’re helpless to stop it.

So, yeah, I felt that when I first discovered my new and beloved license plate was in the wind.

After I got off the ground and wiped the tears from my eyes, I called the police. I’ve dealt with bureaucracies many a time in my life and I knew I would need verification and documentation for the DMV. In a perfect world, the theft would be considered a major crime and every available cop from every available crime division would be on the case. They would track down this thieving scoundrel within 24 hours. I would be alerted and told to head out to the onion field for some old-school justice. I would give the alleged thief–no strike alleged, he’s guilty from the get-go–a 30-yard head start before picking him off with a Glock 22, courtesy of one of the law enforcement personnel on the scene. In a perfect world, that would be how I solved my situation.

In the real world, I would be given a copy of the crime report and stand in line at the DMV for a new plate. My missing plate would likely not be recovered or it will be discovered later burned and scorched. Why? I don’t know. Thieves like to burn and scorch things if they don’t plan to keep them for long.

The cop was amazed the thief stuck around long enough to slap on a different plate. It made sense to me. I mean, most people don’t pay any attention to their license plates unless it’s time for renewal. This buys the thief some time. I know that’s what I would do if I was a plate thief.

As luck would have it, the responding cop’s on-board computer was down and I would have to wait until the morning to pick up my copy of the police report. Damn those budget cuts.

I was reminded of the fact that I live in a small, rural town when I went by the next day to get my copy of the report. I hit a couple of dead ends at the police department (Sorry, that’s not my field of expertise is a very popular phrase around the station). It was a maintenance man, of all people, who responded to my plight. He disappeared down a corridor and came back a few minutes later with my report. It was like I had stepped into a rerun of Andy Griffith and Goober helped himself to the file cabinet while Andy and Barney were dining at Juanita’s.

Of course, this maintenance man was no dummy. His help was appreciated.

The trip to the DMV–the one place I feared–was simple, and I like simple. I came out a few bucks lighter but I had a new plate. It’s now super glued to my car and someone will have to take that junker if he wants that plate.

Before I sign off, I’m going to deputize you, gentle readers. I want you to be vigilante and keep your eyes open for my stolen plate. It’s in the system as stolen now and you will be catching a thief. It’s a North Carolina plate and it’s ZVN 8778. If you see this plate, contact your friendly police officer. Do not approach the suspect. You’re only deputized to a certain point.

So, how about you? Have you been a victim of a crime, be it a misdemeanor or a full-blown felony? Share it with us in the comments section. Let’s be our own support group here.