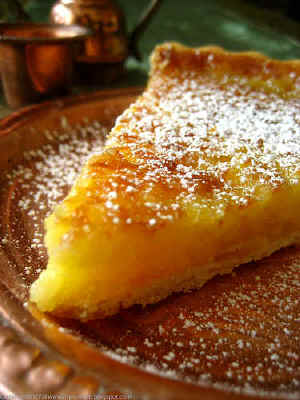 My streak, I’m happy to report, is intact.  After arriving at work last night I experienced a few sweaty-forehead, white-knuckle moments.  But I rode them out, and the poop-pains eventually got bored and started tormenting someone else, I guess.

But I have to admit… it was a close call.  I was walking around on my tip-toes for a while, and twitching like somebody was threatening to shoot me with a rubber band.

Thankfully, however, my time spent studying with Miyagi paid-off.  Sure, a few of my co-workers seemed a little confused when I assumed the swan stance in the large break room…  But you can’t argue with success, almost thirty years of success.

I don’t like to brag, but I am now able to catch flies in mid-air with my sphincter.  It’s true.  And I use my powers for good, never evil.

I was informed this morning, via handwritten note propped against the coffee pot, that I’d be picking up the older Secret at school in the afternoon, and taking him to an orthodontist appointment.

Damn, man…  How often does he need to go to that place?  It feels like I’m taking him two or three times per month.  And I’m not the only person who does it.

I thought I’d given myself plenty of time, but we were running late and I was growlin’ ‘n’ mutterin’.  I knew the dentist’s office wouldn’t care, they run kids through there like a cattle drive, but I don’t like to be late for appointments.  It’s a sign of… something bad.

So I was pushing it with the acceleration, driving way too fast through a notorious speed-trap.  Nothing happened though, until I was well past the cops’ best-known hiding places.  That’s when traffic came to an abrupt stop, and I almost went straight up the poop-chute of a BMW.

What the hell??  My hand went whipping through my hair, and I started sighing and wiggling in my seat.  This wasn’t going well, not at all.  Eventually I just put the car in PARK.

And, after about ten minutes of this nonsense, we crept far enough forward to see what was causing the problem.  The right lane was coned-off for a few dozen yards, and four men were – get this – painting a white arrow on the asphalt.

It’s a well-traveled road, straight and level.  It’s not a complicated affair; there are no transitions or other roads feeding into it, or anything of the sort.  You just get on it and drive, fergodsakes.

So why the need for an arrow?  Most people know how to operate a two-lane road, I’m almost certain of it.  I don’t often hear of folks driving straight down a street, suddenly getting confused, and whipping the wheel to the right. Do you?

And why four guys?  One was on his knees painting, and the other three were apparently supervisors, or possibly consultants.  Or maybe they’d been sent by another town, to witness a true arrow-painting master at work.  I don’t know, but they delayed us big-time.

And I’m still a little whipped-up about it, if you want to know the truth.

At work last night a woman mentioned that she’d made lemon tarts earlier in the day.  And when I heard the words “lemon tarts,” I got a weird feeling in my jaw, way back near the latches.  Know what I mean?  Are you familiar with this lemon jaw-latch sensation?

I get a similar feeling in my crotch, whenever it seems there’s a chance I might fall from a substantial height.  Like walking across a tall bridge, or looking over the edge of a cliff.  Or even when I’m watching a movie, and a character’s hanging off the side of a skyscraper, or something.

I’m not really a fan of either feeling, and wonder what causes ‘em?  Weird, man.

I feel like I’m a man of many excuses these days, but today’s been a challenge.  I’ll leave you now with a Question I’m surprised we haven’t pondered before…  In the comments section, please tell us your all-time favorite album titles.  The albums themselves don’t necessarily have to be any good, I’m talking about the titles only.

Here are a few, off the top of my head:

Love Songs for the Hearing Impaired by Dan Baird
You Bought It, You Name It by Joe Walsh
You Can Tune a Piano, But You Can’t Tuna Fish by REO Speedwagon
Songs About Fucking by Big Black
A Nod is As Good As a Wink to a Blind Horse by Faces
I Am Not Afraid of You and I Will Beat Your Ass by Yo La Tengo

There are plenty of other great ones.  Help me out with it, won’t you?

And I’ll see you guys on Monday, or maybe Sunday.  We’ll see how it goes…