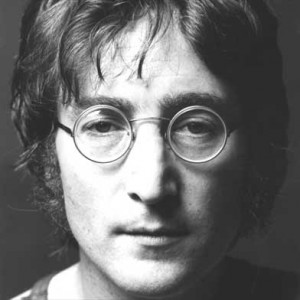 All four of us went to a movie this past weekend.  It’s a rare occurrence, because the boys are usually swimming, and we always seem to have twenty other things going on.  It’s something that rarely occurs to us — an actual movie in an actual theater.

But we saw The Woman in Black on Saturday, and it was fun.  The movie, as well as the outing.  I had a great time, and was really craving some normalcy.  It hit the spot; I miss spending time with the family, in a non-hectic, non-stressful way.  It feels like we’re always on the run, trying to get from here to there, etc.  But on Saturday everything was smoove and casual.  It was a good time.

I also saw Red State — Kevin Smith’s new movie — on Netflix Instant.  Thankfully I watched that one by myself, ’cause it was profane past the tipping point.  I don’t personally care one way or the other, but there’s a limit to how much cursing I want to endure with the younglings in the room.  Ya know?  A light dusting is OK, but this was an avalanche, not a dusting.

I enjoyed the flick, though.  It’s not a comedy, which is a departure for Smith, and I was intrigued.  It entertained me, and was unpredictable.  Have you seen it?  What did you think?

And speaking of unpredictable, I find myself enjoying Netflix more since I quit the DVDs and went with streaming only.  I think it might have something to do with the fact that I’m now forced to watch my second or third choice, instead of always having my first choice available.  I’m discovering some good stuff, which probably would have gotten past me before.

I have a positive feeling toward Netflix now, almost like I did when I first subscribed — back when dinosaurs roamed the Earth.

And if you’ll excuse me for a few minutes, I’m going to go have a Miranda Cosgrove frozen meal….

OK, I’m back.  I went with the chicken, broccoli, and rice.  Tasty, as usual…  I also emptied the dishwasher while I was away, made the bed, and shaved.  I hate shaving, it’s a giant time-suck.  I’m thinking about just letting it go, and going full Lord of the Rings-nerd with my facial hair.  Of course, I’ll have to buy a tweed flat-cap if I do that, but it might be worth it.

Before I throw in the towel on this one, and head back to work, I thought I’d attempt to set up a Whitney Houston-themed Question of the Day.

I’m not a fan of her style of music, and therefore don’t feel a strong connection to her.  But I can certainly recognize her talent.  Sometimes she took it too far, I think, and sounded like a car alarm going off.  But she had a hell of a voice, I know, and don’t believe too many people would argue that point.  Right?  Right.

But was her death really shocking?  I wasn’t shocked.  She’s been doing hard drugs for a couple of decades.  I know it might seem insensitive, but when people say they were shocked, I just roll my eyes.  Tragic, sure.  But not surprising.

And so, for a Question I’d like to know what celebrity deaths ACTUALLY shocked you?  I can think of two, right off the top of my head:  John Lennon and Princess Diana.  But I don’t have the time to dig any deeper than that.  I’m going to have to leave it to you guys.  Please use the comments link below.