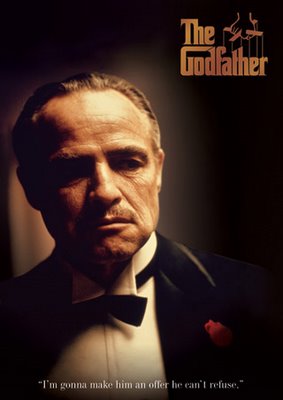 We were exiting the Target parking lot on Saturday afternoon, and there was a car stopped with all four doors swung open.  Other vehicles were inching past it, and I assumed the hunk o’ junk had stalled and wouldn’t re-start.  But when we got close I saw a woman in jeans and high heels leaning into the front passenger seat, frantically shoveling flaming items onto the asphalt.

It looked like a collection of balled-up paper bags, cigarette wrappers, and possibly a half-eaten rotisserie chicken.  All still smoldering.  Somehow, it appeared, their abundance of floorboard trash had caught fire.  We could actually see an occasional flame flare up, through the rear window, and for a second I thought one of the headrests had ignited.

The passengers, two or three fat boys with sloping shoulders, were standing nearby with concerned looks and rosy cheeks.

Then a pickup truck screeched to a halt, and a take-charge woman with a manly nature (and a very long cigarette dancing off her lips) jumped down from the driver’s seat, and told everyone to step aside.  And as we were making our way around this spectacle, the mysterious new arrival seemed to have everything under control.

But how did she know?  Where had she come from?  She wasn’t part of the waiting crowd, she’d arrived from the opposite direction.  Was she a super hero?  Will she be showing up at other area emergencies, in the nick of time?  Will folks be marveling, “It’s… the Lesbian Samaritan!”  If we’d stuck around, would she have put out the burning filth, and sped off before anyone could thank her, as a Melissa Etheridge song began playing from an unknown source?

Or is it possible that I’m just making too much of it?

I was off from work on Wednesday, and enjoyed an extra-long weekend.  I had an ambitious to-do list, and marked off everything but one item:  clean up the bunker.  It’s a mess again, and I’m worried that some of the clutter might catch fire.  I now know that such a thing can happen.  But, even though I didn’t get everything completed, it was inarguably a productive four days.

The electronic versions of the book are ready to go at the Kindle Store and NOOKBooks.  All I have to do is flip the switch, and they’ll become available on the websites.  However, Apple is being a pain in the butt and I don’t know what’s going on with them.  I had to fill out an application, and they’re going to let me know if I’m eligible to sell my novel in their iBooks store.  I’m already irritated, but we’ll see what happens.

Also, the back cover is now finished, and I will be uploading everything to Amazon today.  I’m not sure how long it will take before the trade paperback will be live on the site (probably another week or ten days), but the Kindle and Nook versions will be on sale Friday – April Fool’s Day.

Of course, I use the term “Friday” loosely.  It’s going to be difficult to know EXACTLY when the e-books will become available.  Both companies say to allow 24 to 72 hours.  How do you manage something like that?  So, let’s just say Friday, or earlier.  And I think you Kindle and Nook owners are going to be happy with the price.  Stay tuned.

I’ll also begin taking pre-orders for signed copies of the physical books on Friday, and will leave it open for seven days only.  Yes, the next couple of weeks should be interesting.

And speaking of my big four days off… I think Toney was happy to see me go back to work yesterday.  I believe I irritate her a bit, with my constant talking, and “comedic” observations.  A few times I thought I could sense a certain look of anguish on her face, that seemed to say, “Come oooon Sunday afternoon…”

Do any of you know this look?  I kept telling her she’d have to pay big bucks in Vegas for so much quality material, but I don’t think she was impressed.  Too much Jeff?  Perhaps.  But I narrated Saturday like a master.  I know this to be a fact.

On Friday night we started to watch Jerry Maguire.  Neither of us had seen it before, and Toney still hasn’t.  She fell asleep shortly after it started.

But I thought it was pretty good, except for all the catch-phrases.  I knew “Show me the money!” came from that flick, but wasn’t aware that “You complete me” and “You had me at hello” were from it, as well.  Blecch.  At least I know what people are talking about now, when they reference that sappiness.

I don’t like being out of the loop on such things.

And I’m going to turn that into the Question of the Day.  I know we’ve done this one before, but it’s been a long time. In the comments section, please tell us which famous movies you’ve never seen.  Titles that might surprise some people…

For instance, I’ve never seen any of the Godfather films.  And, on the other end of the spectrum, I don’t really know anything about Jackass.  I’ve never seen the show, or any of the movies.  I have a vague idea, but probably not an accurate one.

And (are you sitting down?) I’ve also never seen any of the Nightmare on Elm Street movies.

What about you?  Use the comments link below to confess the gaps in your cinematic experience.  Also, if you want to guess which super-powers the Lesbian Samaritan might have, that’ll be cool, too.