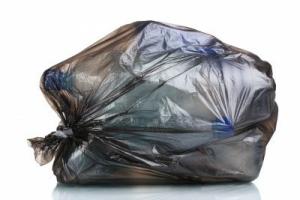 This is yet another hunk of the book project that was written, then shit-canned.  It’s from a horrible part of my life when I was completely adrift, recently dropped out of West Virginia State College, and drinking way too much.  My girlfriend, Kelly, was doing well in school, and the clock was ticking.  I knew I’d better get it together before she graduated college, or it would be the end of us.  Many of my friends were moving away, and seemed to have their lives in order.  And I was doing the kind of stuff I describe below.

Steve was now away at Ohio State, and Ed was at Tech. Both seemed to be thriving, as I floundered. And, of course, Kelly was clicking right along. The secret, she told me, was that she went to class. An interesting approach.

One evening I called my friend Tim, to see if he wanted to go to a record store, and his dad said he’d joined the Army. He hadn’t told any of his friends, he just enlisted and was now in basic training. It was tough news for me. Tim was a fellow music nut, and sober oasis of good humor and sanity. I’d miss hanging out with him, talking and laughing.

Everybody seemed to be moving on.

One night Bill and I were out drinking, and riding around in his pickup truck. We went down an alleyway, for no particular reason, and he reached out and grabbed a bag of trash from a can. He held it until we were on West Virginia Avenue, and dropped it in the middle of the street.

It was the kind of thing we did: non-stop stupid shit, designed to amuse. In the greater pantheon of stupid shit, however, this one was pretty lame. Moving garbage from one place to another? Weak.

But Bill wasn’t finished. He said, “Watch this,” and turned at the next corner. Then he drove around the block, steadily picking up speed, and hit the sack of trash at 30 mph. There was a spectacular explosion of coffee grounds, saturated paper towels, potato peels, and spaghetti noodles. A vortex of colorful garbage was created behind the truck, and crap was strewn for a full city block.

In fact, we enjoyed the exercise so much, we immediately did it again. But the second time there was apparently a heavy glass orange juice jar in the bag, and the truck felt like it briefly went up on two wheels. Bill almost lost control and crashed into a parked car. It wasn’t nearly as much fun as the first go ‘round. Plus, one of the residents recognized Bill’s truck, and made a few phone calls. Nothing major happened, but it was enough to make us remove that particular stunt from our repertoire.

Another day I climbed into the back of Bill’s truck, and we went driving past a roast beef restaurant, where a radio station mascot – the V100 Chocolate Moose – was parading around, and waving at the motorists. As we went past, I stood up, hurled a softball, and hit the Moose directly in the gut. It buckled over at the waist, and we nearly shat ourselves with laughter.

When Ed came home from college for Christmas, I couldn’t wait to tell him about the Moose and the trash bags, and how a half-eaten Hot Pocket had fallen from the truck’s exhaust manifold, a full hour later. But he only smiled, he didn’t laugh. And it seemed like the smile was forced. It was a disappointing reaction. This was the kind thing he always loved.

He rode around with us that night, and drank some beer. But he was different; his personality had changed. He told us about people we didn’t know, and seemed fixated on stuff we didn’t care about. We wanted the Ed who left Dunbar four or five months ago, not this Invasion of the Bodysnatchers pod version of him.

I mean, how could someone not laugh at a person running over a bag of trash with a pickup truck? Clearly, college had ruined the man. I congratulated myself for dropping out, and avoiding such a fate.