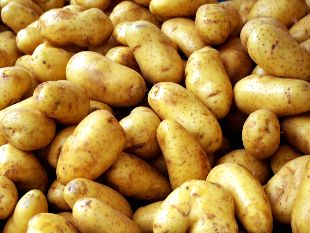 Hello Surf Reporters! I’m in the early stages of writing a non-fiction book that will feature — among other things — stories from my life. I’ve started the project twice, and the latest incarnation is different from the first go ’round. Because I’ve chosen a new approach, I’ve had to scrap quite a bit of material. And I thought I’d share some of it with you today…  This is part of a chapter that was shitcanned.  It’s not polished, but I think it’s kinda funny. Maybe you will too?

When I was in fifth grade my parents conspired to wreck my life. They began searching around town for a larger house, believing the family had outgrown our cramped but familiar place on 21st Street. The whole thing was ludicrous. Unthinkable, even. So, I launched a desperate campaign to set things right.

My approach was a complicated mixture of wild tantrums, dramatic displays of dark despair, level-headed adolescent logic, and threats of never going outside again. “I’ll just stay in and watch Hazel until I’m 30,” I pouted. But none of it worked. Their minds were made up, and my life was scheduled to be wrecked.

I had a good friend named Doug, who lived across the alley from us, and the thought of leaving him behind saddened me. He and I collaborated on many notable projects, such as slinging mud and eggs against a neighbor’s garage, and hosting an annual “haunted house,” which was mostly just the two of us throwing dirt clods at other kids in the dark.

When we were very young, during second grade or thereabouts, we caused a minor uproar by making something we called “poop sauce.” We took a bucket of water and added various ingredients, such as yard trimmings and mysterious chemicals from the tool shed behind Doug’s house. After it reached the right consistency and color, it was then time to fold-in the most important ingredient of all.

We spread out, Doug taking 22nd Street, and me canvassing 21st. The purpose of our quest was to secure a bounty of premium turds, to complete the concoction. I mean, you can’t very well make poop sauce without the poop, right?

Almost immediately I happened upon a pile of white dog crap, which used to be common in the 1970s, but is rarely seen nowadays. Wonder why? It’s a real mystery. In any case, I decided I could do better and continued.

But the trail went cold after I left the white cliffs of Rover. I didn’t see another dog log for an entire city block. Discouraged, I turned the corner and headed toward 22nd Street, hoping to meet Doug approaching in the opposite direction.

However, as I neared the alley, I spotted the most magnificent pile my eyes had ever seen. A single ray of sunshine seemed to illuminate the turds, causing them to glisten like the rare jewels they were. It was a gigantic pyramid of feces. I’m not even sure it was the product of a dog, it might have been a black bear, or possibly the school bus driver.

I pulled a box from a nearby trash can, the remnants of a Fritos fun-pack, as I recall, and used a stick to transfer the spectacular load to the cardboard surface. And I proudly marched with my prize, back to poop sauce central.

“Wow!” Doug exclaimed. He was as impressed as I knew he would be, and offered to discard his meager harvest.

“No, throw it all in!” I said, enthusiastically.

We mixed it with a tree branch, until the main ingredient dissolved and became one with the sauce itself. It smelled horrific, and nearly caused me to vomit. It was perfect!

Then Doug’s mother came out, asked what we were doing, and everything went downhill from there. Before I knew it my mother was there, too, and everybody was yelling, “Why?? What would possess a person to do something like this?!” I don’t know what they finally did with the sauce, but I’m pretty sure there were private conversations about child psychologists, and that sort of thing.

When we were older we got into more serious trouble, including the aforementioned episode with the eggs and the mud and a neighbor’s garage. But I still maintain the old bag had it coming. She was always screaming at us, and shaking a veiny fist in our direction. Oh, this wasn’t just some random crime – it was kid-on-bag justice. But, after we were caught, my dad whipped me with a belt anyway. It was a simpler time…

One afternoon we also found barrels filled with potatoes in a neighbor’s garage. Why they were there, I do not know; I’m not aware of people buying potatoes by the barrel-load. And I don’t know why we were roaming around inside someone else’s garage, either. These are details that can’t be easily explained.

But we saw that the potatoes were nothing if not throwable, and ended up flinging a dozen or more at the side of another kid’s house – a weirdo named Fred. His crime? General strangeness, and a penchant for tweaking his wiener. Always with the tweaking, and the pinching, and the twisting…

We’re lucky we didn’t knock out a window, or it very likely would have been a simpler time, again. Nothing was broken, but each potato made a satisfying THUD! as it hit the shingles on the side of the house. We were buckled over with laughter, believing this to be the absolute pinnacle of comedy.

Then Fred’s mother appeared. She was always described as the nervous type: very timid and jittery. Another of my neighborhood friends, Billy, said she had “the rickets,” but that has never been confirmed. On this day she came crashing out the front door, wearing her mean face and glancing quickly in every direction, like an agitated ferret. Uh oh!

Doug and I took off running, but not before launching two more high-arcing potatoes. We couldn’t see what happened next, because our backs were now turned, but heard two loud spud thuds followed by a blood-curdling scream. Good god, had we killed the woman? No, we’d both heard the potatoes hit the house, so it must have only startled her.

We couldn’t stop laughing. And Fred told Doug, later in the week, that his mother had been bedridden because of the stress brought on by the unprovoked “attack.” Heh. Nobody ever knew who was responsible, and I wish we could have seen their reactions when they found fifteen baking potatoes in their side yard.

At Fred’s house they also had a box fan in one of the windows, blowing in. My parents always had them blowing out, but this one was configured the opposite way. Every few days Billy would walk past and casually throw a handful of sand into the whirling blades, sending it flying all over their living room. One day he did this while the family was having dinner, and Fred’s dad came running into the yard, ready to kill something.

But it wasn’t always a meeting of the Future Assholes of America Guild on 21st Street. We also played a lot of baseball (mostly catch – we loved to throw things), climbed trees, caught lightning bugs, ate “sour grass,” bought orange push-ups off The Humdinger ice cream truck, and rode our bikes for hours and hours and hours. Sometimes we even followed the city Jeep that sprayed for bugs – the smoke truck, we called it – pedaling inside the big cloud of DDT, or whatever. And that might explain a few things, now that I think about it…

That neighborhood was the only world I knew, the only place I’d been a kid. I’d gotten my first bee sting there, and jumped my bike across a pile of 100 rocks in the alley, like a junior Evel Knievel. My friends and I walked to Charlotte’s Grocery every summer day, for penny candy and blue Slushies that made our shit turn green. And at dinner time it smelled like pork chops, fried potatoes, and pinto beans – the whole block.

The thought of leaving seemed impossible; it was a part of me, and I was a part of it. I wondered if I’d cease to exist if I wasn’t allowed to exist there. Every morning, as I woke, I immediately remembered my days were numbered, and it felt like there was a cannonball inside my gut. It’s a wonder I didn’t worry myself bald at the age of eleven.

But the dreaded day eventually arrived, and we left our home, and my friends. Doug and I were blood brothers, literally. We’d each sliced open a finger, and mashed our open wounds together – something we’d learned from some TV show I no longer recall. The pain of breaking up our little ring of terror was considerable.

My family and I moved all the way to – get this – 17th Street. That’s right, the new house was only down four blocks and over one, but it might as well have been Chernyakhovsk, Russia. I didn’t know any of the kids there, and was now zoned for another elementary school (gulp!). Just like that, everything was upside-down.

My life was officially wrecked.