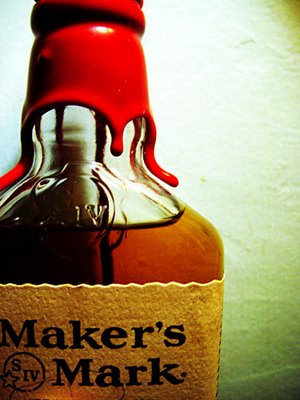 Five Guys The older Secret doesn’t like it, for some unfathomable reason, so we only go when he’s off doing something else.  On Saturday he went to a football game with one of his Hair Bear Bunch peeps, and we seized the opportunity.

For the first time I altered my cheeseburger choice, and requested (in addition to lettuce, tomato, onion, mustard, and ketchup) green peppers.  I noticed it on the list recently, and my WTF? meter went wild.  But the more I thought about it…

Yeah, and it was really good.  I recommend it, if you’re so inclined.

I wish they offered cucumber, ’cause I wouldn’t mind giving that a shot as well.  It was a sangwich topping choice at a restaurant (bar) in Greensboro, and I thought it was surprisingly good.  Perhaps I’ll smuggle in three or four slices of cuke next time, in a baggy?

Do you put anything unusual on burgers/sandwiches?  How ’bout hot dogs?  I saw a large-nostriled fellow load his hot dog up with a quarter pound of mayonnaise a few days ago, and I threw up a little inside my mouth.

Use the comments link to tell us about it, if you’re prone to the novelty toppings, etc.

And while we were enjoying our burgers (fukkin great, as usual) something strange happened.  An older couple, probably in their seventies, went to the counter and placed their orders.  Then they had a seat, and the woman immediately removed a brown paper bag from her purse.

And she proceeded to fill it with the free peanuts Five Guys has sitting around in crates.  She acted like it was the most natural thing in the world; she didn’t try to hide it, or anything.  She just stood there and shoveled handful after handful into her sack, then rolled down the top and sat it on the floor beside her purse.

Toney and the younger Secret had their backs to the action, so I was the color commentator for all this.  And as I went on and on with “Can you believe that?!” the woman rose from her seat again.

And this time she grabbed one of the paper bowl-type things you’re supposed to use for the peanuts, and emptied all the iced tea lemon slices into it.  Then she put another paper bowl over the top of it, and buried it deep inside her purse.

What kind of crap is that?!  It’s almost shocking.  Almost.

It’s the same kind of thing that ruined the one decent Chinese buffet in town.  Shitkickers would go in there and fill a laptop bag with sesame chicken, load a Dairy Queen cup with shrimp, and waddle out with their Hammer pants sagging from the weight a dozen egg rolls.

The yuppie bar Toney and I like to get away for an hour a week, just the two of us.  It’s often full-on chaos at our house, with everyone going in different directions, and all manner of craziness happening.  So, we try to sit down with a pint or two on Saturday afternoons (or lately, Fridays during happy hour), and catch up.

This week we visited the yuppie bar on Saturday, before dinner.  I don’t really like the yuppie bar that much, it always smells like a urinal cake, but we don’t have many options.  Ever since our beloved Jim Dandy’s closed, we’re kinda stuck.  Toney refuses to visit the dive bar, so we’re left with chain restaurants, or the Piss Biscuit Bar & Grill.

But, to be fair, they usually have a decent lineup of beers, at reasonable prices.  So we tolerate the funk.

This time I started with a Victory Hop Devil, then switched to Newcastle Brown Ale.  Both were tasty.  I like Hop Devil, but it’s one of those situations where two’s too many, and one ain’t enough.  I always limit myself to just one; it’s a good beer to start with.

We’re not usually at the yuppie bar so late in the day, and the dinner crowd was starting to arrive as we were preparing to leave.  And you shoulda heard all the weird-ass “specials” the waitresses were flogging…

It makes me uneasy, if you want to know the truth.  A bar should serve nachos, hot dogs, greasy burgers, steak fries, and not much else.  When I hear the words “with a mint jelly glaze” I have a strong suspicion I might be in the wrong drinking establishment…

The liquor store A couple of weekends ago we experienced a false start to Bourbon Season.  We had a bottle of Early Times in the cabinet, left from last Christmas, and got caught-up in the fallness of it all.

But it didn’t take hold, and felt less than genuine.  The season is supposed to be kicked-off with a bottle of Maker’s Mark, not some leftover crapola from way back on a shelf somewhere.

So, we corrected the problem, and officially got the season underway this past weekend.  And it seemed real this time.

Generally speaking, I’m not a liquor kinda guy.  But during this time of year, a little whisky (or whiskey) hits the spot.  Why is that?  Why is there a Bourbon Season?  The thought of Maker’s Mark in summer seems almost impossible to me.

It’s all tied to autumn, absolutely.

Target Toney had to pick up a few things, and we tagged along.  And I decided to buy a copy of Dark Side of the Moon from their $9.99 rack.

I probably haven’t listened to that album in close to twenty years, and it’s not an exaggeration.  I never owned it on CD, and almost never listen to classic rock radio stations.  But I thought the price was good, and feel like every serious collection should contain it.

And yeah, it still sucks.  I never liked Pink Floyd much.  Oh, they had their moments, but overall… no.  They’re artsy-fartsy and pretentious in my opinion, the musical equivalent of mint jelly glaze.

As far as I can tell, there are only four or five real songs on Dark Side of the Moon.  The rest is just sound effects, and reminds me of those CDs stereo stores use to demonstrate speakers.

Incredibly lame.  The most overrated album of all time?  It’s gotta be way up there.  Am I wrong?

What are the most overrated “classic” albums in history?  This should be fun…  Argue about it in the comments, my friends, and I’ll be back tomorrow.