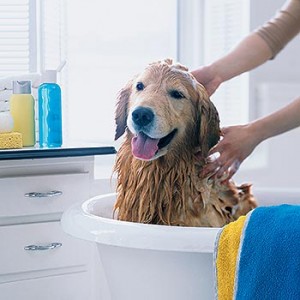 Last night at work they brought in four slushy machines, and told us to have at it.  They do that kind of thing, from time to time…  So I had roughly two gallons of blue raspberry during my ten hours there.  Man, it really hit the spot on an evening when the air was so thick you practically had to swim through it.

But there were side effects.  I don’t want to be overly graphic here, but this morning I was doing full double-takes in the bathroom.  It was an amazing thing to behold:  military green!  I almost saluted.

A few that were mentioned:  Dirt, Meatball, Giant Ant, Raintree, HiHo, Jody-Hook, the Hag on the Fire Door, Eats, Raz-R-Sharp, Sour Cream, Mooch, and Hate Him.

I could go into the back-stories of all those, but it would take several days.  I’m just interested in your mean-spirited DIY high school nicknames.  Did you create them, too?  If so, tell us about it.  Use the comments.

As you might know, I remain a fan of the nickname.  In fact, Toney communicates with me in my own manufactured tongue, so as to avoid confusion.  She says things like, “You know that guy you call Sam Donaldson?” or “I ran into Triscuit Neck at the grocery store today…”

It’s a system that works for us.  Heck, if she used their real names, I’d have no idea who she was talking about.

And Toney does it, too.  She calls a co-worker “Dog Shampoo,” which cracks me up.  She says the woman smells exactly like Andy after a bath.  I’m laughing, just thinking about it.

So, what do you have on this one?  Anything?  We need to know.

Yesterday I was mercilessly mocked for listing the first fifteen songs my iPod played in shuffle mode, and asking you guys to do the same.  So, I’m going to do it again.  Here’s today’s list:

And check this out.  Surf Reporter Brian took it upon himself to rank the bands everyone listed in yesterday’s comments.  I think he cut it off around 11 am EST today, and it’s one hell of a tall list.

Apparently Nancy and fambly will be passing through our town this afternoon, on their way to North Carolina.  Or is it South Carolina?  In any case, they’ll be here around dinner time, and we might break gluten-free bread with them.

I’ll let you know what transpires, if anything.

And finally, from the Stealing Clive Bull‘s Topics desk, I’d like to know if you own every episode of any TV shows, on DVD.  I have several:

I also own every set available so far of LOST, Green Acres, and SNL (seasons 1 thru 4).  And I have about seven seasons of Friends, all secured for free through my previous employer, as well as the first three seasons of Spongebob — back when it was genius.

What about you?  Are you a TV on DVD person?  If so, tell us what you got.

And I’m stopping right here.  I don’t feel so hot.  I might have to go for another olive drab sitdown.  Something ain’t right…