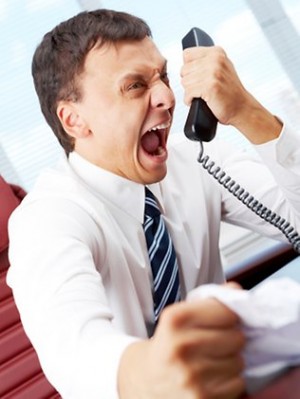 I was driving to work yesterday, and some shit pouch was riding on my bumper again. I was going about 80, and this dude still wasn’t happy with it. Grrr… It’s one of the most annoying things in the world, and I always find myself wishing for the power of the Firestarter, whenever it happens.

Yesterday I moved over, the asshole jetted past me, and I got a good look at him: early twenties, white with ludicrous sideburns, wife-beater, dipshit baseball cap like Beiber, seat reclined too far back. God, how I hated him. I tried to will all four of his tires to blow out, simultaneously.

Then I started thinking… I’d love to have a ten-gallon tank installed in the rear of my car somewhere, and get it filled with raw sewage. It would have to be airtight, of course, so there would be no stink. Then there would be a button on the dashboard that would cause the contents of the tank to blow through a network of tubes, all over the windshield and hood of the car behind me.

It would be fantastic! Whenever someone began following too closely, I could serve them up a hardy stew of liquid shit, fermented piss, tampons, and partially decomposed toilet paper.

Does anyone know the phone number to the U.S. Patent Office?

I’m loving my new car, but am terrified of the First Ding. Ya know? Right now it’s perfect, and I’m going to be sad in my soul whenever that comes to an end. So, I find myself walking long distances, from less-populated sections of parking lots. It happens every time I get a new vehicle, this obsessive drive to delay the First Ding.

Hell, I see how people are. They swivel around on their enormous hams, and KICK their car door open with both feet. And they leave their shopping carts wherever the things happened to stop being of value to them… Sometimes it feels like it’s me against the pigs.

Of course, when it finally happens, and the mourning period is over, I’ll be free. Right now I’m a bundle of nerves, whenever I leave the house. The First Ding will be horrible, but also a weight lifted from my shoulders. It’s all quite complicated.

I forgot to tell you guys about this… A few weeks ago, when the boys were still in school, the older hooligan sent me a text message in the middle of the day.

It said: Can you send me a list of obscure fast food restaurants? Places that people around here wouldn’t know?

So, I sent him these: Hardee’s, Krystal, Checkers, Bojangles, Popeyes, Carl’s Jr., Jack in the Box, In and Out Burger, Del Taco, White Castle, Tastee Freez, Panda Express, Baja Fresh. Is that enough?

A few minutes later he wrote back: Yeah, thanks. I just got 10 points, extra credit.

And I’ve never remembered to ask him about it. What the hell, man? What class was he in? What were they talking about? Extra credit for Tastee Freez? It’s weird. I’m glad I could be of assistance, though. He goes to his mother for help with math and science. But whenever he needs information on the important stuff, he turns to me.

My boss accepted a job at another company. Last night was the last time I’ll ever work with her, and it sucks. She’s really great. I almost got choked up when we were saying our goodbyes.

She knew I was capable, and left me alone. I could turn to her for advice, and she offered it when she felt it was necessary, but basically I was just allowed to do my job. And that’s quite rare.  I’ll miss her, and worry (needless to say) about who might be her replacement.

For a Question, I’d like to know about your best boss ever, and your worst. You can describe them however you’d like.

I’ve worked for micro-managers, who made me insane. And I’ve worked for assholes who “led” via unrelenting intimidation and yelling. But I’ve also had some really good ones along the way. So, list their general attributes, or get more personal. Whatever’s cool with me. Just don’t give us their full names, OK?

And that’s gonna do it for today, my friends. I’ll be back soon.