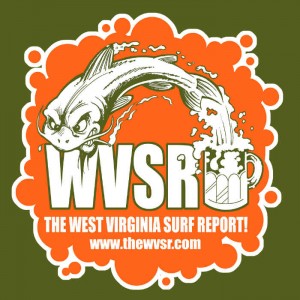 I was driving home from work last night (this morning), on a deserted highway which eventually feeds into the cluster-copulation that is I-81.  George Noory was on, and I was fiddling with the radio, trying to find a station with better reception.

And, after only two or three seconds, I looked up, and there was a GIANT deer standing in the middle of the road.  Just standing there, like it was made of ceramic, right in front of my car.  And the floor of my ass nearly fell out.

Instinctively I maneuvered around it, and almost went up on two wheels.  And it wasn’t a conscious move either, my central nervous system just kicked-in and took over.  I went careening onto the shoulder, then back into the lane, before I even knew what had happened.

There was an insta-spike of adrenaline, and my heart was banging around like an unbalanced washing machine.

What the hell, man?!  Was it locked-in on my headlights, or something?  Is that what they do?  I don’t know, but it was scary.  I’ll find out when I leave for work in a little while, but I think I might’ve shit the headrest.

A few weeks ago we were in Target, and I bought something on a whim.  It cost a little less than ten bucks, but turned out to be one of the most useful items at the Surf Report Compound.  I have it in the bunker here, and don’t know how I got by without it for so many years.

And this time I’m not setting up a joke… Here’s what I’m talking about.  Oh, we have other flashlights around the house, some with functioning batteries and some without, but this one is kept by my computer and is the current Greatest Thing Ever.

Toney and I (Toney) are considering ditching our home telephone, altogether.  It’s rarely used, everyone calls our cell phones, and costs us more than fifty bucks per month.

Have any of you done this?  What’s the downside?  One that jumps to mind is that the home phone can be heard ringing all over the house, because there are three extensions.  But with a cell you might not hear it, if you’re not in the same room, or if it’s left on vibrate.  Right?

Anyway, what are your thoughts on this dilemma?  Have any of you taken the plunge on it?  I feel like we’re flushing fifty dollars down the crapper every month.  And fifty dollars will buy a lot of beer and cheese blocks.

Yesterday I signed up for a continuing-education class at the University of Scranton.  It’s called HTML and JavaScript Basics, and will be meeting on two consecutive Thursdays in January.  Twelve hours total, compressed into two days.

The reason?  With WordPress I regularly need to perform minor manipulations of code, and don’t know what I’m doing.  Don’t know shit.

The University offers a web page design certificate, which includes the class I’ll be taking, and if I like it I might do the Full Monty and get the certificate.  But we’ll cross that burning bridge when we get to it.

It’s gonna be weird being in a classroom again.  I took a fiction writing class in California, but it was basically just three people sitting around talking.  Before that it was probably my half-assed attempt at college, in the mid-1980s.

I told my friend Tim about it yesterday, and he said, “You’re not gonna run the teacher’s shoes up a flagpole, are you?”  Which is a reference to something that happened in high school…

“That’s completely up to him,” I answered.

Do you have any experience with continuing education classes?  I’m always intrigued by them, but never actually take the time to enroll.  What about you?

And finally, I spoke with the T-Shirt Lady yesterday.  She said she’s still waiting on the full bolt of fabric sizes to arrive at her place, but thought she’d have them today.

She’s estimating our order will be ready for pick-up sometime on Friday.  And if that happens Toney and I will lay in some quality beer, and set up a makeshift distribution center in the family room.  Our goal will be to process every order in one marathon session.

So, if you want the kick-ass Evil Twin-designed West Virginia Surf Report v. 4.0 t-shirt before the “winter holiday,” get your orders in today.  You don’t want to miss our hops and barley-fueled all-nighter this weekend, because it’ll probably be another full week before I’ll have the opportunity to tend to it again.

And I want to publicly thank Evil Twin’s Wife who simultaneously “pimped” her husband, and the new shirts at her site recently.  Very cool.  You guys have gone above and beyond, and I appreciate it.  Also, the new look of the site is kick-ass!

That’s going to do it for today, boys and girls.  Have yourselves a great Wednesday, and remember to steer every conversation toward Cobb salad tomorrow.

Do it for the children!