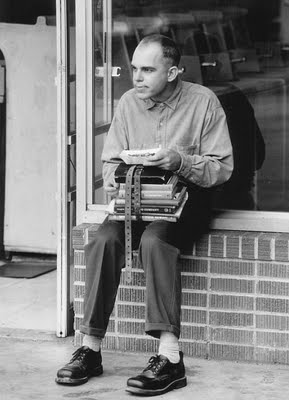 A few days ago I was in Wendy’s and decided to give their new cod fillet sandwich a try.  I enjoy a good fish sandwich, and even a few questionable ones (McDonald’s Filet-O-Fish, for example).  And the TV commercials for that new Wendy’s deal had successfully captured my attention, which isn’t an easy thing to do; I’m usually just sitting there like Slingblade.

Yeah, but it turned out to be a tactical error.  I could barely finish my lunch.  Clearly, they use an ice scream scoop to administer the tartar sauce.  Holy hell.  Every time I took a bite that shit would ooze in a full 180-degree spectrum.  It’s all I could taste, and before it was over I had tartar sauce on both forearms, and in my hair.

Never again.  I even scraped off a bunch with a plastic knife, and there was still too much.  Unless you view your sandwich as nothing more than a tartar sauce transfer platform, I would steer clear of the “premium” cod fillet sandwich.  Seriously.  NOT good.

And speaking of eating at Wendy’s all the time…  I blew the full ass out of another pair of jeans a few days ago.  I moved in a certain way, there was a loud ripping sound, then… a sudden change in temperature on the surface of my butt.

Another one bites the dust.  I’m just thankful I’ve never exploded a pair of pants while at work.  I’d have to go home in disgrace.

I’m thinking about buying a large tote, and starting to warehouse the many pants my ass has destroyed.  Someday I might curate everything, and open a museum.

Recently I thought about someone I knew from a million years ago, and found his page on Facebook.  He looked a lot older in the photo, but it was certainly him.  So, I fired off a friend request, and moved on to other things.

A few days later I received an acceptance email, and decided to send him a quick note to see what he’d been doing for the past 25 years or so.  But before I wrote it, I scrolled through his recent posts.  And it turns out he’s been dead since 2009…

What the?  I kept reading, and apparently a family member maintains the page as a memorial of sorts.  I don’t know what happened to him, but he was younger than me and it was kinda shocking.  I didn’t much care for it.  Pass the beer nuts.

I have to take part in a so-called focus group today at work, and have to leave an hour early.  So…. we’re nearing the end of this bitch.  Sorry it’s so abbreviated.

What about you?  What would you name your fictional bar?  Please tell us about it, won’t you?  Use the comments link below.

And I’ll be back tomorrow with more of this solid material.