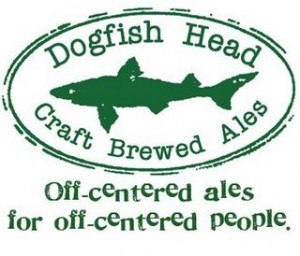 This morning I uploaded a whole mess o’ fresh Smoking Fish pics, here and here. Thanks to everyone who sent them in, and I apologize for taking so long to post a few of ’em. I’ll do better in the future, maybe.

If you’ve sent me a pic, and I haven’t posted it… can you please re-send?  It’s gotten lost, I’m afraid.

Yesterday afternoon I met Surf Reporter Buford (aka dr. drofub) at a bar in Scranton. We enjoyed a few Dogfish Head 60 Minute IPAs, and I jumped ship right before the point where you say fukkit! and throw common sense to the wind. I’ve been around long enough to recognize that point in an evening, and I’m fairly paranoid about ending up in a drunk tank with a man known only as “Chicago.”

But we sat and chatted for an hour or so, and it was a lot of fun.

To be quite honest, I’m hesitant about meeting readers of the site. ‘Cause I’m not an easy person to get to know, I’m pretty quiet and withdrawn in the beginning. So, I always feel like the other person will be disappointed that I’m not nearly as funny in person as I am on the computer screen.

Does that make sense? It’s not that I don’t like meeting folks, I’m just not the greatest with the schmoozing and the mingling. I’m uncomfortable with it, and hate to be the center of attention. I prefer to hang out in the shadows, observing… always observing.

But yesterday was a good time. Buford grew up in Sissonville, WV, not far from Dunbar, and has moved around as much as I have. He’s also a music nut, like me (we both logged many hours at Budget Tapes and Records, back in the day), so we had plenty of things to discuss.

And he’s also the guy who originally made me aware of the old Jean Shepherd radio show. And for that, I’ll forever be in his debt. Heck, I wouldn’t even want to live in a world without the Jean Shepherd mp3s…

When my book comes out (positive thinking), maybe I’ll do a few get-togethers in bars around the country? No readings in front of a crowd, or anything like that… just a bunch of us gathering at a watering hole and shooting the shit.

I think that would be fun. Plus, drunk people buy more books than sober ones, right? I’m almost certain that’s true. Maybe Borders should open a tavern in the back of their stores? Sure, there would probably be an occasional Herman Melville-fueled fist fight, but the good would outweigh the bad, I believe.

Any opinions on a beer-themed, bar-hosted book tour? Let me know your thoughts, and suggestions.

And all t-shirts have been mailed, except for the two that someone ordered yesterday (thank you!). I picked up the ten shirts I was shorted on Thursday, and had them at the post office within the hour. So, if you were one of the “lucky” nine, your shirt should be at your house now, or very, very soon.

I’m almost out of miscommunication shirts, only two or three 2X remain. All other sizes are gone. If you want one, now’s the time. Plenty of the blue/gray Evil Twin shirts are still available, though, and they’re the best shirt we’ve ever done.

I’ll see you guys again tomorrow. I have to go to work now, and start another week of “opportunities.” God help us all…