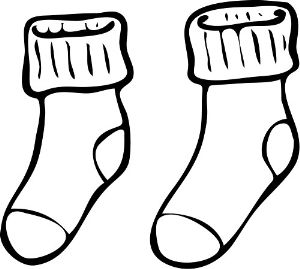 We hadn’t seen my parents in more than a year, which is indefensible.  Everybody’s busy, their West Virginia house is a ten-hour drive from here, and they spend half their time in Florida.  But all that just sounds like excuses, really.  If I’d made it a priority, we could have worked it out.  It was a permanent fixture near the top of my Big List of Shit I Feel Guilty About.

But a few weeks ago my mother called and told me they were coming for a visit, in a tone that said, “We’re tired of waiting for an invitation.”  However… I don’t accept that unspoken criticism.  I’ve told them many, many times they can come here whenever they want.  I mean, seriously.  They should know, by this late date, that an engraved invitation will not be forthcoming.  But an open invitation is ALWAYS in effect.

In any case, they were here over the weekend, and it was a good visit.  They never stick around long enough for the “one day too many” syndrome to kick-in.  Toney and I discovered this phenomenon many years ago, and I suspect my folks know about it, too.  They get in and get out, and it’s not enough time to disrupt your routine to the point of annoyance.  Plus, they’re just easier to deal with than most (all) of our other, um, long-term visitors.

My parents are 71 years old, and have always been youthful and energetic.  But my mother is starting to slow down a little, and that bothers me.  She’s no old lady, but she’s different than she was five years ago.  And I don’t care for it.  My dad, on the other hand, is exactly the same.

He told a long story about socks that was as nuanced and hilarious as anything Jean Shepherd could have produced.  He has a hard time finding socks that will fit, you see.  They’re either too small or too big, with nothing in between.  He says he has about fourteen pairs in his drawer that are so big the heel rides halfway up the back of his leg.

So, somehow he started wearing some of my mother’s socks — which fit perfectly.  They were exactly what he’d been looking for.  The only problem?  They had Hanes Her Way printed across the toe.

One day he was in Florida, and a man wanted to show him and a group of other guys some renovations he’d done to his house.  And before they walked through the front door everybody started kicking off their shoes.  He knew he was sporting the Hanes Her Way socks, and was thrown into crisis.

He considered taking off his shoes AND socks, but thought that would be weird.  He only had about three seconds to decide, and opted to just continue on without removing his shoes, at all.  He pretended he hadn’t noticed the others doing it, and walked into the house wearing his shoes.

This tale lasted for about ten minutes, and it was hilarious.  He gets as exasperated about things as I do, and tells a great story.  I wish I had a recording of it, I really do.

He insisted on paying for everything while they were here, which makes me feel uneasy.  We went out to dinner on Friday, and he snapped up that check faster than a cobra strike.  And we ordered three pizzas for dinner on Saturday, which I was also not allowed to pay for.  What’s your feelings on this?  Should I put it on my Guilt list, or just let it go?

We did have a big dinner at home on Thursday, which Toney and I cooked.  And it was excellent, I must say.  So, we weren’t complete food sponges.  What’s your opinion about visiting parents, who insist on paying for everything, right down the line?

On Friday all six of us piled into my folks’ new minivan, which has so many gadgets ‘n’ shit, it felt like it might belong to the James Bond of the ‘burbs.  Holy hell.  The dashboard was as complicated as a 747.  There was a TV screen, and USB ports, and all manner of craziness.  I couldn’t even take it all in.

Anyway, we went to Knoebels for the day, and it was a good time.  The weather was perfect:  sunny, but not too hot.

I rode three rides:  the haunted house, the Phoenix rollercoaster, and something new, called Black Diamond.  That last one is an indoor coaster type of thing, but it was kinda lame.  It’s not very exciting.

The Phoenix, however, was rocking.  I swear that thing goes faster every year.  I’ve ridden lots of roller coasters in my life, but that one seems to be one of the most extreme things ever.  And it’s just an old wooden coaster from 1947.  It runs wide-open, and I nearly shat myself on Friday.

And here’s my food list, as promised:  cheese fries, ice cream cone, barbecued pork sandwich, pierogies with sour cream, and frozen iced tea.  I feel like I should’ve done better, but started foundering after the pierogies.  It was a disappointing performance, and I hang my head in shame.

Here are some pictures I snapped during the day.  As you can see, it started raining at the end, but it held off until our day was done.  It was nearly perfect, and the boys had a great time.  They rode more than they usually do, and both fell asleep on the ride home.

Steve lives near Knoebels, and came over to see my parents, and ride some stuff with us.  He hugged my mother when he got there, which is something I never do.  We’re not huggers, never have been.  But I felt like he showed me up a bit.  Thanks, buddy!

I’m joking, of course.  But I’d like to know if we’re strange, never hugging and kissing and all that stuff.  What are you thoughts?  Do you come from a huggy-feely family?  I dated a girl many years ago, whose mother would hug and kiss me whenever I walked through the door, and my entire body would go rigid with awkwardness.  That’s just not the way we are.  Are we unusual?  Please tell me about it in the comments section.

And I think I asked a couple of other questions above…  Please set me straight on all this stuff.

And I’m calling it a day, my friends.  I hope you enjoyed this visit with my folks.  I’ll see you guys next time.