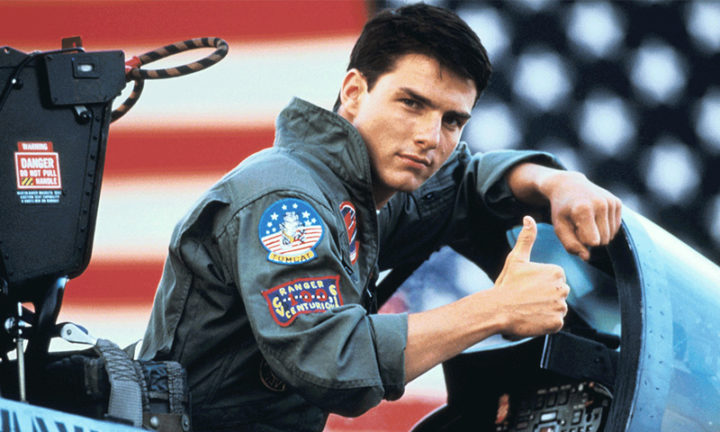 Just briefly… Andy hadn’t been doing well for the past couple of months. I didn’t mention it here because it’s not something I wanted to talk about. He was a medium-sized dog, and they’re good for 14 years if you’re lucky. Andy was 16 and a half and was in extra innings. I was thankful for the free baseball. But we all knew the score, and the score sucked. Why wallow in it?

He chugged along for a while, having good days and bad. It didn’t seem like he was in pain, which was obviously a good thing. And just when we thought the end was near he’d bounce back and string together a few days when the old Andyness was there again. But he eventually stopped eating, and there were other unpleasantries I don’t want to get into. So, the decision was made, and it was heartbreaking.

I thought I was prepared for it. It had been at the front of my mind for the past two months: the first thing I thought about when I woke up every morning. I spent a lot of time with the dog, knowing that someday soon those opportunities would go away. I told myself I’d made peace with it all, and would be fine when it finally happened. But I wasn’t fine. It felt like somebody drove a screwdriver through my heart. But we’re all doing a little better now. Time will take care of it. I’ve been down this road before.

Thank you guys for caring. I appreciate it, sincerely. But let’s move on, shall we?

Yesterday I was putting in my contact lenses, and the left one fell off my finger as I was attempting to seat it on my eyeball. I wear hard lenses — described by my mother many years ago as “like having a human toenail in your eye” — because one of my corneas is all jacked up. It’s shaped like the end of a football, a doctor once told me. In any case, hard lenses are the only thing that will correct my vision. Glasses don’t do it, and disposable floppy lenses don’t either. The ones I use are expensive and require time to manufacture. If I lose one, I’ll be walking around for days, maybe a week, in a poorer and fuzzier world.

So, when I lost control of the thing, I instantly panicked. Usually, when it happens, I can hear it hit the floor or the sink. There’s a small little tick! But this time I heard nothing. Was it stuck to my face? Was it on my shirt? I didn’t want to take a step, for fear I’d crush the tiny but powerful defuzzing agent. Grrr… I yelled for the younger hooligan to come help. He inspected my bulbous biscuit-head, found nothing, and didn’t see it stuck to my clothing either. Where in the hell did it go?? We both started crawling around on the floor, and could not locate it. It was crazy, and I was releasing an enormous amount of profanity.

Finally, I found it, stuck to the door of the vanity, just hanging there about a foot beneath the countertop. How?? How did it fall so far, and still hang on? It was almost defying gravity. And I’m not even sure why I thought to look in such an improbable place. But I was back in business, dammit. The relief I felt was like when you wake up from a horrible dream and realize it wasn’t real. I’m super-jealous of people who can just pluck those things out of their eyes, and flick ’em in the trash. I have to protect mine like they’re the keys to the universe.

The computer I’m using right now doesn’t work correctly. It’s only a few months old, and I’ve had it in “the shop” twice already. Nobody can diagnose the problem, and I get the impression I’m not always believed when I describe what’s going on. Yesterday I took it in, and the dude was eyeing me suspiciously. I think I might be entering an age bracket where it’s assumed I don’t know shit about technology. And it pisses me off. Sometimes when I’m using the self-checkout at the grocery store some chirpy 14-year-old girl skips over and asks if I need assistance. This fires me up, and I generally react in a way that causes them to walk away wounded and muttering, “Jesus…”

Anyway, it’s working now. The fleshy neckbeard nerd told me he thinks it’s overheating. The man is clearly just pulling theories straight out of his big speckled ass. But, we’ll see. I’m going to start turning it off when I’m finished, and see if it helps. I know in my heart it won’t, but I’m willing to give it a try. Everything’s just freaking fantastic, I tell ya. 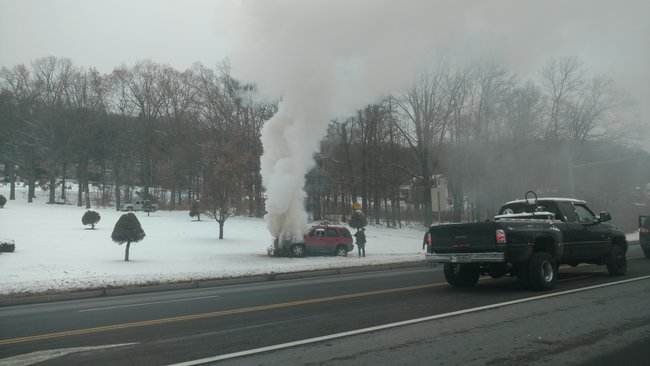 On Sunday I was driving to Target and passed this situation. I stopped, rolled down my window, and snapped the photo. I was mildly concerned there would be a spectacular explosion and I’d end up with a dashboard through my torso, but it didn’t happen. There were guys out there hollering, waving their arms around, and taking charge. Who are these people? And why do they always drive pickup trucks?

See that little tree near the road? Well, the SUV is sitting on top of another one, just like it. I have no idea what happened. Why would it catch fire like that? Oh well. I’m sure it’s all just a big misunderstanding.

I need to go now. Another reminder: please use our Amazon links, and buy very expensive items. Like cars. Does Amazon sell cars? I’m unclear on it. Anyway, please remember to click through before doing your holiday shopping. It’s a big help if you do. Thank you, guys.