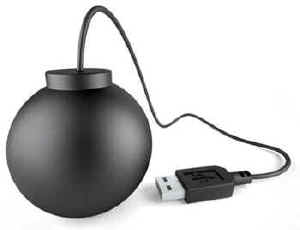 I’m experiencing some low-grade irritation this morning.  Oh, nothing to send my hand sailing through my hair — not yet, anyway — but enough to cause me to periodically growl like a dog, and mutter bitches, balls, and associated phrases under my breath.

Please allow me to explain…

First of all, someone in India bombarded the Surf Report with comment spam over the weekend.  He (I assume) left a cubic yard of incomprehensible messages, each containing a link to a page selling air purifiers(??).

I stupidly let the guy in, after his first comment went to the moderation queue and seemed authentic enough.  I approved it, and that allowed him to post directly to the site.  So, while I slept on Friday night, he went to work…

And when I stumbled to my computer the next morning it was just a jamboree of broken English, straight-up gibberish, and humidifiers.  What in the Queen Anne-style hell??  It took me a half-hour to delete all that crap, and mark each comment as SPAM.

Then another, smaller wave came pouring in, which I zapped within seconds of it hitting the site.  I noticed he tried to post more comments since, but they’re now going to the spam folder.  So, maybe it’s over.

Then a reader informed me that the site isn’t indexed at Google — once again!  Last week (I think) I found out the Surf Report had apparently been hacked, and dozens and dozens of invisible spam links were inserted into the source code.

This is done to increase Google rankings for rip-off artists.  They somehow gain access to sites with genuine traffic, insert their links, and hope the Google spiders and robots will believe they’re genuine links/endorsements.  Thus “earning” their shitty sites a higher ranking in search results.

So, I had the bad code removed, changed my admin passwords, and applied for “reconsideration” at Google.  They let me back in, and I thought the issue was behind me.

But now it’s happened again.  All those invisible links are back, and I’ve been re-booted from the Google search engine.  If you do a search for “wvsr” you now get a radio station, and the West Virginia Split Rail company.  Grrr…

Plus, the RSS via email feature worked for a couple of days, and promptly shit the bed again.  I have no clue what’s going on there, and don’t have much time to devote to it.  But the situation is triggering many of the “bitches and balls” outbursts.

And I allowed the t-shirts to get away from me.  Again: my fault.  All have now been mailed, though, with the exception of five or six orders for the miscommunication shirts.

I wasn’t paying close enough attention to it, and oversold a couple of the sizes.  So, being the fantastic businessman that I am (America’s Richard Branson!), I had to order more of the fuck-up shirts — at full price.  Therefore, I’ll be losing money on those five or six orders.  But it’s my problem, and not a big deal.

I’m waiting on a minimum order (24), which should be ready momentarily, and I’ll take the percentage mailed from 99% to 100%.  I apologize for the delay, but the shirts look pretty great, and hopefully that’ll be enough to buy back your love.

And speaking of Surf Report shirts…  I reduced the price of the blue/gray Evil Twin design — probably my all-time favorite — to $15, all sizes.  That’s a three dollar discount on the big ‘uns, and a dollar off the regular sizes.  Shipping is included, of course.

I did raise the price on the miscommunication shirts to $12, because of the full-price reorder, but that’s still a heck of a deal.

And I’m making this promise, because I want to be fair and can’t take the stress/guilt, to anyone who buys a shirt from this day forward:  I’ll turn all orders around within 48 hours.  I’ll try to get it into the mail the next morning, but no later than the following day.

That is, of course, after the 24 shirt miscommunication reorder arrives…  As one of my old bosses (now deceased) used to say, “You can’t ship what you ain’t got.”  But I should have them in a couple of days.  The other styles are on-hand, and ready to go now.

And I know this update is turning into some kind of bizarre diatribe about behind-the-scenes boolshit, like Lenny Bruce near the end.  But these are things I needed to get off my mannery glands…  I want to keep you guys in the loop.

Now for the pisser to end all pissers….  Yesterday I went to work, as I do on every Sunday afternoon, and my boss was there.  He doesn’t work on Sundays, so this concerned me.

“You’re supposed to be off today.  I came in to cover for you.”

“Remember, I asked if you could work this coming Friday?  And I said you could take Sunday off, if you wanted?”

So, I was supposed to have an extra-long weekend, but forgot.  I reported for work on a day-off!  How is that even possible?  I don’t forget these kinds of things — ever.

But since I’d driven 36 miles, he said I could take Wednesday off instead.  So, I’ll be working Sunday thru Tuesday, and Friday.  I guess that’s a decent compromise.  But I’m still a little rattled by it all.

Everything’s getting away from me.  Is there such a thing as time-released retardation?  I’m afraid I’ll be sticking lunchmeat to the wall, by 2012.  I really am.

And that’s gonna do it for today, my friends.  I don’t really have a Question, so just tell us what’s pissing you off today.  Use the comments link to bring us up to date on it.