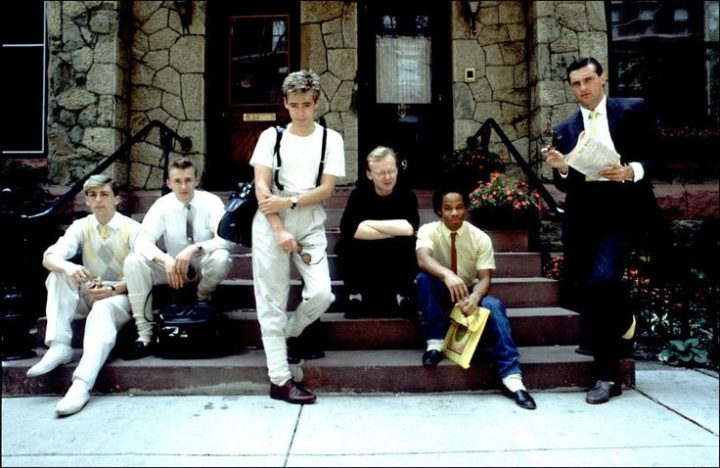 Several weeks ago I got a haircut from some unknown woman who botched it nine ways to St. Louis. I’m thinking she must have lied to the managers of the place, and told them she’d cut hair before. So, they hired her and, like a scene straight out of a 1980s sitcom, I came strolling through the front door, whistling and smiling and completely oblivious.

I get a very simple procedure: clippers, using the 2 and 4 guards. “Two on the sides and 4 on top?” they always ask. Yes, I prefer not to look like Martin Van Buren, thank you very much.

Anyway, it’s very simple and takes no more than five minutes in the hands of a professional. But this bitch didn’t know what she was doing. And I say bitch, because she was also unfriendly, with a pronounced white trash edge. She did everything out of order, and it was one of my worst cuts in recent memory. She was semi-hostile the whole time, probably to discourage me from challenging her lack of abilities. The whole thing was highly unsatisfactory.

There was a ridge going all the way around my head where she abruptly switched from 2 to 4. Generally, they blend that shit in, but she did no blending. I suspect she didn’t know how. Plus, she cut the sides, then went straight to sideburns and neck, before cutting the top. It’s unorthodox. Sideburns and neck are what happens at the end, not in the middle. I knew that as my hair grew over the next couple of weeks it would be all unbalanced and wonky, like a goddamn rhombus. But I didn’t dare push my luck with this hard woman: she might snatch a straight razor off the counter and open my throat.

But the point of all this isn’t about the bad haircut. It’s about the tip I gave her. I don’t use cash for anything unless I have no choice. And this place does not allow you to write in a tip while paying for a haircut. It’s weird. So, I always have to go to Sheetz beforehand and get $5 out of the money-for-nothing ATM. It comes out as five one-dollar bills. And that’s what I generally tip: $5 on a $12 speed-sheering.

No way was I giving this person five bucks, though. She didn’t deserve anything, and certainly not the max. So, I reluctantly gave her $2. I thought it was low enough to be insulting, but not a complete slap in the face. It felt right.

But then… I had three one-dollar bills in my wallet. I knew I’d never use them. When I say I never use cash, I mean that literally. I never have any, and it never occurs to me. These three singles might hang around for years. Years, I say! I thought about maybe waiting until my next haircut, and just getting $2 out of the ATM. My shit would be going full-rhombus in just a matter of days, and I’d be right back over there begging for an adjustment. But I didn’t like that plan. It’s not like it would save me a trip to the ATM. There was no upside to it. And I just felt uneasy with three loose dollar bills in my wallet.

So, I gave them to Toney. “Please take these,” I begged her. “They’re causing me a low-grade anxiety.” At this point, she doesn’t even question these types of things, and just took the money. My explanation would likely annoy her, and she’d pepper me with a hundred logical ways I could’ve gotten rid of the three dollars, which would’ve annoyed me. So, she just rolls with it.

However… I’ve been back to that place several times since then. And just this weekend I got another bad cut. I’ve never seen that horrible woman there again — I assume she was fired or arrested. But some girl who looks 14 years old, and that’s not an exaggeration, did an awful job on me. She clearly didn’t know what she was doing and kept positioning herself so that her right armpit was basically mashed against my face. It’s not ideal, a full armpit to the face. And the cut is an abomination. She did some rudimentary blending, but something is off. I don’t know. I’m getting pissed. There are some talented hair artists there, but they work on the old ladies who make the appointments, etc. And they use the misfits and societal castoffs for us walk-ins.

But, she got the full $5. No way was I going through all that again. It’s too stressful. So, now I’m in a position where I’m forced to overtip the incompetent, to avoid the issue of problematic residual moneys? Why does everything have to be so difficult?!

You guys are with me on this, right? …Hello?

I have to go now. I’m a little worked up if you want to know the truth. For a Question I was thinking about asking how you’d rid yourself of three one-dollar bills. But I know a few of you will say something like “How about giving it to the needy, asshole, or the center for hand cancer research?” and make me appear petty and uncaring. So, screw it. I’m just going to go to work, and continue scowling there.