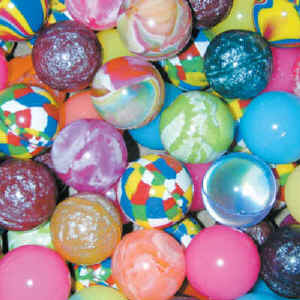 Our basement is a disgrace, and it’s mostly my fault.  I’m kind of a pack rat, you see, and there are countless boxes down there filled with “souvenirs” from all periods of my ridiculous life.  It makes Toney crazy, and we’ve had more than one argument about it.  Many more than one, in fact.

A couple of weeks ago we were looking for something specific in the basement, and Toney unearthed a rich vein of artifacts from my grade school era.  She held up a ball of red and blue electrical tape, and said, “Why the hell did you keep this?”

I explained to her that when I was in fifth grade the teacher created a giant diagram of a human heart on the floor of our classroom, and would have kids walk through it and announce each part of the organ as they progressed.  And after she was finished with it, she asked me and Danny J. to pull up the tape.

“And there it is…” I added, dramatically.

But my wife failed to grasp the historical significance of the item, and rolled her eyes in exasperation.  If it were up to her, I know, she’d just throw that big wad of used tape into the garbage.  And can you even imagine such a thing?

On that day Toney also found a battered, and much-used Duncan yo-yo, from roughly the same time period.  And it got me to thinking about the elementary school fads that rocked our world.  Stuff that somehow took-hold with a white-hot intensity, and swept through all the grade schools of our town, and probably beyond…

Below I’ve made a list of the fads that come immediately to my mind.  It’s certainly not definitive, but maybe you guys can help make it more so?  After I’m finished rattling on, please use the comments section to tell us about the elementary school fads you have known.  OK?  OK.

Yo-yos In fourth grade, or thereabouts, every kid in town carried around a yo-yo, like it was 1947 or something.  It’s hard to imagine, but we all attempted fancy tricks like “Walk the Dog,” “Around the World,” and possibly the “Dirty Sanchez?”  I’m unclear on it.

I remember there was a TV commercial at the time, selling a book (this was the pre-video era) that supposedly taught you all the tricks.  And during the ad some doucheketeer showed us how cool we could be, by demonstrating the various yo-yo maneuvers.  He was a master!

And I believe it was that commercial that triggered the frenzy.  Every teacher in our school had a drawer-full of confiscated yo-yos.  After the fad fully kicked-in, the school engaged The Clampdown, as usual, and wouldn’t allow us to have our yo-yos anymore.  No fun allowed!

Oh, and it HAD to be a Duncan yo-yo.  It couldn’t be some cheap piece of crap from a Revco dumpbin.  Oh no.  All self-respecting yo-yoers rocked the Duncan, and nothing else.

Clackers These were two hard plastic balls, connected by a length of string, and you’d “clack” them together.  Here’s a video of some dude demonstrating.

Clackers were briefly as popular as yo-yos, but kids started getting their teeth knocked out (reportedly), and going home with big knots on their heads…  So, they were quickly banned from schools, and then from stores.

Heh.  I guess people would get them clackin’ real fast, and something would go askew?  It makes me laugh, just thinking about it.  I never knew anyone who was hurt by a set of Clackers, and wonder how true those stories really were.

Super Balls These were just small rubber balls that could bounce like a motherfucker.  We’d get them from bubble gum machines inside grocery stores, and they came in many colors and varieties.  I think they cost a dime each.

And for a while every boy in the universe (our universe, anyway) walked around bouncing the things, almost absentmindedly.  We’d also throw them straight down at the ground, to see how high we could make them bounce.  It seemed like they’d go sailing twenty stories into the air.

I also remember us going into the bathrooms at the elementary school, flinging a ball at the wall, and covering up.  I don’t know why we thought this was fun, but we did.  Every class had a tiny bathroom, and we’d unleash the Super Balls in there, and would often emerge with a big red welt on the sides of our necks, to the delight of everyone else in the class.

We were kinda stoopid, now that I think about it.

Frito Bandito erasers During the 1970s, the Frito Bandito was the cartoon spokesman for Fritos corn chips.  He was a Mexican who spoke with a lazy accent, wore a sombrero, carried guns, and talked about robbing and looting all the time.  For some reason people thought this was racist, and demanded the Bandito be put out to pasture.  And he was.

But before the crybabies ruined all our fun, there was a full-blown elementary school fad involving the Frito Bandito eraser.  Here’s an old TV commercial that explains what they were.

Every kid, boy or girl, had at least one of these things, and they were extremely valuable.  You had to be careful, or someone would jack your eraser, and completely shatter your world.

I remember being in Kroger (aka Kroger’s) in Dunbar, and all the six-packs of Fritos were plundered.  The plastic wrapping was ripped on every single package, and the erasers had been removed by junior criminals.  Oh, those things were a hot commodity, and probably should’ve been stored inside a cage, like the iPods at Sam’s Club.

Pro Keds In grade school. sneakers were incredibly important. And for a while Pro Keds were at the very pinnacle of the “tenna shoe” hierarchy.  They were just normal looking things, but had a small red and blue stripe on the side.  Here’s what I’m talking about.

Converse All-Stars were also very popular during that period, and maybe a few others.  Who the hell knows at this point?

Off-brand sneakers were called “dobies,” and there was no greater shame than to come to school wearing a pair of dobies, or even worse… “K-Mart dobies.”  Luckily, I was able to convince my parents of the importance of all this, and always had reasonably fashionable footwear.

Now I’m going to turn it over to you guys…  If you have anything on the subject of elementary school fads, please tell us about it in the comments.

And just so you know… I also remember some lower-grade fads surrounding paper footballs (remember those things?), Bic Banana pens (heh), and various lunchboxes (Planet of the Apes, Hot Wheels, Evel Knievel, etc).  But they were second-tier fads, and never reached critical mass.

What were the hot items at your school?  Tell us about it, won’t you?