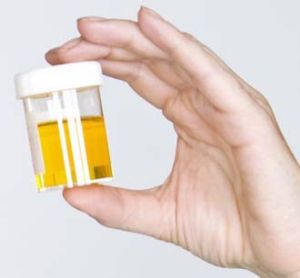 I went full-Nostrils today, and stayed home.  I was planning to work ten hours, but there’s a limit to everything and I’ve reached it.  Over the past month I’ve logged so many hours in that place… just the smell of it makes me sad.

I worked until about 6:00, was a walking “zambie” (as one of my Greensboro co-workers used to say), and kept dozing off while driving home; my head was snapping up and down like I was at an Anthrax concert.  We had pizza for dinner, and I was OUT.  Toney woke me around 8:00, and I was still in a seated position on the couch.  She told me I was snoring, and needed to go to bed.  I don’t think she could hear the TV…

And I slept, straight through, until about 6:30 this morning.  When I shuffled downstairs Toney told me it would be a good time to do the blood work my doctor ordered.  You know, since I’d been “fasting” for so many hours.  I wanted coffee, but she was right.  This was a perfect time to go to the lab, and let them bleed me.

So, I took a shower and drove over there.  The place was empty, except for two women in nursewear.  The younger one ripped a hole in one of my veins, and filled two or three vials with blood.  I just stared straight ahead, not wanting to see any of it.  I’m not overly afraid of needles, but they’re not at the top of my FAVES list, either.

Once that was finished, and she taped a cotton ball to my arm, I was handed a cup with my name on the side.

“Are you able to go to the bathroom now?” she asked. “If not, we have a water cooler across the hall.”  I told her I was ready to go, and instantly realized how weird this conversation was becoming.  But she seemed pleased with me, and requested that I leave my sample inside a little basket on a shelf inside the bathroom.

There were instructions for men and women in there, and they made me chuckle.  You know, because I’m a fifth grader trapped inside a hideous 49 year old body.  It said I was supposed to use a “moist towelette” to clean off the “tip” of my penis before “producing” the sample.  Heh.  Let the record show that I deemed my tip to be suitable for production, without the use of any kind of wiping tool.

The women’s instructions said to use two fingers to “part” the “Vulva.”  And vulva was capitalized.  These kinds of things make me laugh…

It said I was supposed to capture urine in “mid-stream.”  The first and last part should go into the toilet, and the middle section should be inside the cup.  Hmmm… So, this would be more like a champagne fountain at a wedding, instead of a beer tap situation?  I was supposed to thrust the cup into an in-progress stream, and pull it back?  I didn’t really care for it.

Indeed, I was so uneasy with the champagne fountain directive (wouldn’t the cup get covered in pee?) everything was cutting in and out.  I started to go, stopped, started up again, etc.  So, I was able to “produce” without making a mess.

I put the lid on the cup, and placed it inside the piss basket.  And I started concocting a scenario where someone was confused about what they were supposed to do, and left a tightly-compacted turd inside the container.  I wanted to ask if it had ever happened, but decided to just let it go.

And now I get to wait, and stress about what horrible things they found swimming around in my “samples.”  By Monday I’ll be convinced I have full-body cancer, or somesuch.

Itinerary for the rest of the day: Wait for my enormous jeans to dry, go to KFC for lunch and collect data for a possible new fast food review, buy the new Jack White CD at Target ($9.99), mail some DVDs I owe to half dotcom customers, and do some work on the new book.

And, of course, feel guilty for being a Nostrils-style delicate flower who couldn’t handle one more day of work…