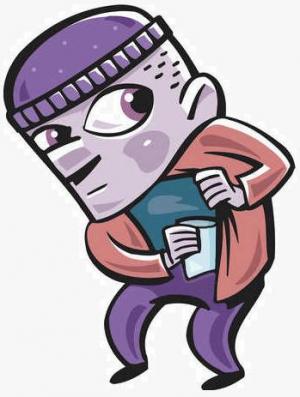 Today I saw a headline on Drudge which featured the phrase “lab-grown vaginas,” and I didn’t even bother to click through. It was mildly intriguing, but not enough to make me want to investigate further. It’s amazing how high the bar has been set, in this internet age. Right? A news article about a team of scientists harvesting a fresh crop of vaginas from the vagina vine? Ho-hum. You’re going to have to do better than that.

Yes, how far we’ve come… When I was in sixth grade or so, a friend of mine spent an enormous amount of time and money at a seedy little carnival in our town, trying to win a deck of playing cards with photos of semi-nude women on them. He finally reached his goal, and the worker was hesitant about handing over the prize to us, because we were… you know, twelve.

Anger flashed in the eyes of my friend, and he said, “If you don’t give me those cards, I’m going to turn over your fucking trailer.” He meant it, and would have at least tried. The carny could sense that fact too, and relented. “Just don’t get me into trouble,” he muttered.

The two of us walked about a block, and ripped into that deck. The photos looked like they’d been taken around 1964, and were extremely tame. There was an occasional nipple, and that was about it. But it was super-exciting to us, and we kept giggling like Beavis and Butthead.

I also got my hands on a catalog of “naughty” novelty items somewhere, and hid it in my room for a couple of years. I don’t think there was any actual nudity inside, but TONS of innuendo. They sold things like swizzle sticks shaped like naked women, and that sort of thing. Heh. I can’t remember where it came from, but felt like a renegade every time I looked at it. And a lot of energy went into hiding it from my mother.

One day Steve and I found a stash of filthy magazines on my paper route, like nothing we’d ever seen. I think it was foreign, possibly German. There was actual sex going on in some of the photos, and everybody looked like drug addicts. One page featured a close-up of something that resembled a plate of manicotti with Parmesan cheese on top, but was somehow human.

It was my own personal ‘Nam. Sometimes I still wake up in the middle of the night, screaming in terror.

In any case, I’ve burned millions of calories through the years securing and hiding forbidden materials. Especially when I was young. And in 1976 I think I would’ve tunneled through a cinderblock wall to read an article about a vagina farm, or whatever. Today? I couldn’t even be bothered to click the link.

And have you noticed yourself becoming jaded because of the internet, and finding it more and more difficult to be surprised by things? If a person were teleported from 1975 to today, and plopped in front of a computer – what do you think would happen? Something like this? What are your thoughts? I suspect it would be too much, all at once.

Thank you guys for contributing to the Surf Report fund, yesterday and today. You’ve already gotten me out of a minor bind, and I appreciate it. I will be thanking each of you individually, but wanted to do it publicly as well. Of course, if you’d like to donate and haven’t, you still can. The Buy Jeff a Beer page never sleeps.

I hope you have a great weekend. It’s gray and rainy here: perfect!