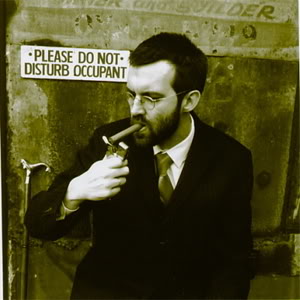 Tonight I will be attending my first, and probably only, rock show of 2010.  Steve and I are going to Philadelphia to see the Eels, and it should be a lot of fun.  This will be my fifth time seeing the “band” (always consisting of Mark Everett, aka E, and whoever he feels like playing with): four times in Philly, and once at the Roxy in Los Angeles.

My brain is feeling a little battered today, but I can only think of one other artist or band I’ve seen perform live more than five times.  And that’s Paul Westerberg/The Replacements.  I’ve seen lots of bands two or three times, but five or more is apparently an elite group for me.  I think I’ve seen the Beautiful South four times, but not five.

Do you have any bands/artists in the five or more club?  Tell us about it in the comments, won’t you?

Here’s the latest video from the Eels.  It’s a slow song, and I didn’t really like it the first time I heard it.  But it’ll slither into your brain if you give it a chance.  The video is pretty interesting too.

And here’s a more representative song, closer to what we’ll be getting tonight (I hope).  The audience always likes to participate when he yells, “rock!” during this tune.  It’s almost like “Leonard Bernstein!” at an REM show.  Hey, and now that I think about it, I might’ve seen REM five times.  But anyway…

To close out the category, check out this bizarreness.  In England the Eels were forced to purchase additional insurance, because the band members have beards?  Because it’s a…. fire hazard??  What in the finger-snapping hell?

Perhaps I’m in the minority, but I’ve never seen a man’s beard just spontaneously go up in flames.  Have you?  I’ve never, for instance, been waiting in line at a grocery store, heard a sound like a gas grill firing up, and turned to find a man frantically slapping his facial hair out.

And what’s the deal with the part near the end of the article, about E being stopped and questioned by antiterrorist officials, because he’s bearded?  The whole thing is like something out of the Onion.  Crazy, man.

I couldn’t get off the platform this morning.  The alarm must’ve gone off five times, and I kept swinging my arm in a high arc, and expertly hitting the snooze button, over and over.  I was involved in physical labor at work last night — once again — and it kicks my ass.  I feel like I’ve gone five rounds with Evander Holyfield, or Rosie O’Donnell, or someone.

So, I’m gonna cut this one a little short, and start getting my shit together here.

Tomorrow I’ll tell you about our evening, and promise not to focus too much on the music side of things.  It’ll be more of a road trip report…  So, I’ll see you then.