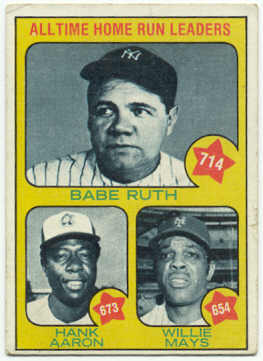 It pains me to admit it, but our dog Andy is a bunnist.  It’s true.  He has a deep-seated hatred of bunnies, based on nothing but species, and regularly discriminates against them while out for his urine-slinging sessions.

Over the years that hound has been responsible for any number of hate crimes perpetrated against the bunny community.  And it’s nothing short of heartbreaking…  There haven’t been any murders, thank God.  But I fear it’s more a result of incompetence on his part, than any sense of mercy.

He sometimes harasses the local squirrel population, as well.  And after I scold him, and make a plea for tolerance, he just shoots me a look that says, “What do you call 1200 squirrels and bunnies at the bottom of the ocean?  A good start!”

Andy’s now coming up on eight years old, and I fear there’s no changing him.  No amount of sensitivity training, I believe, will eliminate the dark, dark shadows of bunnism in his soul.

I am so terribly ashamed.

Anyway… I’ve been paying close attention, and rarely a day goes by when Toney and/or I don’t make a reference to Seinfeld or Curb Your Enthusiasm.  Things happen continuously, that remind us of situations on those shows.

I used to make a lot of Andy Griffith references, and when I was an ugly teenager I cranked off Monty Python quotes with abandon (which now horrifies me).  But for the past ten years or so, it’s been all Larry David, all the time.  Because, I suppose, he’s a straight-up genius.

Sunshine, on the other hand, still ties everything to Saturday Night Live somehow – the original cast! – and it makes my whole body go rigid.  Cheeseburga cheeseburga?? What is that, from like fifty years ago?  How about an update to M*A*S*H, at least?

And that’s my concern…  At what point will I become Sunshine, making everyone shake their heads in disgust at my ancient-ass quoting?

What should be the statute of limitations on something like that?  Ten years?  Fifteen at the outside?  What do you think?

And who makes the moldiest references, of anyone you know?

I used to work with a guy who regularly cranked-off drug “jokes” dating from his early 1970s misspent youth.  Whenever he’d happen upon the number 714, for instance, he’d get all animated and start hollering, “714! 714!!”

I still don’t know what he was talking about, and don’t care.  Because that dude was Douchey Douchington the high mayor of Douchetown…

And I’m sure we’ve covered this one before, but it’s been a long time.  A few days ago I was chatting with a (purposely ambiguous) person, and he said “prostrate” trouble runs in his family.

I wanted to ask if he comes from a long line of people who suddenly lie face down and fully extended, but decided to just keep my mouth shut… and later make fun of him on the internet.

So, what words do you notice people getting slightly wrong?  Not whole phrases like “I could care less,” but single words that folks manage to mangle and mutilate.

I have a few more, off the top of my head:  punkin, pitcher (instead of picture), Oregone, samwitch, Oldtimer’s disease, libary, supposably, and I could go on and on.

I know a person who, upon leaving a roomful of people, sometimes waves and tries to say adios! But she always pronounces it, hidy-hoase!

And Toney and I worked with a woman in Atlanta who transposed letters when she spoke.  Not when she typed, interestingly enough, just when she was speaking.

She once told us she’d bought a new couch at the flea market(!), and kept insisting it was brand new from the manufacturer.  “It still had the plascit on it!” she shouted.  And we almost stroked-out, trying not to laugh.

So, there ya go.  I know this one is a tad abbreviated, but that’s the way it goes sometimes.  You can’t go around questioning the update gods…