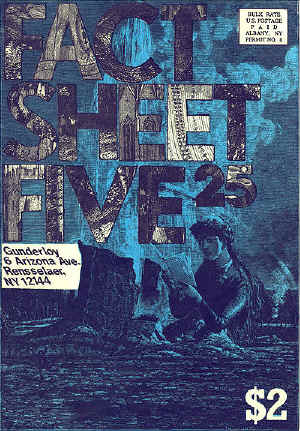 Do you still read magazines? I don’t.  Not really.  I think the internet has ruined it all for me.  Or maybe I’m just a burn-out who doesn’t get nearly enough sleep, and can’t focus anymore?  I’m not sure.  Both explanations feel valid to me.

…Wait, what was I saying?

Yes, at this point I only subscribe to one magazine:  Rolling Stone.  I bought the subscription through eBay, and paid something like $9 for four years.  And that’s not an exaggeration:  nine or ten bucks for four years.

So, Rolling Stone arrives in our mailbox every couple of weeks, and I browse the album reviews in the back, and never read another word.  Usually I don’t even read the reviews, I just check out how many stars they’ve awarded each new release.

I can’t remember when I actually sat down and read a full article in that magazine.  I’m sure some of them are good, but I can’t be bothered.  Plus, the way they inject politics into every goddamn thing irritates me:

“Universal has announced they’ll be releasing all six of the original Partridge Family albums later this year, in deluxe remastered collectors’ editions.  And we can’t help but wonder if this is a reaction to the Bush administration’s stubborn refusal to address climate change in any meaningful manner…”

Yeah, I made up that quote, but it’s not far from the troof.  RS can blow it out their ass with the politics.  Seriously.

Toney subscribes to several magazines, mostly about cooking and travel.  And she reads them, too.  Plus, she keeps Entertainment Weekly a-coming to our house, and that’s a must-have for anyone who craps.  It should be renamed Crapper’s Companion.  I’m a big fan of EW.  Especially after three or four cups of coffee.

Some magazines I’ve subscribed-to (and loved) through the years:

Rolling Stone — I’ve been getting it off and on since I was about 14, and used to really like it.  The classified ads in the back were always great, just chockfull of excellent kookery.

Esquire — Another magazine I’ve been receiving off and on for many years.  They cover stuff I don’t care about, like fashion and “fragrances,” but nearly every issue has a couple of articles I enjoy, as well.  Even today.  I picked one up recently, and found several things I wanted to read.  You know, tomorrow or the day after.

Trouser Press — A great, defunct alternative music mag from the ’80s.  Subscribers got a flexi-disc with each issue, not available to the newsstand suckers.

Sports Collectors’ Digest — I went through a five year (or so) white-hot baseball card frenzy, and got REALLY into the hobby.  Whenever a new SCD arrived in the mail, I’d immediately attack it with a yellow highlighter, like some kind of crazed meth freak.

But when you’re buying cards, you’ve gotta be fast; those who snooze will end up crying like a punk bitch.  Indeed, the magazine offered a special upgraded “First Class” subscription, for a ridiculous amount of money.  But you’d get every issue in a fancy white envelope, a couple of days before everyone else.  And how’s that for a great scam?

The Trader Speaks — Another baseball card publication, catering to the more accomplished collector.  I couldn’t afford most of the stuff advertised in the mag (the contents of Babe Ruth’s stomach upon death, or whatever), but read every word of it.  It also smelled really good, I remember.  It was blue ink on cream-colored paper, and smelled fantastic.

Baseball Digest —  Nostalgic articles about baseball, inside a little magazine the size of TV Guide.  I learned a lot from Baseball Digest, and subscribed for many years.  Does it still exist?

The Sporting News — A weekly newspaper, catering to people who love statistics.  If, for instance, you were curious about who had the highest on-base percentage among left-handed batters with a middle name that starts with R — The Sporting News was where you’d turn.  The scary part?  I used to care about all that stuff.

I still have all my old issues, and the earliest were printed on a dot matrix machine, if you can believe it.  The Surf Report is mentioned as far back as 1985.  Almost a quarter century ago!

I also bought a lot of mags at the newsstand, but never subscribed for whatever reason.  These included Creem, Flipside, National Lampoon, and Mad.

But now?  I don’t read much of anything, unless it’s on a computer screen.  I’m even starting to have trouble with books, which concerns me.  Since my mid-twenties I’ve always had a book in-progress, on the nightstand.  And now I’m struggling…

What are your reading habits at this point?  Do you subscribe to any magazines at this late date?  Which ones?  And do you actually read them?  What about books?  What kind of books do you read, if any?  I’m still buying books, for the record.  That’s something that hasn’t slowed-down, much to Toney’s disappointment.

Also, since I mentioned Crapper’s Companion, what reading material do you take with you to the small room?  It’s very important that we know.

And I’ll be back tomorrow with an old fashioned end of week topic dump.  Oh, the topics are starting to pile up, and require a dumping…