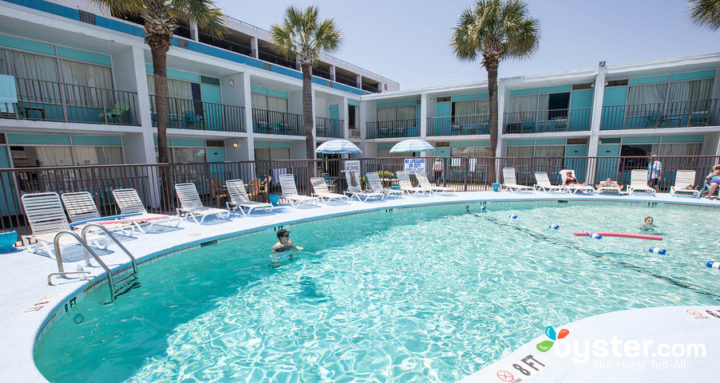 In just a few weeks Toney and I will be DRIVING (ugh!) to Myrtle Beach, and staying at a so-called retro motel. In fact, it’s the one above. It was built in 1963, and over the past few years, somebody has poured millions o’ dollars into it to bring it back to like-new condition. All the rooms are completely refurbished and the outside is supposedly exactly like it was in ’63. Its grand re-opening was in September 2018, so it’s new. And old. You know what I’m saying… I love that kind of stuff, and we booked this trip on a whim. Possibly while drinking. Should be interesting.

The driving part concerns me. It’s a long, long ride. Longer than I feel comfortable with, to tell you the truth. But when you add airfare and a rental car… it starts to add up to a substantial number of dollars. The drive down will probably be OK because there will be a payoff at the end. But the ride back? Absolute, pure hell. I can already feel the Phantom Ass Syndrome settling in. But we’re going to look around the area while we’re down there, for a possible “retirement” location. So, we’ll have all that to discuss. Not sure we can wring eleven hours out of it, but we can give it a shot. 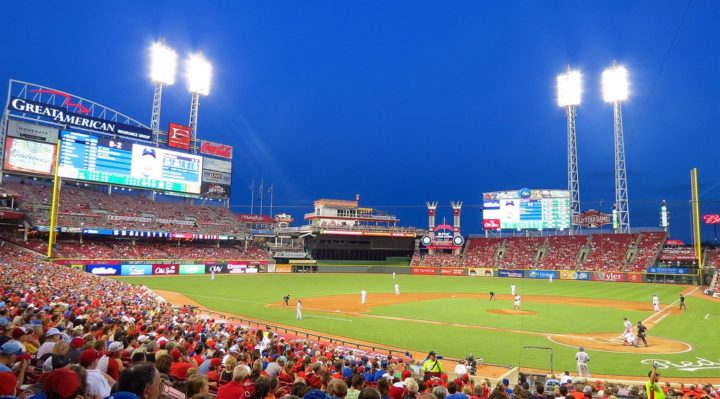 And in August we’re driving to Cincinnati for a Reds vs. Cardinals game. It’s Johnny Bench bobblehead night (ha!), and I sprang for the $20 add-on wristband which will entitle us to all-you-can-eat stadium food. Oh, it’s going to be a wonderful evening of baseball and high gluttony ‘neath the stars. I’ve never been to Great American Ballpark, and it opened in 2003. I still think of it as the “new” stadium. Oh well. I went to the “old” stadium many, many times. Looking forward to this one, big time!

Toney isn’t much of a baseball fan, but she loves tennis. And while we’re in Cincy we’ll also be attending the Western & Southern Open. It’s the same players who compete at the US Open, Wimbledon, etc. But it’s in Cincinnati. I’ve never been to a professional tennis tournament, so it’ll be cool. Hopefully, we’ll get to see Roger Federer, or Serena Williams, or somebody else I kinda-sorta recognize. Regardless, it’ll be interesting.

And, of course, we’ll be visiting Skyline Chili while we’re there, as well as the Reds Hall of Fame, and staying at a hotel in the heart of a million restaurants and bars. Should be fun! And unusual.

We’ve just begun talking about a semi-quick trip to Cleveland (more Ohio!?) with the boys to visit the Rock n Roll Hall of Fame. Maybe in May. Those plans are still in their infancy, and I’m not sure if they’ll pan out. I’ve been there, but nobody else in the family has. Toney wants to do something that includes the younglings this summer, and they’re all about the rock n roll. We’ll see. I’m not so sure about that one yet. Is it worthy of the drive? 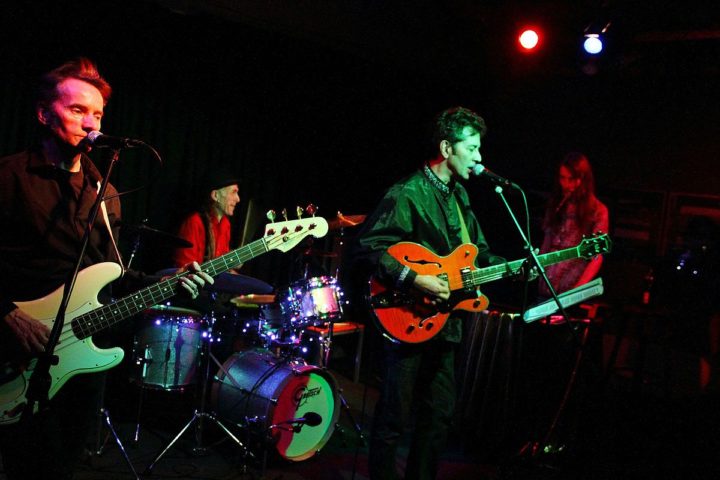 But speaking of rock music, the younger boy and I are going to Philadelphia on Sunday to see a fairly (and unfairly) obscure British band called The Monochrome Set. I’ve been a fan of them since the early 1980s, and they rarely come to the United States. I’m flipping out, man! They are one of those bands I thought I’d NEVER get to see. Here’s a short video of them performing just a couple of weeks ago. I was going to try to embed it here, but it caused me problems, so fukkit. And by the way, their third album is one of my favorites of all time. You know, in case you were wondering. Check out this on-the-money review of it.

There have also been some preliminary discussions about me and Steve seeing Nick Lowe perform near Philly in April, but it’s not settled law at this point. And I might be attending a show with the older boy: the Claypool Lennon Delirium. Also, not confirmed.

So, there you go. Those are our weird summer travel plans. What do you have for Summer ’19? We didn’t travel at all for ten years, so all this still makes me slightly uneasy. It feels like it’s going to come back and bite us somehow. I don’t know a carefree lifestyle. I’m not at all familiar with that concept… Anyway, if you have any plans, please share. Use the comments.

And I posted a new podcast episode yesterday, literally seconds before Monday turned into Tuesday. But I made it! You can check it out here, or wherever you get podcasts. Here’s the summary:

In this one I tell you about my one goal for the weekend and how it turned out, the older boy’s chance encounter with the member of a famous jam band, a controversial stand I took at Cracker Barrel on Saturday night, the younger boy’s utter disgust at my eating habits, my opinion of the new Sheetz taco 3 packs, my purchase of baseball tickets with a $20 all-you-can-eat add-on, and The Whistle Dick of the Week! I hope you enjoy it. Thanks for listening!