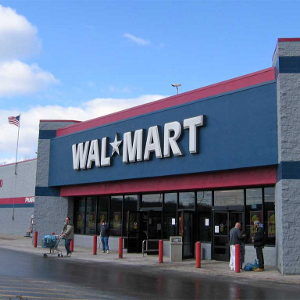 On Saturday I gathered some courage, and voluntarily walked into a Wal-Mart. During the middle of the day. On a weekend.

I only go there to buy contact lens solution, and usually do so on my way home from work — at 2 a.m. But I’d procrastinated myself into a desperate situation, and was forced to visit during daylight hours.

Super-fat or super-skinny seemed to be a requirement for entry. If nothing else, that place makes me feel healthy and vibrant. I’m like Jack LaLanne, circa 1975, inside a Wal-Mart store. Wow!

I bought toothpaste, as well, and what the hell?? Why so many different kinds? I stood before the Great Wall of Crest, my brain struggling to make sense of it all. How many varieties of that shit are in production? Seriously. It must be more than a hundred.

Finally I just grabbed something at random, and moved on. Too much to process… Hopefully it’s not seafood/mint, or something. I have no idea. Choice is a great thing. But when it makes your brain explode, it might have been taken too far.

And it was a beehive of questionable activity in that place. People taking the caps off deodorant and sniffing it… fatasses on beeping carts… big mamas yelling at their gorgeling children (“Colt!”)… a man with a bandana around his head, eating a rotisserie chicken in the shampoo aisle…

If the contact lens solution wasn’t so much cheaper there, I could live Wal-Mart free. I have no blowhardy political objections to the place, it’s just demoralizing and sad. But not sad enough to make me pass up that three dollar savings. Hey, I never claimed to be the king of integrity…

I like Sam’s, though. The $40 per year membership fee does a pretty good job of discouraging the Jerry Springer set. “Forty dollars?! Sheeeeeit, for the privilege of shopping there? I don’t think so. That would buy three 30-packs of Natty Light!”

What’s your relationship with Wal-Mart? Toney shops there, but without my involvement. And I do an every-other-month guerrilla strike on the toiletry section, usually in the dark of night. What about you?

I know it’s almost impossible for some people, but please try to keep the lectures to a minimum. Sheesh. This ain’t the Huffington Post.