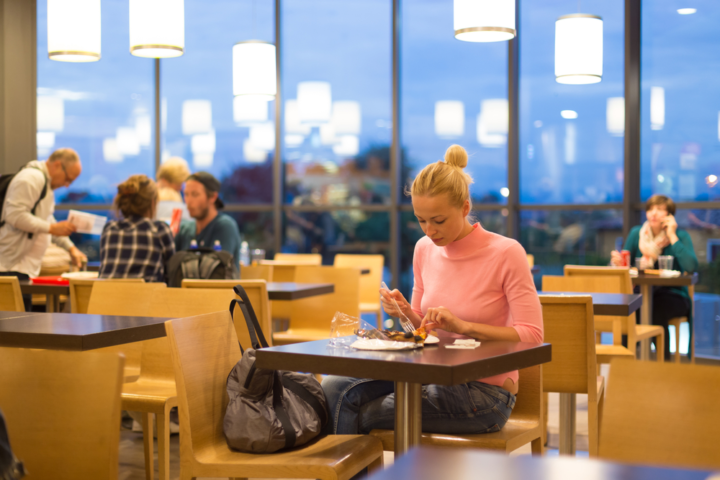 I generally don’t. I’m introverted and thrive on alone time. In fact, I crave it. There’s a limit, though. I’ve lived alone a few times, usually after breakups, and didn’t enjoy it a whole lot. But if the rest o’ my life is kinda-sorta under control, and it’s just an afternoon or a day or two… I love it. It feels absolutely natural and good. Those long hauls, however? Not so much.

Have you ever watched a show called Alone? They drop ten people separately into some godforsaken place and each of them tries to remain the longest. When they first arrive they have to deal with wild animals, setting up a shelter of some sort, and finding a food source. But once all that’s handled, it’s the “alone” part that starts to get to them. There are no cameramen or anything of the sort. They film everything themselves. And a lot of the participants start to lose it in short order.

And almost everybody I talk with about the show says something along the lines of “Oh, that would be the easy part for me! I could go for a couple of years. I can’t stand people.” It’s nearly unanimous, that reaction. But I think they’re fooling themselves. That shit’ll get you. A lot of the contestants seem surprised and baffled by it. They prepared by learning how to build traps and construct a hut out of tree limbs and break down a fish, or whatever. But the alone part takes them out. Humans are social creatures. They probably should’ve considered that aspect of it. Hell, it’s the title of the show!

In any case, I’m not really talking about being alone in the goddamn arctic or whatever. I’m talking about just eating in a restaurant by yourself, and things like that. I know several people who say they’ve never done it, which blows my mind. I do it, if not daily, at least four or five times per week. Granted, most of those are in fast food restaurants, but I’ve also been a “party of one” at sit-down places. I just look at my phone, and it’s no big deal. That’s what everybody else is doing too, regardless of how many people are at their table.

What about you? What’s your stance on eating in restaurants by yourself? Any issue with it?

I don’t really remember going to a movie alone, but probably have. I’m not a big movie-going person, in general, but I wouldn’t mind going to one by myself. You’re not supposed to be talking in there, anyway. Right? I’ve gone to MANY rock shows by myself, and that’s not an issue either. These were at small venues, mostly in Atlanta. I don’t recall going to any large arena concerts alone. But I’d do it. There was some guy flying solo, roughly my age, beside us at the Tom Petty show a year or so ago. I didn’t think anything about it, and he seemed to be having a good time. A little too talkative for my tastes… but that’s a different discussion.

I’ll probably be attending a baseball game alone next week. Not a problem… I’ll just eat a batting helmet full of soft serve ice cream and three hot dogs, and all will be right with the world.

I don’t have much experience with traveling alone. I’m talking about vacation travel, not business stuff. I did go to Long Beach Island by myself a few years ago. To tell you truth, it felt weird. It was nice and pretty, and all that stuff. But I don’t know if I truly enjoyed it. I thought it would be spectacular, but it wasn’t. I like driving somewhere by myself, so I can control the radio and where I stop, etc. But being at the beach by myself was less enjoyable than anticipated. I’m not sure I’d do it again.

What do you have on this one? Do you have any problem doing things alone? Both times I lived by myself for extended periods were in cities I’d recently moved to, where I didn’t know many people. That’s part of the problem, I’m sure. Also, as I mentioned, both times it was post-breakup, which doesn’t help. So, I probably don’t have a clear experience in that area. If I’d been surrounded by family and friends and co-workers, it would’ve been a completely different situation. At this point though, I hope I don’t find out.

Anyway, please share your thoughts on living alone, eating alone, going to movies and shows alone, etc. Tell us all about it in the comments.