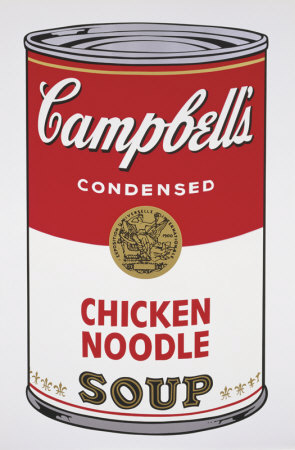 Last night at work I bought a cup of chicken noodle soup from the cafeteria, and promptly dumped a load of it down the front of my shirt.  Everybody had a big laugh at my expense (assholes), and I tried to put on a good-natured act of exasperation.  But I was secretly seething with anger.

I hate when people slop their food around, and am very careful not to be that guy.  I’ve developed certain methods through the years, designed to minimize the possibility of becoming a goddamn slob at mealtime.  And I’ve gotten pretty good at it.

Some people lean way back, like they’re in a recliner, and transport spaghetti or gravy-laden meat a great distance to their mouths.  And by the end of the meal they look like they just painted a bedroom.  Or they’re always splashing stuff.  Have you seen this?  For whatever reason, they can’t effectively engineer the use of a fork, and keep dropping heavy beef-bombs into their broth, or whatever.

But that ain’t me.  And on the rare occasion when I do get food on my clothes, I hate it.  I beat myself up, and shout hurtful things inside my head: “What are you, retarded?  You can’t move a noodle twelve inches without triggering mayhem?  Why not rub a little chili in your hair while you’re at it…?”

I wiped off my shirt, with steam blasting from my ears, and within fifteen minutes everything looked OK.  But I smelled like soup.  And I’ve been very clear through the years that one of my daily goals is to smell like nothing.  I’m not a fan of the colognes, or any of that faggy nonsense, and don’t want to smell like an appetizer, either.  I felt like I was sporting a new fragrance called Comfort by Campbell’s.

Sure, if I absolutely had to smell like something, there are worse things than chicken noodle soup.  Like… oh, I don’t know… August ass.  But that’s missing the point.

And this soup-slopping episode pretty much ruined my evening.  I never fully recovered, and didn’t treat people very well for the rest of the shift.  I caught a few of them exchanging glances, and throwing shoulder shrugs that pantomimed, “Hell if I know, he’s just being a bitch tonight.”

Yeah, I’m a little tightly-wound these days.  What of it?

But I’m off from work until Monday.  How cool is that?  I’ve been doing six ten-hour days per week, since October.  And now I’ve got four and a half days off – in a row.  Oh, it’s gonna be fantastic.  I’m going to sleep a little more than normal, watch some TV, spend Saturday with the family, and (gulp) hand over my “book” to the formatting chick.

And, quite possibly, enjoy a few adult beverages along the way…

I’m going to leave you now with a Question we’ve tackled several times.  But I think it’s important to revisit it occasionally, just to keep our fingers on the pulse of the bitterness.  In the comments section, please tell us what words make you secretly grit your teeth with aggravation.

I’m not talking about idiotic phrases, or corporate-speak, or mispronunciations, or anything like that.  I mean simply…. words that bother you.

I hate (HATE!) the non-word meh.  It’s trendy and stupid.  Nobody used it five years ago, but now everybody’s jumping on the bandwagon, and it triggers a full-body flex every time I see it.

I also hate the word supper.  I don’t know why, but I do.  Same goes for commode.  What is this, Dust Bowl-era  Oklahoma?  It’s dinner and toilet.  Usually in that order.

And now I’m going to turn it over to you guys.  What words bother you on a primal level?  Please use the comments link below.

I’ll be back in a few days, after I’ve manned-up and let go of my manuscript.  I don’t know when that will be, but I’ll wipe the tears from my eyes and crank out a new update as soon as possible.

Now playing in the bunker
Support the cause with beer!