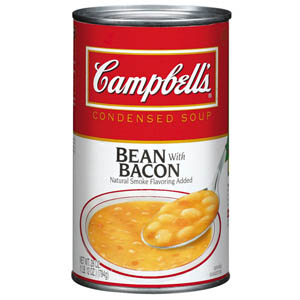 Junior High, or Middle School as it’s now known, is a difficult time for most people.  When I think back on my three years there, it feels like Midnight Express to me.  Perhaps I’m over-dramatizing it, but not by much.  It was a daily descent into hell.

People beating the turds out of each other…  Burned-out teachers smoking with the (13 year old) students outside…  Scary-ass holler trash making-out (and more) behind Dunbar Printing during lunch…  Rampant shit-talking, zits, funkiness, awkwardness…  It sucked.

But up on the third floor of the old gothic, Addams Family-looking school was a teacher named Mr. Yerrid.  He was different from the other teachers, and his class was like a safe-house in the middle of a bunch of wild jackals and mental patients running rampant through the halls.

Mr. Yerrid was a WWII veteran, big and loud and boisterous.  He looked like Hemingway, and you got the feeling he knew his way around a barroom.  He didn’t tolerate any nonsense, but allowed us the opportunity to express ourselves, if we wanted.  He was gruff but lovable, as they say.

He used a battered pool cue as a pointer, and was sometimes stretched-out on a couch in the rear of the classroom when we entered.  He was a great story-teller, and really funny.  He made history interesting, to a bunch of sarcastic and cynical little shits.  Not an easy task.

And he seemed to care about us…  That was the big difference.  Most of the other teachers were just trying to get through the day, and it often felt like we were on our own inside that madhouse.  But Mr. Yerrid was an ally, and a friend.  He signed everybody’s yearbook as “Uncle Nate,” and that was perfect.

Mr. Yerrid died earlier this week, and here’s a tribute someone posted beneath his obituary at a newspaper website:

Uncle Nate will live forever and fondly in the hearts of the many lives he touched. He was a strong, brilliant man. A teacher who genuinely cared, who always knew how to level the playing field and make the young and insecure feel important and valued – whether it was in the classroom, or floating around Rock Lake Pool. He was an icon at DJHS, and we were the luckiest students in the valley. This is a great, sad loss.

And here are three quick Mr. Yerrid stories, that jump immediately to my mind:

One day he was talking about a woman who’d crashed her car in Charleston, and somehow ended up in the river.  When rescue crews arrived, they had a hard time getting to the woman, because rubber-neckers were blocking the way.

I thought that was hilarious, especially the final sentence, and busted out laughing.  And he looked at me, narrowed his eyes, and hollered, “Do you think that’s funny, Kay?  That’s not funny, that’s sick!  …YOU’RE SICK!!”

I’m laughing right now, just thinking about it.  He was always screaming at us, but we loved it.  It wasn’t a mean-scream, it was just part of his personality.

On another day some kid jumped up from his seat, said he didn’t feel well, and promptly vomited into the trash can beside the teacher’s desk.  In front of the whole class.

Needless to say, we began howling in protest, and Mr. Yerrid went off again.  “What’s wrong with you people??  Can’t you see this boy is sick?!  What’s the matter with you?”  He was fully enraged by our conduct.  Then he told the kid to go to the clinic, and said he’d be there to check on him in a few minutes.

The puker left, and after a few beats Mr. Yerrid asked, “Is he gone?”  Then he said, in a conspiratorial voice, “Oooh, God.  Did you see that?  I think it was a baloney sandwich and bean with bacon soup…”

The last time I saw him was in 2001, when my mom was having surgery at a hospital in Charleston.  Bill from WV and I were in the lobby, and Mr. Yerrid walked through.

We greeted him, and he stood and talked with us for a few minutes.  It had been almost 25 years since we’d been in his classroom, but he was exactly the same.  He acted like he remembered us, but I don’t know how that would be possible.

He told us he was there visiting someone (I can’t remember the details), who was suffering from “that cancer that starts in the ass.”  And I busted out laughing again, just like with the woman who’d crashed into the river.  But he refrained from screaming “YOU’RE SICK!!” again.  Too bad.  I wish I could’ve heard it one more time.

He was great, a true classic.  I don’t know anyone who didn’t like him.  Some of the other teachers might have been jealous of his popularity, I don’t know, but the students loved him.

In the comments section, please tell us about the good teachers you’ve encountered.  Most of mine were mediocre, and a few were flat-out horrible.  But Mr. Yerrid was a rare exception.  Did you come across any of the good ones?  Tell us about it, won’t you?