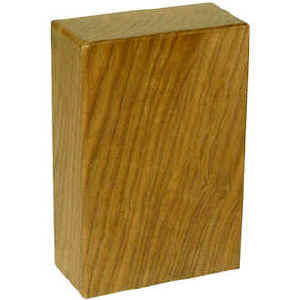 From the Never Satisfied desk:  There’s a guy who works at the local Taco Bell who is annoyingly professional.  Yeah, I know… I complain about the unprofessional ones too.  But this guy really gets under my skin.

I don’t go to Taco Bell very often, for a variety of reasons.  But every once in a while it sounds kinda good, and I’ll “ring the bell,” as we used to say during the bar-hopping days.  “Dude, we need to ring the bell!”  For some reason, Taco Bell is best while drunk.

Anyway, there’s a guy who works there who reminds me of a gas station attendant in an old TV commercial.  It looks like he must press his uniform every morning, before going to work.  The thing is always crisp and absolutely perfect.  And he practically snaps a salute at everyone who passes through the door.

He manages the ordering process with a military efficiency, and the tone of his voice says “authority figure.”  Even though he’s a fast food cashier.  He’s very polite and eager to please, and the whole thing creeps me out a little.  I’m not accustomed to such things in a retail setting.

I worked last night, to pick up some additional dollars, and I’m walking crooked today.  They were short-handed and I had to do the physical part of the job, for ten hours.  Usually I just supervise, while eating Tootsie Rolls.  I think the arches of my feet have fully and completely collapsed.  And my calf muscles are howling in protest.

But I’m only working Sunday and Monday nights of my regular schedule this week.  I’m taking Tuesday and Wednesday off, for my junk food-fueled final yurt sprint on the “book.”  I’m excited.  I think I can get it done during the coming week.  I’m hoping to turn it in on Monday, 9/20.  But we’ll see how it goes.

And that means this week will probably be a little weird with the updates here.  I’ll definitely update on Monday and Tuesday, but after that, I don’t know.  I’ll try to post a quickie somewhere along the line, with a decent Question for you guys to debate and discuss.

I’ll do what I can, but the site might be dormant for a couple of days here and there.  Just a heads up, as they say.

A couple of days ago I was vacuuming the fambly room, because Andy is shedding and there’s black hair EVERYWHERE.  What the hell, man?  Why is he dumping fur at the end of summer?  Is that normal?

In any case, I plugged in our newish vacuum cleaner, turned it on, and started the process.  But it wasn’t picking up jack.  I’d run the intake apparatus over a wad of hair, and nothing would happen.

“Toney, what’s the deal with this vacuum?  It’s like I’m pushing a block of wood around the room…” I shouted up the stairs.

And Toney answered, “It always works for me.”  Which means “There’s nothing wrong with the vacuum, there’s something wrong with you.  You can’t properly negotiate simple household appliances.”

Grrr…  Why must everything unpleasant turn into a fiasco?  Why do the pleasant things go smoothly, and the unpleasant ones drag out like a sumbitch?

The on/off is a rocker switch.  I don’t know if “rocker switch” is a real term, but that’s the best way I can describe it.  You push one end down, and the other end comes up, like a seesaw.  I turned the thing off and on again, trying to perform a reboot, but it wasn’t working.

And my right hand was whipping through my hair.

But I finally figured it out.  There are two notches in the down position.  Know what I mean?  The first one turns on the vacuum, but nothing actually happens.  WTF?  Is that for people who enjoy the ambiance of a roaring vacuum cleaner, without all the hassle of actual suction?  I don’t get it.

Toney later told me (while rolling her eyes, I think) that the first notch is used when attachments are hooked up to the thing.  And I’m supposed to know this, by osmosis or some shit?  How am I supposed to know such information?  I’ve used that vacuum several times before, and never encountered The First Notch.

Man, I’m getting all worked-up just writing about it.

I need to go to work soon, so I’m stopping right here.  For a Question, I’d like to know your favorite late-night foods and/or restaurants, after an evening drinking in a bar.  I used to be partial to Taco Bell and Waffle House.  And sometimes IHOP.

What about you?  Use the comments section below, to tell us all about it.