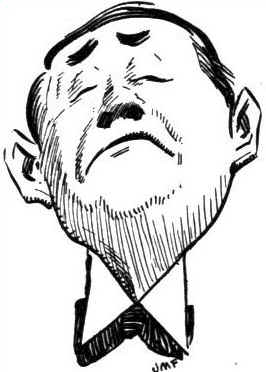 A few days ago I was collecting a couple more CD catalogs to load onto the Big iPod, and started thinking about something…

I was trying to locate all the Bruce Springsteen discs (through Tunnel of Love only), and realized Bruce was hugely popular, yet still OK for hipsters to like.  There aren’t many who fall into that category… because obscurity is one of the main things hipsters crave.

Sell a few million albums, you see, and you’re no longer a best-kept secret, and not attractive to the cool people anymore.  The actual quality of the music doesn’t even matter at that point; it’s all about being plugged-in, and having more sophisticated tastes than the average shitkicker.

How do I know this, you ask?  Because I’ve been to the dark side.

When I was in my twenties, especially, I was highly skeptical of popular music, TV, movies, books, etc.  If the masses liked it, it pretty much had to suck, I thought.  And how snobby is that?

Indeed, I dated a woman for a while who was even worse than I was.  And we mostly just walked around with our noses in the air, dismissing everything.

Oh, she wouldn’t be caught dead reading a mass-market paperback, like they sell at Target or Wal-Mart.  No, it had to be a hardcover (preferably battered) or, at the very least, a trade paperback.  And the author had to be someone nobody’s ever heard of, or one of the approved writers, like Bukowski or Vonnegut.

A similar situation with movies…  We hung out in pretentious-ass art houses, watching baffling foreign films, and unfathomable American independents.  During that period of my life I witnessed more utter bullshit, passing itself off as high-cinema, than you can shake a clove cigarette at.

I remember one in particular, which featured a fat woman dressed up like a baby, sitting in the top of a tree and dropping feathers on passersby.  …For upwards of thirty minutes!

After if it was over, I said something along the lines of, “what in the finger-snappin’ hell?,” and learned it symbolized man’s eternal struggle with love, war, peace, and God.

And we never ate at chain restaurants (good goddess, no!), it had to be some out of the way hole-in-the-wall with a romantic story attached to it.  All the better if it was located in a damp cinderblock room in the middle of the warehouse district, or if customers were required to ride a rickety and terrifying cage-elevator to the top of an otherwise abandoned office building.

But, like I say, I was a willing participant; I can’t blame it on my ex.  In fact, she was (and undoubtedly is) a nice person.  We were just very young and very douchey.

I fully embraced that attitude for a year, maybe more, but eventually started missing the normal stuff.  Like Stephen King, and Steely Dan, and movies with gunfire.  And what the hell’s wrong with Applebee’s every couple months?  Is that such an unforgivable crime?!

After a while I began mocking the movies openly (they were always the hardest part of it for me), and rebelling against the entire hipster code.  I remember we got into an actual argument one night, because I came home with a Don Henley album under my arm.  Heh.

But I just couldn’t do it anymore; we’d taken it too far.  I felt like I was cut-off from the world, and wanted to go home.

At some point I just started liking what I like, without first running it through the prism of hipness.  I became an unreliable rogue.  And if someone had an issue with my non-ironic fondness for Beverly Hills 90210, or whatever, they could just go pound sand.

Sure, I’m still a bit of a music snob, but I genuinely enjoy seeking out new bands and underappreciated albums.  I do it because it makes me happy, not for someone else’s benefit.  And that’s the difference.

So, there you go.  That’s what I was thinking about, while trying to find all the Springsteen discs.  And, in case you were wondering, I located them all, except for Greetings From Asbury Park, NJ.  I’m not even sure I own it on CD…

And how uncool is that?

Beyond Bruce, what else is/was hugely popular, but still hipster-approved?  Let’s start a list.

Have you ever watched a large man eat roughly seven pounds of tightly-compacted spaghetti and meat sauce from a standard Cool Whip bowl?  Since yesterday, I’m proud to announce, I have.

And last night I also discovered barbecued Fritos will completely dominate your burps and belches, for an impossibly extended period of time.  I’m not sure I’ve ever encountered a “food” with such staying power.  What do you think?  Is there something that can beat it?

Yesterday I was cleaning out my gmail spam folder, and noticed a message with the following subject line:  Britney tried to drain my scrotum.  Just thought you should know.

And as I type this, Toney and the Secrets are within thirty miles of the Surf Report compound.  Soon it will all be behind us, and the house will once again sound like a mental institution, in the late evening, during the patients’ “bad time.”  And all will be right with the world again…

I’ll leave you now with a formal Question of the Day, in case that popular-but-hip thing doesn’t do it for ya.  If you were on death row, for, say, killing a whore with a heart of gold, what would you request as your final meal?

I would probably go with a big honkin’ plate of spaghetti (not pressure-packed into a butter bowl), a tossed salad with thousand island and cheddar cheese, and several tumblers of sweet tea.

What about you?  What would you choose as your final meal, before paying the ultimate penalty for your horrible crimes?  We need to know.

And I probably won’t be able to update on Friday, but will try to write a short one over the weekend.