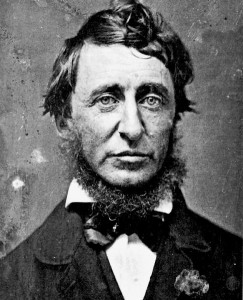 Yeah, it’s a yurt.  This thing, I mean.  I’d never heard the word until I looked into renting one for a few days, and at first kept wanting to call it a “yurtle.”  Yurt:  one of those words that kinda bothers me, like underpants.

But I’m writing this “book,” you see, and it was starting to founder.  I was devoting every Friday to it, and making very little progress.  I’d go to the library, because working at home is difficult — with kids and a dog and telephones and TVs — and usually found it to be loud as hell too.

I used to get sssshhh’d all the time in libraries, but that apparently doesn’t happen anymore.  It’s like a community center now, where people go to catch-up.

There’s an old man with a radically curved spine who hobbles in every afternoon, and talks to the employees about politics and the time his father took him to see a St. Louis Browns baseball game, or whatever.

And the moment the schools let out, the library fills with giggling, flirting almost-teens.  They whisper louder than I talk, watch YouTube videos, punch each other in the arm, argue with their parents via electronic devices, etc.

It makes me crazy, and I spend more time watching all the grab-ass going on around me, than doing any actual writing.

Plus there’s the issue of the internet.  They have wiffy at the library, and I can’t stay off of it.  I think I have some kind of unhealthy addiction.  I start by just checking my two gmail accounts, then get caught up in a circular time-eating vortex of mindless site-to-site bounceage.

The internet cuts both ways, man.

And since six months had passed with very little forward movement, I was starting to panic.  I have an agreement with a literary agency, but how long will they keep me on the roster if I’m just hanging out in libraries, sneering at people?  I started to become paranoid about being dropped.

My original agent liked to stay in contact, and would call me every couple  weeks or so.  He’d check on my progress, and give me pep talks, etc.  But he left the company for greener pastures (unfortunately), and I was assigned to someone else.  And the new agent has a completely different style.  Just send me the book when it’s finished, she told me.

Which means I have no interaction with the agency, whatsoever.  It was probably a shrewd move on her part, because I’m now filled with a compulsion to complete the project, and return to their back-burner, at least.  Right now, I fear, I’m behind the stove.

I needed to take a few days and focus all my energies on the book.  But where?  No way it would work at home, and the library has proven to be less-than-ideal.

I considered going to my parents’ house, when they were still kickin’ it in Florida.  They don’t have the internet, and it would be quiet there.  But, they live more than 500 miles away… in Ass Cyst, West Virginia.  I’d waste two full days driving, and that didn’t make any sense.

Maybe a cheap hotel room somewhere?  All I’d need would be a bed, a table and chair, and electricity.  But shit… even a cheap room would probably cost me eighty bucks per night.  And that would add-up quickly.

I think Toney suggested a cabin at the state park, and we went to check them out.  That’s when we first saw what we referred to as “huts.”  They were weird-looking pods in the woods, and only cost $33 per day during the week.

Perfect!  Plus, the park is close enough to our house that I wouldn’t even need to sleep out there, I could just write until dark and go home.  So, I requested two days off from work, and reserved what the park referred to as a yurt for three nights.

And it couldn’t have been better.  I spent upwards of twelve hours in that ridiculous thing every day, and made incredible progress.  I mean, I was in a full-on groove.

The campground was almost empty, the weather was good (a little cool, but not a huge problem), and there’s no internet out there to tempt me.  I left my cell phone in my car, and just wrote my ass down to a smoldering nub.

Here are some additional photos I snapped.

I was brewing Dunkin Donuts coffee in that hippie pod, had Little Debbies on-hand, and ate Subway every day for lunch.  Whenever I started to get weary, I’d take a walk around the park and get my blood pumping again.  It was a complete success, and the book is a whole lot closer to being finished than it was last week at this time.

Disclaimer:  Between the two websites, and other crap I have going on, I probably write ten thousand words every week.  But, for whatever reason, I need almost complete quiet to work on the book.  I’m not being pretentious, and trying to act like Thoreau, or whatever.  My internal wiring just requires a different set of circumstances when I’m working on that thing.  I wish it weren’t so, but it is.

And just so you know, it’s a novel filled with characters some of you might recognize.  Like, for instance, a woman I’m calling “Nancy,” and her ball-baby husband “Kevin.”  Heh.

So, there ya go.  That’s where I’ve been for the past few days.  I appreciate your patience, and all that crap.  I’ll get back to the normal stuff tomorrow.  The Big Notebook is starting to bulge a bit…

Last night I posted something new to Mockable, so please read it and laugh a stripe in your shorts.  I’d be much obliged.  And be EXTRA-SURE to check out tomorrow’s update, by Metten.  It’s… remarkable.  Yeah, that’s a perfect word for it: remarkable.

I’ll leave you now with a Question I think we’ve done once before, but believe is worth revisiting.  Say this “book” of mine someday gets made into a movie… what actors and actresses do you think should play Nancy, Nostrils, Sunshine, Mumbles, and me (the beleaguered narrator)?