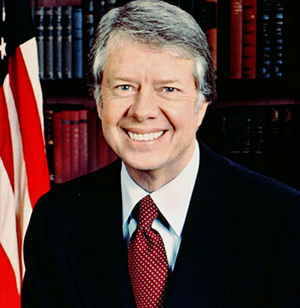 Do people really get Columbus Day off from work?  Seriously?  Columbus Day?  Man, that’s a second-tier “holiday” if I’ve ever heard of one.  In my mind, it’s on the same level as Arbor Day, Flag Day, and Gerald Ford’s birthday.  But maybe I’m way off?

Needless to say, I’ll be working tonight.  My employer begrudgingly closes on Christmas and Thanksgiving, and that’s about it.  At my job, today is Monday and nothing else.  “Now get y’ass back to work!”

Columbus Day, of course, played a big part in the all-time worst episode of The Sopranos.  And that’s what it’ll always mean to me.

I have a pimple in my left ear.  Just thought you should know.  It’s as hard as a BB, and I keep messing around with it.  If I can’t get it to surrender to my prods and manipulations, I’m gonna go after it with a steak knife.  Stay tuned for further developments.

Last week Toney and I went to the high school to experience an accelerated version of our oldest son’s school day.  Have you done this?  You actually go to each classroom (for ten minutes each), take lunch, etc.  All the teachers are there, and it’s mildly surreal.

It’s been a long time since I’ve sat in a high school classroom waiting, praying, for the bell to ring.  But I did it again on Thursday night.

It’s the math stuff that gets to me.  Anything that’s even loosely associated with mathematics causes my eyes to glaze over, and my brain to start wandering and thinking about baseball and The Clash.  Just like in 1981.

One class — CAD (aka Computer Assisted Design) — seemed promising, with all the expensive-looking computers and technology, and whatnot.  But when I opened the textbook, I was instantly bored and making sarcastic remarks inside my brain.  More math!  If we’d been in there for ten minutes longer, I have a feeling I would’ve started throwing spit wads.

I also found myself making instant, and possibly unfair, judgments about each of our son’s teachers.  One guy in particular rubbed me the wrong way, and I don’t really know why.  He didn’t say anything objectionable, I just didn’t like him.  I think it was his mannerisms.  He kept spreading his arms for emphasis, and going up on his tiptoes while talking, and that stuff pissed me off.

I haven’t spent too much time in the local high school, and it’s massive.  Probably three or four times as large as the school I attended…  It’s also like an archeological dig.  Over the years sections have been built-on, and it felt like we were walking through different eras.  One minute it was 1957, then 1984, then 1969…

But the classrooms themselves are pretty much the way I remember them.  Same smells, even.  The desks are a little more fancy-pants than ours, but it had the same overall vibe.  I’d say classrooms are 95% unchanged from olden times.

While sitting through yet another maff-based torture, I started making mental lists of stuff we had, that no longer exists, and vice versa.  And here are some things that have disappeared since I was an unfortunate-looking student:

And that’s gonna be the big Columbus Day Question, for you guys:  What things existed in schools while you were attending, that are now extinct?  And vice versa.  Use the comments link below.

And by the way… We saw Poppa Half-Shirt in the lunchroom on Thursday.  He was sitting at the nerd table.  Thanks to the influence of my wife, we were eating with the popular parents, while ol’ Halfy was over there with the goobers and men in turbans.

Yes, it was highly satisfactory.