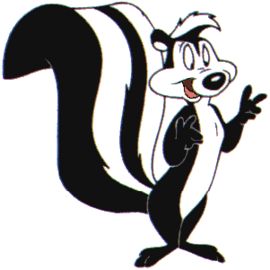 I’m intrigued by the Amazon Kindle; I can feel the beginnings of an obsession taking hold. But since it’s my style to be roughly five years late on such things, it’s likely that I won’t buy one until midway through 2012.

The new model (the Kindle Husky?) was just released, but I don’t really like the looks of it.  I think I prefer the book-sized version, over the big honkin’ magazine style.  So maybe the new one will take off, and they’ll drop the price on the old one?  We’ll see.  Oh, we will see.

Do any of you actually own a Kindle?  If so, we need your review.  Let us know your thoughts in the comments.

I finally sent Burn After Reading back to Netflix, unwatched after a month and a half, and plan to start watching King of the Hill from the beginning.

I saw the first season when it was on TV, and probably part of season two, but got sidetracked fairly early.  I love the show, though, and really like the idea of watching them all in order.

And hopefully this strategy will also help save Netflix for me.  I don’t want to cancel my subscription, but it’s getting to the point where I’m paying money for nuthin’.  Ya know?

On Saturday the oldest Secret and I mowed and whacked our lawn into submission, and left it a beautiful thing, indeed.  But now dandelions are starting to pop up, and I’m not a fan of it.  They’re like zits on the face of a Burger King cashier.

So, over the coming weekend I think I’m going to saturate our grass with a potent cocktail of chemicals and poisons.  In fact, do they sell Agent Orange at Lowe’s?  As soon as I finish with this update, I’m going to call and ask.  ‘Cause something’s gotta be done.

You know, since we’re talking about Hank Hill…

A few days ago I was at the beer store (I can make this statement at any time), and there were two deeply-tanned toe-ring twentysomething hussies in there, probably shopping for some kind of boolshit Seagram’s Coolers, or whatever.

The Yuengling Lager was on the very bottom shelf, so I had to bend over to get it.  And when I did, I could feel a distinct breeze passing over the great divide.

Alarmed, I snatched the case of beer, returned to an upright position, and yanked my shorts up.  But it was too late…  The two girls were standing right there (needless to say), and had seen everything.  They’d witnessed, up-close, a foot of crack explode from the rear of my pants.

Yeah, and they were still snickering as I drove away.  Hell, for all I know they might’ve also snapped a cell phone picture, and sent it to the entire hussie network.  Simply excellent.

I need a haircut again, and was complaining about it to Toney yesterday.  “Why don’t you go over to Hags ‘n’ Fags on Saturday, and let them take care of it?”

Hags ‘n’ Fags?!  It’s great when little things happen, and you realize you’re with the exact right person.  Know what I mean?

And speaking of Toney, she went for a walk a few days ago and got herself tangled-up in a lengthy conversation with a crazy (my opinion) woman who lives in the next block.

Toney barely knows this person, but she was pontificating at length about her teenage daughter’s emotional problems.  She said she’s been seeing a psychiatrist since she was fourteen, or whatever, and “just doesn’t know where she fits in.”

Who goes around telling almost-strangers personal shit like that?  Especially about their kids?  No good.

However, I’ve seen the girl in question, and believe I can offer some assistance.  It’s very simple really.  Just keep checking the Indigo Girls website, and the next time they tour take the young lady to one of their concerts.  And the mystery will be solved; she’ll know exactly where she fits in.

And I’m going to leave you now with the Question of the Day…  I’d like to know what things you can’t stand smelling, that most people believe smell good?  Did I describe that correctly?

For me, it’s freshly mowed grass.  Everybody says they like the smell, and I don’t understand it.  It conjures horrible memories of mowing my grandmother’s lawn when I was twelve, slick with sweat and breaded with sand and gnats.

Another, of course, is garlic.  Whenever we walk into a restaurant and the stench of garlic slugs me full in the gut, Toney says, “Mmmm… that smells good!”  Wha’?  How??  How could that possibly be listed under the heading of “good?”

And we can do it around the other way, as well.  What things do most people say stink to high heaven, but you don’t really mind?

I’ve mentioned skunk before.  When we’re driving somewhere, and pass through a skunk cloud, everyone starts hollering and breathing through their shirts.  But I kinda like it.  It’s not bad at all…  Sometimes I adjust the air vent, so I get a little extra.

So, there ya go.  Use the comments link below, to bring us up to date on this important issue.

I apologize in advance, but I’m not sure when I’ll be able to update again.  It’s going to be a challenge for the next few days.  Sorry, but it can’t be avoided.  Only temporary, though…  By the end of the work week, everything will have returned to “normal.”

So, see ya next time.  Have a great day!