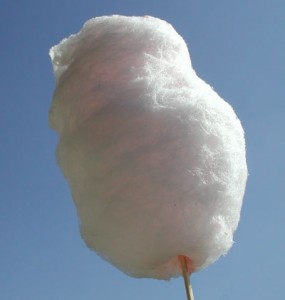 How many actual albums did Michael Jackson release during the past thirty years?  Three?  Four?  Hell, he’s only a few ahead of me, and I’ve been sitting around eating Funyuns and power-farting into upholstery my entire adult life.

In any case, it’s been a bad couple of weeks for celebs, hasn’t it?  Maude, Ed McMahon, Farrah Fawcett, Michael Jackson, Sky Saxon, Billy Mays, Scott Baio…  Who am I missing?

I liked Ed, a lot; he and Johnny were the classiest, and the best.  Maude scared me a little; I think she could palm a basketball.  It was hard not to like Farrah; she provided, um, fuel for an entire generation of boys, worldwide.

Michael Jackson released some great singles, but I was never a huge fan; I probably own more than 10,000 albums and CDs, and not one is by MJ.  Sky Saxon was one of the 1960s acid casualty musicians; I own two CDs by his old band, The Seeds.

I hope Billy Mays’ denim shirt and beard are on their way to the Smithsonian, as we speak; he seemed like a good guy.  And Scott Baio hasn’t died, as far as I know; I just listed him as a “joke.”

Agree with my quickie reviews of the recently deceased?  Tell us about it, in the comments.

On Friday the family, plus one, went to Knoebels amusement park.  And it was a great time, as usual.  Well, after we extracted ourselves from the Interstate 81 cluster-copulation, that is…

For roughly an hour we were either sitting still, completely, or inching forward so slowly the speedometer couldn’t read it.  I hate I-81, it’s the devil’s parkway.  I think the state of Pennsylvania just uses it as a jobs program, putting people to work doing “repairs” to stretches of road that don’t need fixin’.

But after that high-aggravation, we jumped onto I-80, and it was smoove sailing.  Before we knew it, we were walking into the greatness that is Knoebels.  God, that place is awesome…

It’s like going back in time to, say, 1965 or so.  But everything is clean and well-maintained, and you never feel like you’re putting your kids at risk.  It might be “vintage,” but it’s no K-Mart parking lot carnival.

Their food is also shockingly good.  During the day I had cheese fries, a “Southern Style” barbecue sandwich, a sweet tea slushie type of deal, three perogies, and an ice cream cone (Moose Tracks).

And all took up residency under the heading of yum.

The boys don’t really need our help with anything anymore, so they were off on their own most of the time.  Therefore, I didn’t ride as many things as I usually do.  (Too busy eating.)  But I went on the Phoenix roller coaster, and I think they had the speed all cranked-up on that thing.

You know how you practically come to a stop at the top of the first big hill of a coaster?  Then you creep over the top, and all hell breaks loose?  Well, on Friday we went sailing over that peak, without even a hint of slow-down.

It was crazy.  The thing was careening around the corners, and it felt like the fillings were about to fall out of my teeth.  I’ve probably been on that ride twenty times, and it’s never moved so fast.  I was mildly concerned.

But it was a great day.  While we were driving home, the younger Secret said, “Can we go again tomorrow?!”  It always leaves you wanting more.

The older Secret brought a friend whose mother is a little on the Nancy side of the spectrum.  She doesn’t let him eat garbage and crap, and everything’s gotta be a learning experience.  Therefore, he loves going places with us…

I think he had four bottles of root beer, a couple hot dogs, a wheelbarrow full of candy, and a family-sized serving of macaroni and cheese for dinner, at Cracker Barrel.  His mother would’ve had a stroke, but I think he had more fun than any of us.

I took a bunch of pictures during the day, but this is the only one I really like.

What did you do over the weekend?  Anything exciting?  Tell us about it, won’t you?  Use the comments link below.