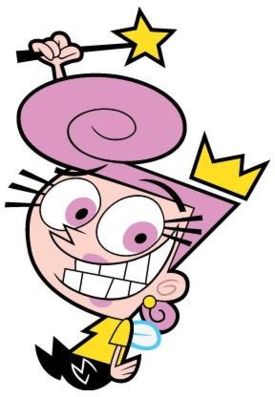 On Saturday afternoon the oldest Secret was at a football game with a friend, and the younger boy asked if we could go to Five Guys for lunch.

Hey, you don’t have to twist my love handles.  Let’s go!  It was a fantastic idea.

While we drove I could almost taste the melty cheese and grease.  Mouthwatering, as they say.  Mmmm… Five Guys.  I’ve started having them add green peppers to my burgers, and it makes them EVEN BETTER.

But it was not to be.  As we pulled into the parking lot we saw what seemed like fifty or sixty high school-aged kids emerge from a van (it felt like an optical illusion), all wearing matching blue and white sweatsuits.

It was some kind of team, and every single one of the grab-ass dipshits would be in front of us for burgers.  Grrr…  Five Guys is great, but they’re not known for their speedy service.  I estimated a forty minute wait, and my inner sensors almost never fail me when it comes to food.

Toney groaned, and said, “No way.”  She needed to go to the grocery store, and was already irritated she was getting such a late start.  My wife was in no mood to stand behind the William Howard Taft Fightin’ Fatsos, or whatever they were called.

But the Secret challenged this decision, and we continued walking toward the front door as we discussed it.  And when we got there we saw that the dining room was completely packed-out, like a rush hour subway car.

There was also a sign on the door warning about wet floors (it had been raining most of the morning), and we watched an elderly woman nearly slip and fall.  Good god, what a burger-themed nightmare.

“I’m not going inside that mess,” I told the Secret, putting the final nail in the coffin of his Saturday plans.  And as we turned to go back to the car, a large Fat Albert-like gentleman emerged from the mosh-pit, holding an enormous soda.

“You better be careful in there,” he said, “the floor is like a sheet of ice.”

“Yeah, we just saw someone almost go down,” I chuckled.

And then he said something that completely confuses me, and bothers me a great deal.  In fact, I’m going to need your help with it, if possible.

He said, “Hey, you go to Cincinnati, and it feels like you’re in Scranton!”

WTF?  What does that mean??  It’s gnawed at me ever since.  Cincinnati?  What in the everlovin’ hell?  What’s that have to do with slick floors? And we WERE in Scranton.  I don’t get it, not one tiny bit.  And it’s eating me alive!

Toney keeps telling me to let it go, but I can’t.  I need to get to the bottom of this.  What was Fat Albert talking about??  Please help me, won’t you?

And this has been a hectic day already:  I had to pick up the younger youngling at school ’cause he’s sick, Toney’s in the middle of EVEN MORE swim team drama (it’s like a soap opera or a junior high), and I had a pleasant conversation with my original book agent, who now works for another agency.

So, I’m going to have to cut this one a little short…

But before I get to the Question, I’d like to make a quick book suggestion.  Some of the older readers of this site will probably remember that I was in discussions at one point with National Lampoon Press, about possibly co-authoring a book called Field Guide for North American Humans, or somesuch.

They paired me with a guy named Aaron Starmer, and the two of us hit it off.  We worked well together, it seemed.  Here are a couple of the sample pages of our project — which was ultimately and unfortunately rejected.

In any case, Aaron has sold his first novel, and it was released last week.  He’s a funny and nice guy, and I hope a few (or more than a few) of you will check out his book.  It’s called DWEEB, and here’s the Amazon link.  My copy is already on order.

DWEEB is a young adult book, but if I know Aaron it’ll appeal to us old adults as well.  I’m looking forward to reading it, and congratulate him on his accomplishment.

And that’s my plugola for the day.  Give the book a shot, and I can almost guarantee you won’t be disappointed.

And now I’ll leave you with a Question that came to me yesterday, when I stopped at Sheetz for a drive-to-work Mountain Dew.

There’s a girl that works there who sounds like a Hanna-Barbera cartoon.  I’m not kidding, her voice is high-pitched, piercing, and ridiculous.  Every time I hear her ask a question, I think the Disney Channel is on.

And that’s it:  tell us about people you’ve encountered in your travels with “memorable” voices.  Tell us how it sounded, your reaction to it, etc.  Use the comments section below.