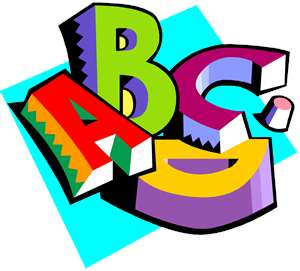 She was a nice person, as kind and gentle as teachers of young kids are supposed to be.  And she was apparently very good at her job, too.  She won many awards and taught at the same school for 45 years(!).  She was a legendary figure by the time I met her, and I’m glad to have been one of the hundreds and hundreds of Dunbar kids who passed through her classroom.

Ten or twelve years ago Toney and I were in the Dunbar Library, using their computers, when I heard someone say, “Well, hello Jeff.  How have you been?”  I looked up, and it was her!  My teacher… from first grade.  And she’d called me by my name.  How is it even possible?  It blew my mind, fully and completely.

We talked for a few minutes, and she couldn’t have been nicer.  I introduced her to Toney, and she jokingly warned my wife about me.  And while all this was going on, I kept thinking, “How in the hell did she remember my name??”  It still amazes me.

So, today I thought I’d briefly tell you about some of the things I remember about first grade.  It was a long time ago, and it’s kinda foggy.  But I do have a few memories…

If you were facing the front of the class, I sat in the row all the way to the right.  Behind me was a girl named Arlene, and the two of us talked constantly.  And I got into trouble because of it.  Arlene didn’t, but I did.  Even though she was doing at least half the talking…

One day Arlene kept leaning forward and whispering the word “underwear,” so that only I could hear.  I found this to be hilarious, and couldn’t stop laughing.  The teacher kept telling me to knock it off, but ten minutes later I’d hear someone whisper, “…underwear,” and it would start all over again.

I had to stay after school and tell the teacher what was going on.  I tried to explain, but it sounded ridiculous as the words were coming out of my mouth.

“So, the word underwear is what made you laugh, all day long?  Underwear?” she replied.

“Uh huh,” I admitted, trying not to laugh again, after hearing the word two more times.

I also remember sitting in her classroom as a flatbed truck drove past the window, with a ton of playground equipment loaded on the back.  There was a fully assembled slide on the truck, and the sun was reflecting off the metal, and blinding me.

And I recall sitting in a corner of the class, just a few of us at a time, learning to read.  Each letter of the alphabet was tacked above the blackboard, and we went over them — one by one — until we reached Z.  I was excited when we got to the end, and announced to my mother, later in the day, that I could read now.  But she seemed skeptical.

Also, there was a kid in the class named Jeff W.  He was one of those people who was around during elementary school, then disappeared.  I have no idea what became of him, and don’t really care.

But I remember him emerging from the bathroom, with his pants around his ankles.  He shuffled into the classroom, and said, “Teacher, will you wipe me?”  There was a tsunami of laughter, and the poor bastard waddled back into the bathroom, with a look of sheer terror on his face.

During that year the teacher was also showing us how dangerous the doors could be, and warning us not to slam them and get our fingers mashed.  She held up a pencil and closed the door on it, to illustrate what would happen.  The pencil snapped in half, and we all got the idea.

Except Jeff W., that is.  Within one to three minutes, he somehow managed to slam his hand in the exact same door, and his fingers were pointing in multiple directions.  We couldn’t stop laughing.  Wotta first grade douche.

During that year our teacher disappeared for a month or two, and returned with skin grafts on her face.  They talked with us, at length, trying to prepare us for this, but it was still pretty shocking at first.  I still don’t know what happened, but suspect it had something to do with cancer.  It was not pretty, but it didn’t take us long to adjust.  She was still just as smart and kind and gentle as she’d always been.

And that’s gonna do it for me, boys and girls.  Do you remember anything about first grade?  If so, please tell us about it.  Use the comments link below.