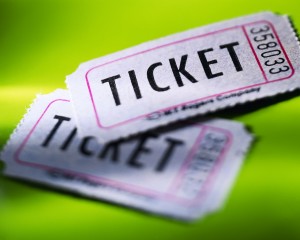 Have you ever stood in line for something so long, it was actually camping?  You know, like spending the night somewhere for concert tickets?  Or a new piece of gadgetry?  Or a video game?

I’ve been to hundreds of concerts, and have never camped-out once.

I seem to remember paying someone who was planning to spend the night in front of the Charleston Civic Center, to buy me a pair of tickets along with his.  But I don’t even remember the band involved at this point.  Maybe the Police?  I’m not sure.

But what about you?  Have you ever done such a thing?

Sometimes I go to Best Buy, and there’s a freaking tent city erected on the sidewalk out front.  And while I’m walking into the store, I look over and see the free-range nerds sitting there in Coleman camping chairs (Transformers edition), waiting for the release of the new G3 GamePants 3000, or whatever.  And I shake my head in sadness.

I love gadgets, but I’m not a foaming fanatic about them.  I can’t imagine myself ever taking up residence in Douche Village, just so I could brag that I was the very earliest of adopters.  I mean, seriously.  Some people are defined by that kind of crapola…

But what about concerts?  Yeah, that might be my weak spot.  I was trying to think of some shows I could theoretically see myself sleeping on a sidewalk for, and it’s a short list.

A one-off Replacements reunion would probably get me out there.  And before Joe Strummer died, I would’ve camped for the Clash.  I never saw the Clash, and that’s one of my biggest musical regrets.

What about you?  Have you ever spent the night on a sidewalk outside a store or box office, for the privilege of buying something very early?  Tell us about it, won’t you?  Did anything interesting happen?

Also, what might get you out there today?  Anything?  It would have to be something pretty freaking extraordinary for me to do it…

And I overslept today (it had nothing to do with the Clash), and I got a late start on this one.  Sorry it’s so… abbreviated.  I’m going into the yurt tomorrow, and might not be able to update again until the weekend.  But we’ll see how it goes.

Thanks for reading!  See ya next time.