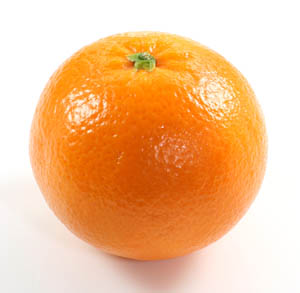 Before we get started with this one…  a few “miscommunication shirts” remain available for purchase.  More than forty of your fellow Surf Reporters are already onboard though, and the end is near.  So, if you want one, now’s the time to act.  Right now!  Or a little later, whatever.

Over the weekend I had a Thin Mint Cookie Blizzard, at Dairy Queen.  It was made with shards of my favorite Girl Scout cookie, and I thought it might be something I’d enjoy.  But the shrapnel is embedded in a mint-flavored ice cream that, in my opinion, takes things too far.  It was like eating cold toothpaste.

If they’d just used the regular white soft serve that is the basis for all things DQ, I’d probably be raving right now.  But I was kinda disappointed.  Have you had it?  What did you think?

Apparently Dairy Queen offers one new novelty Blizzard each month, and Thin Mint is what they came up with for September.  I’ve got my fingers crossed for November.  I’m hoping they’ll hit us with a Thanksgiving Dinner Blizzard, featuring turkey, gravy, stuffing, and pumpkin pie.

What other limited edition Blizzards could they offer at Dairy Queen?  Maybe we can help them out?  I have a feeling we can brainstorm a few cutting-edge flavor combinations for those folks.  Use the comments section below.

Have you ever had one of your emails, or text messages, misconstrued — because the recipient mistook the tone of it?

…Well, “marshmallows” would likely be misspelled, but you know what I mean.  The woman updates Toney on every tiny detail of her life, and it’s fairly hilarious.  I have a great time predicting what the latest text will be.

Anyway, a couple of weeks ago Toney wrote to her, “I can’t believe you’re still [something or other].”  Meaning:  That’s amazing!  But the woman took it to mean:  “I don’t believe you, I think you’re a lying bag of turds.”  Heh.

This triggered two or three days of attitude and cold-shoulder from the woman in California, and Toney felt kinda bad about it, even though she didn’t really do anything.

Has this ever happened to you?  I don’t send too many texts, and never answer my email (a joke — sorta), so I can’t remember running into such a problem.  What about you?

Steve recently spotted this listing in a weekly newspaper published in his neck of the woods.  And how’s that for hard-hitting journalism?  Kinda reminiscent of Woodward and Bernstein’s work during Watergate, isn’t it?