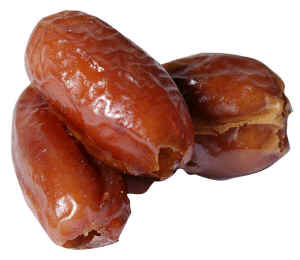 Last night at work I was eavesdropping on a conversation between two women in the break room.  Both said they’d met their husbands at previous jobs, and believe most people meet their spouses that way.

I’m not sure if that’s statistically correct, but Toney and I also met at work, in Atlanta.

I’d moved to the city with a girlfriend, we’d maintained for a year or so, then everything went circling down the ol’ turd-catcher.  And suddenly I was lonely and afloat (if you’ll excuse the phrase, coming in such close proximity to “turd”) in a place with no drinking buddies.

And mister, that’s not a good situation…

So, for the only time in my life, I started “dating.”  Previously I’d had very little experience with such things; I’d had two longish relationships, that took up the bulk of my adult life.  So dating, and “playing the field,” was almost completely foreign to me.

And it blew mule.  I started asking women out, on a semi-regular basis, and felt NOTHING for any of them.  I was probably still in some kind of mourning from the just-collapsed relationship, I’m not sure, but my heart just wasn’t in it.

I went out with a girl a couple of times, and she sent me a long letter – to my apartment – saying she was IN LOVE with me.  Love?!  You’ve got to be kidding!  And in a letter??  Man, that chick was even more messed-up than I was…

A few clearly hated me, or whatever, and that’s perfectly understandable.  It wouldn’t be fair to criticize a person for such a reaction…  But in several instances it was nothing more than a lack of compatibility, as it pertains to humor.  If we can’t see eye to eye on what’s funny, and what isn’t, there’s no hope whatsoever.  I mean, seriously.

I never actually did this, but a good test for a prospective girlfriend might be to sit with her on a bench inside a mall – and just see what happens.  If she starts critiquing shoes and handbags, you might have a problem.  But if she instinctively begins mocking the passersby, she’s very likely a keeper.  Especially if her observations are creative and biting.

Anyway, I was on one of those horrible dates, and a woman told me a story that still makes me laugh.  She said she was asleep one night, and was awakened by a loud groaning noise.  Confused, she sat straight up in bed – just as a water pipe exploded in the wall beside her, sending her flying ass-over-tits across the bedroom.

I mean, how could a person not laugh at such a thing?  That shit’s hilarious, right?  Well, this one was offended by my reaction, and once again: next!

Toney worked for the same Big Ass Record Company I did, and seemed interesting.  She hung around with the hipsters, but didn’t really participate in the high-obnoxiousness.  I did some light detective work, and it appeared she wasn’t dating anyone.  So I asked her out.

And it was a bumpy start, but not because of a humor-gap, or anything like that.  No, we made a great team, almost from the beginning.  It had more to do with my ex, her ex, and all that confusing crapola.

But the point is, we kinda confirm (anectdotally), last night’s break room theory.  So, I’m going to end this brief update with a request for further information:  where did you meet your significant others?  Is work where it usually happens?