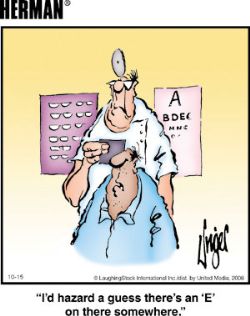 I took a week’s worth of vacation a month or so ago, to start work on the new book, and it didn’t go well.  I got some stuff written, but knew in my gut that it wasn’t very good.  I was distracted by a million other things, and could never get into the zone.

But on Friday I played around with the first chapter, at home and at Panera, and bashed it into shape.  Everything was slightly out of kilter during that week, but the material appears to be fixable — which is a relief.  The thought of an entire week going down the ol’ poop catcher was making me sick.

A lot of the things that were weighing heavily on my mind are now in the process of being resolved, and I want to get fully obsessed with the new book project.  The necessary obsession has been elusive so far, and it was concerning me.  I just couldn’t get excited, I was forcing it.  I don’t believe in writer’s block (total myth), but I believe in being distracted to the point of doing shitty work.  In that, I believe.

I’ve also decided to let go of Crossroads Road.  I try not to talk about it too much, but I’m constantly promoting that thing behind the scenes — or thinking about the promotion of it.  On Friday, when I had my first good day with the new book, I made the decision to not actively promote the first one anymore.  And I ain’t kidding, it felt like a thousand pound weight was lifted off my shoulders.

I’m happy with Crossroads Road.  I know it’s not anywhere near perfect, but I think it’s entertaining and that was the goal.  It sold reasonably well, but never really blew up, as we used to say in the record weasel world.  It’s not over, though.  I plan to write a follow-up to it — there’s unfinished business on the cul-de-sac — and the two books together will form a more perfect union, or something.

I haven’t been drinking beer for some reason.  I quit for a couple of months, started back, realized I wasn’t really enjoying it, and stopped again.  It wasn’t planned, I just had no interest.  Still don’t.

But it’s weird… there’s a small two-hour window — on Saturdays between 5 and 7, roughly — when Toney and I would traditionally split a 6-pack of some obscure microbrew.  We’d go to Wegmans, pick something we’d never had before, and try it out before dinner every Saturday.  I do sorta miss that.  It was fun, and I think we’re going to reinstate it this coming weekend.

But cracking open a Yuengling as soon a I get home from work… and drinking six or eight of them on Fridays and Saturdays… It’s something I’m not currently interested in returning to.  It keeps me tired and bloated, and non-productive.  Three craft beers per week shouldn’t do too much harm.  Right?

And speaking of bloated, I went to the gym near our house a few days ago, and asked for a price sheet.  I’m seriously considering joining.  I was a member there, about ten years ago, and quit after two or three months.  But something is going on with me that’s never happened before.  I think it might be the time.

The woman at the gym started in with her sales pitch, but I shut her down.  I didn’t want to hear it, especially from a girl with a BB stuck to the side of her nose.  She wanted to take me on a tour, and was getting ready (I’m convinced) to make me a “one-time” offer.  You know, where there’s a big discount if you sign up on your first visit only?  I didn’t even allow her an opportunity to get halfway through her first scripted sentence.  Ol’ BB nose saw nothing but my wide back walking out the door.

If you belong to a gym, how much do you pay?  This one costs $32.95 per month, which seems pretty high to me.  And there’s not even a discount if you pay by the year, or six-months, or whatever.  Is that too much?  It’s been ten years for me, so it’s possible that I’m out of touch.  The cool thing, though, is that it’s month-to-month and you can quit at any time.  No long contracts, or boolshit like that.  That’s a nice, new development.

In the comments section, please tell me what you pay for a gym membership — if applicable.  Also, if you have any interesting gym stories to tell, please do so.  I remember seeing a naked man clipping his toenails once, in the locker room.  And that might have been the day I stopped going…  It’s still BURNED into brain, no matter how much I try to purge it.  Shit!

And finally, I spent a lot of time in a waiting room yesterday, in downtown Scranton.  Good times.  While the minutes crept past, I flipped through a newspaper and noticed the comics page.  Do people really read those?  I’m surprised they still exist.  Seriously.

When I was a kid I liked two comics:  Herman, and Funky Winkerbean (heh).  Both seemed to be funnier and more clever than the rest.  I also read Peanuts, and Blondie, and Beetle Bailey, but they rarely made me laugh.  They were just… pleasant, I guess.

And remember those “serious” comics, like Mary Worth?  Who read those??  What in the hell?  They seemed to run for decades somehow.  It was baffling to me.

Do you read comics in a newspaper at this point?  Which ones?  And what were your favorites from the old days?  Please tell us about it, won’t you?