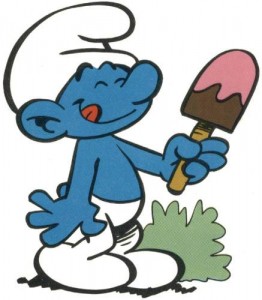 This is my Friday, and even though I took a vacation day on Sunday, it’s been a long week. There are new processes at work, a major retooling of one of my department’s main functions, and it’s been an adventure. I don’t know how to fix problems anymore… Where I was once a semi-expert, I am now walking around with a cartoon question mark over my head.

But if I can make it through one more day, without anything horrible happening, I’ll be home free.

Unfortunately, my home life is equally out of control. Toney’s working a lot, and we’ve both been running wide-open for a couple of weeks. The lawn needs mowed, the house looks like Silvio and Christopher were here looking for the “union dues,” and my hair is now an impenetrable Peter Brady helmet.

So, that can only mean one thing: I need to make a few lists. That’s how I fool myself into believing I’ve got a handle on things, I make lists. As long as it’s all written out, in an organized manner, I’m able to hold off the panic attacks.

Is that unusual? It sorta reminds me of the woman at my old job who posted a shitload of signs all around her desk, to keep a handle on her world. “If I’m holding a phone to my ear, that is not a signal for you to start talking to me…” etc. Heh.

How do you deal with chaos?  Do you have any special methods?

Also, the PayPal links should be working now. I found out they’d somehow shit the bed yesterday, as I was leaving for work. And do you know how insane that made me last night? Knowing the links were screwed-up, but not being able to do anything about it for twelve hours? Man, that kind of thing will someday send me to the wacky shack, straight-up.

Anyway, all should be right with the world again. Here’s your fully-functioning order page.

Oh, and the whole fambly is going to Knoebels on Friday, along with a couple extra kids thrown in for added “enjoyment.”

But at least I still have beer. Beer, and my lists.

A woman at work told me a great story a few days ago. She said her sixteen year old daughter’s skin started turning blue. Her arms, legs, and face just suddenly went Smurf on her, for reasons unknown.

They took her to the doctor, who couldn’t figure it out. It wasn’t something on the skin, like ink or anything like that. He tried to wipe it off with alcohol-soaked cotton balls, and it seemed like she was simply changing color. The doc was baffled.

She was referred to a specialist, who diagnosed her with some obscure-ass disease that only ten people a year contract, or somesuch. This was one for the medical journals, something few had ever seen. This blue girl was a full-blown medical aberration!

But, of course, there was a simpler explanation. The “expert” didn’t figure it out, the girl’s mother did. And tomorrow I’ll tell you why her skin was turning blue. In the meantime, I’d like to get your theories.

Buck gave me an assignment last week. He asked me to try the new Mountain Dew Throwback, which is supposedly sweetened with real sugar, instead of corn syrup(?!). I think they’re trying to cash in on the Mexican Coke craze and, of course, I needed to check it out. I’m a big fan of the novelty Dews.

And I hate to disappoint, but I can’t really tell a difference. It tasted the same to me. When it started getting a little warm, near the end of the bottle, it was mildly different, but nothing drastic.

What do you think? Have you tried the new Mountain Dew Blowback, or whatever it’s called? What are your thoughts on it?

We have Pepsi Throwback in our vending machines at work, and people act like it’s the greatest thing ever. But I think they’re being manipulated, and don’t really know what they’re talking about. Ya know? Of course, I’ll never know, since I don’t drink Pepsi. I’m a fully dedicated Coke man, thank you very much.  To drink a Pepsi would be sacrilege.

Starting in July there are going to be some major changes at eMusic. They’ve always been an independent label hipster oasis, but in a few days they’re going to start offering the — get this — the Sony catalog.

So, in addition to Neutral Milk Hotel we’ll presumably be able to download albums by… Journey. Will somebody please hold me?

Actually, I don’t really care. In fact, I like the idea of having more to choose from; I’m not as big a music snob as some might believe. I just hope the site doesn’t turn into iTunes, with flashing Jonas Brothers promotions on the home page…  I don’t think I could handle such a thing.

But that’s not the only Big Change. My monthly credits are also being dropped from 50 to 37 (for $14.99). Which irritated me at first. However… they’re only going to charge 12 credits for a full album — even if the album has twenty songs on it. And since I only download full albums, it’ll probably be a wash for me.

Yeah, it’ll be interesting to see how it all shakes out. I love eMusic, it’s one of my favorite things. Big changes, and “improvements” make me nervous, but I’m keeping an open mind. Stay tuned.

And that’s all I have time for today, friends. I’ll be back tomorrow, and will try to zero-out the Big Notebook of Fun.