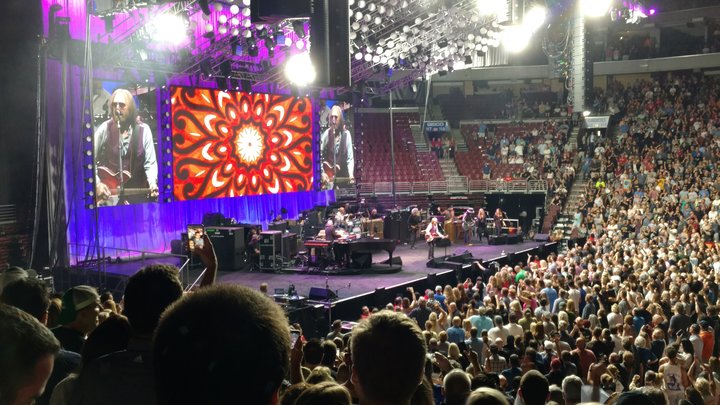 Tom Petty is one of those guys I’ve always liked, but on a fairly casual basis. I mean, I have his greatest hits album on CD, which sounds sensational in a car, and picked up a handful of his latter-day albums when I worked at WEA. But, for whatever reason, I never fully engaged with him after the late-1980s. I bought all his early records on vinyl, and know them very well. But I never re-bought any on CD, like I did with so many other artists.

However, during 2017 I’ve changed course, and gone all-in on Tom Petty, as well as the Heartbreakers. I mean, you can’t forget the Heartbreakers, right? This year I’ve purchased all of the studio albums on CD, watched the four-hour documentary on Netflix, and read the biography. It’s been one Petty-heavy year so far.

And Saturday night I saw them in concert, for the second time. Supposedly it’s their final “big” tour, whatever that means, and is being billed as their 40th Anniversary. Even though they’ve been together for 41 years, as far as I can tell. Hey, whatever.

And I have a few thoughts on the experience, if you’ll indulge me? Good, let’s go.

Because of the ticket prices I would’ve NEVER in a million years considered going to Saturday’s show, if it hadn’t been for the relentless campaigning of my older son. He was going to go with his girlfriend, and for some reason (I barely listen) she had to bow out. He called me one night at work, and asked if I’d want to go with him instead. And, of course, pay for one of the tickets. “How much are they?” I asked. “Probably close to $200 each,” he said.

After I got my violent coughing fit under control, I told him there is absolutely no way. I paid $8.50 to see Queen in 1980, and was very likely bitching about that price at the time. Just going out on a limb here… Two hundred dollars?! What am I, a complete asshole? I suggested he get one of his dipshit friends to go with him, ended the conversation, and waited for my Father of the Year plaque to arrive by courier.

Fast forward three days… and we’re on Stubhub looking at the astounding prices for the sold-out show. And the next thing I know, the credit card is out and we’re paying (get this!) $540 for a pair of tickets. It still makes my sphincter wink, but I try not to dwell it. Sweet sainted mother of Catfish Hunter! 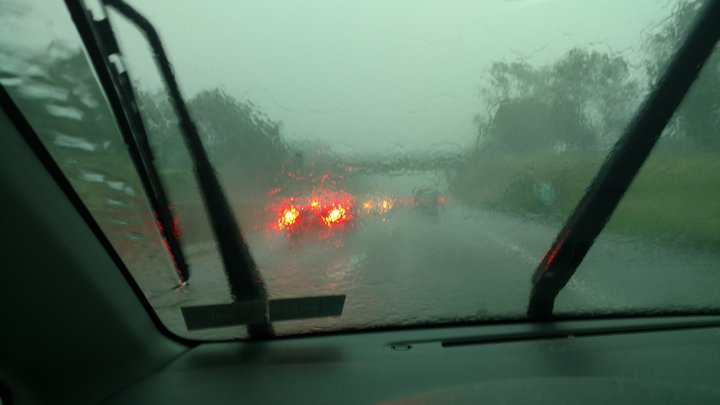 I had mild anxiety every time I thought about the show. There was so much money invested, and the boy had it built-up in his mind to a dangerous level. I didn’t want him to be disappointed for any reason. Plus, I wasn’t 100% confident the tickets were even legit. What if we got there and found out there were eleven other people with the exact same seats? I don’t know anything about it, and am not qualified to even have an opinion on the subject, but had decided Stubhub is nothing but a hive of thieves and swarthy con men, probably with advanced eczema. Oh, I had a very specific vision of them in my mind.

But, the day finally arrived, and the picture above was how the entire drive to Philadelphia went for us. We were apparently moving inside a storm cell, and it moved as we moved. It was intense and continuous. People were driving at 30 mph, or pulling off the road completely. It certainly wasn’t ideal, and I was shouting at all the pusslets impeding our forward progress. “It’s rain, you whistle-dick bastards!!”

The monsoon continued, and we had to sprint across the parking lot. There was standing water everywhere, and I was thoroughly soaked by the time we reached cover; my underwear was suctioned to my ass like Saran Wrap on a ham. I knew it! This whole thing was cursed. Probably by one of my grandfathers in heaven, looking down on me and not at all liking what he’s seeing. 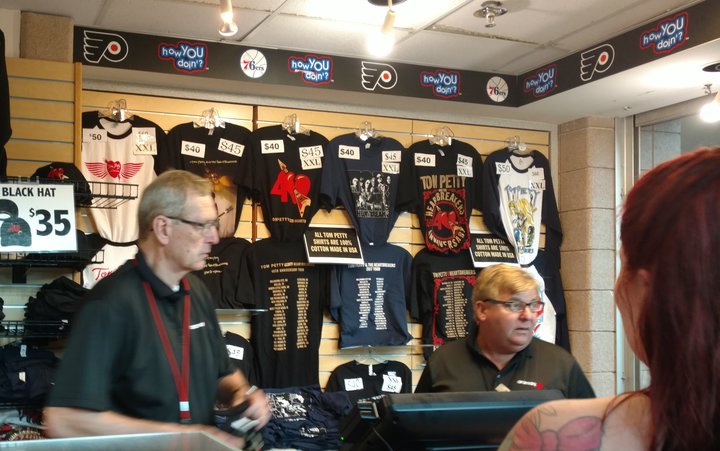 Speaking of that, I’m slowly turning into my dad. You know, without all the pesky know-how and integrity. A good percentage of the evening revolved around me complaining about the high cost of things. It started with the parking. Twenty-five dollars?! Are you shitting me? It’s ludicrous. And look at the prices of the t-shirts above. Not that I’d buy one, mind you. I’m 54 years old. It just annoys me. I saw a sign at one of the food stands: Philly cheesesteak and soda: $20. What the? I was starving, so I ordered a hotdog and a bottle of iced tea, and it came to $11.50. Roving assholes were selling boxes of popcorn for $7, and 16 oz. beers (swill, like Bud Light) for $13. It’s almost shocking. They probably had 12 cents invested in that popcorn, and 8 of it was the box.

I also did about fifteen minutes on people carrying luggage all the time. Look at this shithead. He’s at a rock concert. Why does he need a duffle bag? Right after he hears “Breakdown” he’s hopping a red-eye to Denver? Somehow I doubt it. And I see it all the time: people carrying backpacks and overnight bags and canvas paperboy pouches. What are they toting around? I’m a average guy, and don’t require a goddamn satchel everywhere I go. What is this alcoholic carrying? It doesn’t look like much, because it’s all collapsed ‘n’ shit. So, why’s he at a concert venue with an empty weekender over his shoulder? It makes me angry, because it’s so stupid.

The tickets worked, of course, and the seats were really good. I took the photo at the top during “I Won’t Back Down.” They kept bringing up the house lights during that song, and I snapped it while the lighting was right. It’s a good one, I think.

However, I was wedged between my son and a roly-poly man who was spilling over into my personal space. And I need all the room I can get, dammit. I’m not exactly a prancing sprite, myself. And as I wriggled into place, he turned to me and said, “Is it just me, or are they making these seats smaller and smaller?” It was two fat guys having a moment, on a warm July evening in Philadelphia.

But he turned out to be an odd character. He was about 60 and alone, seemed semi-hostile toward the whole thing, and never applauded or showed any kind of emotion. He stood a couple of times, when everybody else stood, but just stared at the stage, stoic and unmoved. Hey, whatever, Dumplin’. 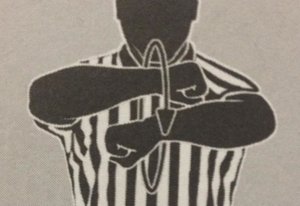 The opening act was Peter Wolf, former lead singer of the J. Geils Band. He’s 71 years old, and thrashed around for an hour like he was caught up in a swarm of hornets. I was afraid he was going to spiral off the stage, or explode his pelvis or something. He was going to town, fully and completely. I didn’t recognize most of the songs, until the last three or four. Here’s the setlist. He sounded good, and his band seemed topnotch. And he’s still doing that rapid hand-spinning thing he was doing in the ’70s and ’80s, which made me happy. He is, without a doubt, one of the best hand-spinners in the business.

After Peter Wolf finished, the couple on the other side of my son left in disgust, complaining about the volume. I don’t know if they moved to other seats somehow, or left the facility altogether. And, what the hell, man? They were both outraged because it was “too loud.” At a rock show. The tickets cost a small fortune, and those folks disappeared before Petty even hit the stage. It was the greatest turn of events ever! “Scoot down one,” I told the boy. I was tired of having a stranger’s red-hot side-fat pressed against me, and this was like a gift from heaven. Thank you, delicate flowers! I think the Little River Band is on tour this summer. Maybe that will better suit your fragile sensibilities. 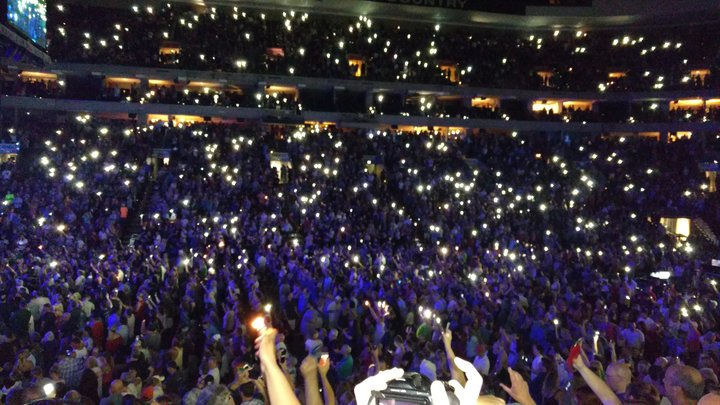 The show itself was good: tons of hits, audience singalongs, rocking performances. Here’s the setlist. Even though they played for two hours, or thereabouts, there were many, many big songs they didn’t play. I guess that’s to be expected when you’ve been cranking out platinum albums for four decades, right? There’s no way to do ’em all. It was fun and exciting, just like we were hoping it would be. Here’s a review, and here’s another. I snapped the photo above before the encore, and only included it because I think it looks kinda cool.

I’ll leave you now with some quality audience footage from the show. How do people do this? With just a phone? It’s crazy. This is “Free Fallin'” from Saturday night: