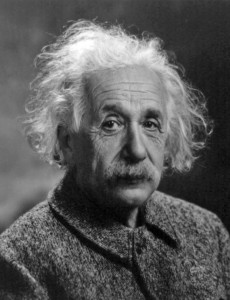 Over the weekend Toney and I attended a “Beer & Food Pairing Event,” at a local fancy-ass grocery store.  Or, as a big part of their clientele probably prefers, “market” or simply “grocery.”

“Ooh, can you pick me up some capers and buttplugs?”

Here’s a rundown of the offerings, and my quickie review of each:

Allagash Abbey Dubbel paired with Spicy Tuna Roll & California Roll.  The beer was a Belgian, brewed in Maine, and was very tasty indeed.  The sushi, on the other hand, made my lower jaw retract.  Not a fan of the trendy, hipster raw fishies…  Heck, I don’t even like ’em all that much grilled.

Yuengling Lager paired with Steamed Clams and Sourdough Bread.  I’ve had roughly seven million Lagers, so there was nothing especially novel about that.  My favorite standard-stock!  The clams were freaking seashells, with a little hunk of chewed bubblegum inside.  It tasted like fish, but had something gritty in it.  Again, my lower jaw went back.

Victory V12 paired with Mojo Pork Tenderloin with Black Beans and Salsa Verde.  I don’t remember anything about the beer, so that’s probably not a good sign.  I like some of the Victory brews, but have also had a few that were kinda forgettable.  The pork got bigger the longer I chewed, and had some kind of green shit on top.  I opened my mouth over a trash can, and let everything fall out.

Sly Fox Rt 113 IPA paired with Chicken & Feta Sausage on a Whole Wheat Bun topped with Brushchetta.  The beer was excellent, so good I tried to locate a 6-pack on our way out the door.  But I couldn’t find it within two minutes, so screw it.  I’m a very busy man.  The sausage sandwich thing tasted OK, but I couldn’t get over its whiteness.  Sausage is not supposed to be white, so I threw most of it in the garbage.  If I’d been blindfolded, I have a feeling I would’ve eaten it all, and wanted more.

Stoudt’s American Pale Ale paired with Two year Grafton Reserve Cheddar on baguette.  Again, the beer was superior.  I’m a big fan of the hoppy IPAs and pale ales, and this was a good one.  I was able to locate a 6-pack before irritation set in, and bought it.  The cheese was really good, too.  I wouldn’t mind pulling a Costanza and stripping to the waist, and eating a block of the stuff the size of a car battery.

Lindemans Kriek Lambic Spritzer paired with Sorbet.  This one was on the patio, and it was pouring rain outside, so we wimped-out on it.  Anyway, I didn’t like the sounds of that “spritzer” in the title.  Ya know?

We attended another such event a few months back, and I thought the food was better last time.  But, I’m sure others would disagree.  With their pinkies out.

I also got to spend roughly twenty minutes with Nancy and the Gang this weekend.  They were on their way back to North Carolina (or is it South Carolina?), and wanted to have dinner with us.  But, of course, it was complete chaos and they didn’t get to town until almost 10 o’clock.

They stayed at a motel, and had all their earthly belongings packed inside a Ryder truck and their l’il dandelion-powered car.  But they came by the house for a few minutes, and Toney went to breakfast with them the next morning.

Nancy hugged me, and Nossy gave me one of his horizontal handshakes.  You know, when a person extends their hand palm-down and going side-to-side?  Oh, it’s very European dandy…  We probably won’t be seeing as much of them now.  They’ll be living a lot farther away from the compound.

They seemed to be upset about this, for some reason…  How odd.

The next morning I went to Sheetz to get some cash from their no-fee ATM (money for nothing), and the whole gang was there.  It looked like they were topping off the gas in their truck, and Nancy was buying two massive coffees.

I walked over to their vehicles, and Nossy was having some kind of episode.  His hair was all messed-up, like Albert Einstein, and he acted like he was about to start crying.  He was muttering something about their mortgage papers, and his chin was quivering.

“Well, you guys have a safe trip,” I said, and walked away.

I tried to tell the translucents goodbye, but the hammer-head dog lunged at me with its teeth bared.  I wanted to poke it in the eyes, like Moe, but was afraid I might pull back nothing but a wrist.  I notice all three see-thrus were wearing shirts that recently belonged to our boys.

Before I call it a day here, I’d like to invite you to buy twenty or thirty of the new Surf Report shirts, and also read the silly new mockable (which makes me laugh).

I don’t really have a Question for you today, so just tell us what you did this past weekend.  Anything extra-exciting?  Use the comments link below, and I’ll be back here tomorrow.