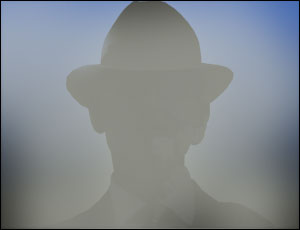 I could use a little help with something, my friends.  Have you ever noticed how a funky bathroom is almost always really warm, as well?  Why is that?  Any ideas?  I’d like to know your theories on the subject.

Just yesterday I walked into a smallish public restroom, and a wave of heat and breathtaking stink washed over me the moment I crossed the threshold.   “Oh my god!” I screamed involuntarily, before turning and fleeing the Santa Ana funk.

And as I walked away with purpose, I started thinking about the elevated temperatures almost always present in a recently turded-up toilet.  Why?  Do stink particles vibrate and make the air hotter?  Or is it because of the guy who was obviously there, just a few short minutes ago?  Perhaps it’s the defecator’s body heat, generated during an especially challenging session?

I don’t know, but I sure hope it’s not the latter.  For some reason that would make it even worse…  It’s bad enough to be enveloped by a rolling shit fog, but to also sense the presence of the source?  No.  That would be almost too much to handle.

If you have any insight into why horrible smelling bathrooms are also really warm most of the time, I’d be much obliged if you could share it with me in the comments.  And if you have a kid who is trying to come up with an original experiment for a science project…  Well, there’s no need to thank me.  Just send me pictures of the poster board display, and we’ll call it even.

On a related(?) subject, have you been following the story about the stranded cruise ship that was recently towed back to San Diego by a Mexican tugboat called the Chihuahua?  Heh.  Because of a fire on board, there was no electricity or air conditioning, and overflowing toilets, for four days at sea.  Most of the food rotted, and (get this!) the ship was overrun by professional magicians.  Can you imagine such a thing?  Magicians!

Here are some quotes from news articles about the ordeal:

“It smells like a lot of people are throwing up,” she said. “I can smell that a lot.”

“Anything they could put between two pieces of bread, they did,” said Hobbs. “I had a pork-n-beans sandwich.”

“It was putrid like a pit toilet,” Greg Parish said, 48, adding it was his first and last cruise. “This is a vacation from hell… I think I’m pretty done with this cruise business.”

“It was absolutely deplorable. … I felt marooned on a prison ship, because I was in the dark and I had mayo sandwiches and backed-up toilets. It was just bad, it was really bad all the way round,” he told CNN.

Some images from the first few hours which Mr Heald said stuck in his memory included Captain Cupisti’s hair, which he said usually looked like “he has stepped off the front page of GQ Magazine. …but as I walked on the bridge his hair looked like he had slept in a crash helmet which he had just taken off.”

And then there’s this charming anecdote:

Gina Calzada, 43, of Henderson, Nev., said her diabetic sister, Vicky Alvarez, called her Wednesday morning on her cell phone and started sobbing. She said she has not been able to take her insulin for her diabetes because she is not eating enough.

She told Calzada all that she had eaten was some bread, cucumbers and lettuce.

“She said it stinks of rotten food and smoke,” Calzada said. “It’s dark, and it’s cold.'”

Alvarez’s husband said that when he went looking for food for his wife, a crew member told him to give her a Tic-Tac.

I’ve never been on a cruise, but would like to have the experience someday.  I like experiences…  Do you have any stories to tell on this subject?  I think I might be the last person who’s never been on a cruise, and assume most of you have.  Tell us about it in the comments, won’t you?  Did anything interesting happen?  Hopefully nothing like this?