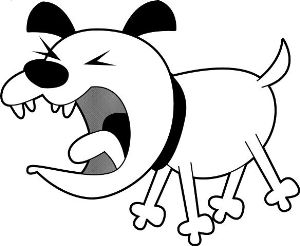 Sorry about yesterday.  I polished off a Mavis Staples frozen meal, and almost immediately felt pukey.  I don’t know if there was bad turkey in there, or what.  But within ten minutes I was right up to the cusp of some sort of explosive event.  Either a power-vomit, or a “cannonball dookie.”

So, my mind was far away from the daily update.  I apologize, but I’m happy to report that nothing bad happened.  I just felt horrible for a couple of hours, and everything returned to normal.  Weird, huh?

I’ve noticed that those frozen dinners aren’t as good as they used to be.  The meat, especially, seems to be of lesser quality.  I’ve been an evangelist for the Marie Callender’s brand for years, but over the past six months or so… there’s been some slippage.  I have no real evidence of this, but I sometimes suspect I’m eating pressed bull rectum.

Who makes the best frozen meals?  I’ve been hooked on one kind for a decade, but it might be time to start looking for another provider o’ the sodium.

On Sunday I went to the laundromat, because our washer still doesn’t work, and there were dogs in there.  Oh, it’s a high-class joint…  When I arrived they were barking – inside the building – and I thought, “Good god, it’s like a Jesco White documentary.”

I went in there, as the two medium-sized hounds calmed down, and found a pair of available washing machines.  The place was pretty crowded, so I was concerned I might have to use two that weren’t side-by-side.  But it worked out OK.  I dumped my crap into the washers, poured some soap on top, and tried to find a cool spot (something below 90 degrees) to wait.

I stood playing with my phone, as sweat trickled down the center of my back, and saw some guy load what looked like forty pairs of dingy-ass tighty-whities into one of the double washers that cost nine quarters.  That’s how the price is displayed on the front: “nine quarters.”

Several thoughts went through my mind as this spectacle unfolded.  For one thing, do they even sell that kind of underwear anymore?  What is this, 1979?  Plus:  why so many?  I’m not sure I own forty pairs of drawers, much less find myself in a situation where they all need washed at once.  Had he been out to sea or something?  And finally, a little bleach wouldn’t hurt.  Seriously.  That was one hell of a batch of hideous, discolored ball-socks.

One of the washers eventually finished its shuckin’ ‘n’ jivin’ and the other one couldn’t be too far behind, I knew.  Since our dryer is still operational, I thought I’d just take everything home and finish the job there.  So, I waited.  …And waited.  And finally I got impatient and lifted the lid.

Not good.  The whole thing was full of water, and my clothes were fully submerged.  And it was done; there would be no additional activity.

Dammit!  What do I do now?  My clothes were literally underwater, and I needed to leave for work in less than an hour.  I checked my pockets and found two quarters.  So I twisted as much water out of my stuff as possible, and threw them into a dryer.  I left a wide trail of wetness between the washer and the dryer, and a fourteen year old girl almost slipped and fell.

I ran the dryer for twelve minutes, which is what fitty cents will buy you, and they were still soaked when the time was up.  It was a total fiasco.

And as I was carrying my heavy water-bloated pile of clothes to the car, those two dogs went off again and started barking and leaping and whatnot.  And I experienced a low-grade depression for the rest of the day.

Last night at work we were talking about people who like to complain about their meals in restaurants, and it got me to thinking… I don’t believe I’ve ever sent a meal back.  Oh, I’ve complained about terrible service before, and I informed our waitress about a bug in my jambalaya in Atlanta once (she insinuated I put it there myself!), but I can’t really remember sending a meal back.  Maybe an under-cooked steak, once or twice?  I can’t remember anything too dramatic.

But I’d like to make that our Question of the Day:  have you ever asked for a restaurant do-over?  Please tell us about it.  What was the problem?  Did they take care of it for you?  Also, if you’ve ever been on the other side and had to deal with demanding asshole customers, we’ll need to know about that, as well.

I’ll probably be back tomorrow, since I missed Tuesday.  So, I’ll see you guys then.