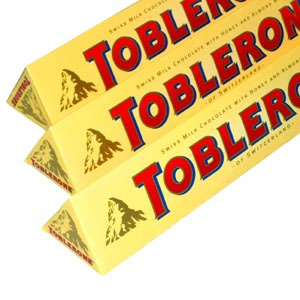 The Big Ass Television has stopped working, just like every other expensive thing we own.  It’s between four and five years old — purchased shortly before Warner Bros. shit me out like yesterday’s Salisbury steak.  And now it won’t turn on.  There’s just a flashing blue light on the front, and the JVC website tells me it could be me one of several things.

I don’t know… I’m to the point where it doesn’t even upset me much anymore.  We’re just going to have someone come look at it, and proceed from there.  What else can we do?  From what I’m reading in various forums, though, it doesn’t sound good.  I’m braced for bad news.

So, right now we only have one TV and the boys are acting like they’re incarcerated at Sing Sing prison.  Oh, the troubles they have known…

This summer has been ridiculous.  Toney doesn’t work in August, and last year we weren’t ready for it.  We’re in much better shape this time ’round, but we’re continuously required to fling handfuls of cash into an open sewer trench.  We prepared for August like semi-responsible adults, and the gods of cruel comedy are conspiring against us.

Oh well.  We’ll make it through.  Who gives a crap?  In six months I’ll barely remember any of this.  Screw it.

On Saturday I posted something new at CrossroadsRoad, and believe it’s not too bad.  You can read it here.

Also, I added a new page where you guys can post your favorite line or scene from the novel.  If one particular moment sticks out in your mind, please share it with the rest of us.  And if you haven’t read the book yet, what are you waiting for?  Good god.

A little reminder:  if you read something here, or at the other site, which you think is pretty good, I’d be most appreciative if you could tell others about it via Twitter or Facebook, or a post at your blog.  Thank you guys for your continued support!

Oh, and here’s a new local article about the book!  I nearly forgot.

Last night at work I listened to an episode of Mike and Tom Eat Snacks, a weekly podcast starring Michael Ian Black and Tom Cavanagh.  It’s a really funny show, and I usually end up embarrassing myself by walking around the workplace with a big ol’ ‘retard in a pie shop’ smile on my face, while listening to it.

Anyway, they were talking about Toblerone.  And I’ve never tasted it, and know next to nothing about it.  I’ve seen the triangular boxes in stores, but have never eaten it, or been in the presence of someone else who was eating it.  I don’t even know what the candy itself looks like.

Is that weird?  What are your thoughts on Toblerone?  Am I missing anything?  Should I seek it out?

Also, I’d like to know what common or semi-common foods you’ve never eaten.  I’m all the time encountering people who tell me they’ve never eaten a tomato, or something like that.  Do you have anything on this subject?  Please use the comments link below.

And for the record:  I’ve also never tasted Lucky Charms.  I’ve always been suspicious of those dusty little pencil erasers, and have steered clear all my life.