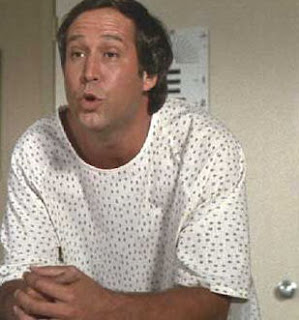 You know what really roasts my peanuts?  Show-offy skinny people in gym clothes who opt for applesauce instead of fries at Wendy’s, or wherever.  They always make a big show of it, and say it loud enough for everyone within thirty yards to hear.  They’re like people who don’t own a television, and can’t stop talking about it.  They can all go fuck themselves.

I’m not in the greatest of moods today, for a variety of reasons.  I won’t bore you with the details.  But you know those things called plans?  Despite almost fifty years of shitkicking around this planet, I still make them.  Isn’t that hilarious?  What a dupe.  What a fool.  I feel like doing a cartwheel into the Grand Canyon.

Yesterday I worked ten hours, on my day off, and also got an oil change.  That’s why there was no update.  Sorry ‘bout that.  At the garage I had them rotate my tires, and the guy told me I need front brakes.

“You’ll want to do it soon,” he replied.

Who needs brakes?  Brakes are for suckers.  Right?  In any case, it’s literally one thing after another.  It would be so kick-ass to make it through a whole day without receiving bad news of some sort.  Yeah, I know it’s all low-grade stuff – no medical problems or anything like that – but there’s a cumulative effect.  It builds up until my brain starts to throb.

And that’s another thing.  I believe I might have a problem with blood pressure.  I had a health screening at work a few months ago, and they informed me I’m a fat son of a bitch, with high blood pressure.  I’d never had an issue with it, but it seems to be consistently high now.  So, I made a doctor’s appointment.

I don’t like medical stuff, and haven’t had a checkup since Dr. Dot, six or eight years ago.  She gave me a physical, ordered some blood work, and told me to take a multivitamin every day, along with a baby aspirin and one banana.  That was her advice, which I promptly ignored.  Well, semi-promptly…  I think I stuck to it for a week.

And now I’m going back.  To a different doctor, though.  Ol’ doc Dot didn’t give me that warm and fuzzy feeling of competence.  Ya know?  I probably misread her, but I didn’t feel like I was in the best of hands.  So, I chose a new doctor, and we’ll see what happens.  If they twist a telescope into my ass, I’m going to be pissed.

During that last checkup there was a college girl “observing.”  I was asked if I had a problem with it, but she was standing right there.  I felt social pressure to say it was cool, and did.  I was stripped down to my t-shirt and boxer briefs, and had sweat rolling down the center of my back.  It was bad enough that I was in a doctor’s office, which stresses me out, but now they’re bringing in 14 year old cheerleaders to watch?  Simply fantastic.

Dot had me lie on my back, lifted my shirt off my great belly, and began pressing all around my stomach area.  I was terrified she might hit a sweet spot, and cause me to part the med student’s hair with a rectal blast.  I was so clinched-up, I don’t think my sphincter released until sometime the next day.

My new appointment isn’t until the middle of April, and I’ll think about it with great dread every single day between now and then.  Oh, you can bank on it.  Every.  Single.  Day.

A couple of weeks ago I asked you guys about your favorite Girl Scout cookies, and today (driven by my mood), I’d like to take it in the opposite direction.  In the comments section, please tell us about your LEAST favorite kinds of cookie.  It doesn’t have to be Girl Scout, it can be Hydrox – the OREO knockoff – or whatever you’d like to share.

If you can’t think of any bad cookies, then tell us about the nasty ice cream or candy you’ve encountered.  It’s all good.

And I’ll be back soon, boys and girls.  I’m putting up the Buy Jeff a Beer link below, in case you’re interested in contributing to that most worthy of causes. Sweet sainted mother of Yahoo Serious! It’s much appreciated.

Now playing in the bunker
Buy Jeff a beer. He requires a beer.