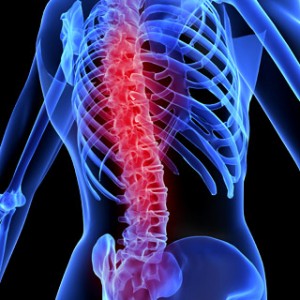 I was talking with a guy at work a few days ago, and he mentioned that his son and daughter have been watching the Jim Carrey version of How the Grinch Stole Christmas repeatedly, for weeks on end.  I groaned at the mere thought of such torture, and said, “Wonder why kids like to watch the same things, over and over again?  Mine used to do it, too.”

He shrugged, and said, “We were no different.  When I was young I watched Ace Ventura a million times.  I still know every word of dialogue from that thing.  I’m sure you were the same, right?”

And I said, “No.  Because when I was a kid the technology didn’t exist to let people watch the same movie, repeatedly.  We had TVs that weighed as much as a car, but with 19-inch screens.  And they received five channels – the three networks, PBS, and Channel 4 from Oak Hill.  You had to watch whatever was on, and if you missed it, you missed it.  You actually had to get up from your chair and turn a knob that clicked and clacked, to change the station.  And whenever someone would appear on the screen in a striped shirt, there would be a terrifying buzzing noise.

“Cable eventually came along, when I was in Junior High, and HBO showed Car Wash and Duchess and the Dirtwater Fox twenty times per week.  The station would come on at 3 o’clock in the afternoon, I think, and we’d sit there at 2:55 waiting for the magic to happen.  Car Wash again in five minutes!  And later this week, Mother, Jugs, and Speed!!

“When VCRs were invented they cost a thousand dollars, and people thought they were voodoo black magic.  My brother bought one when he graduated from high school, and I think you had to run a water line to it.  When you hit the power button, all the lights in the house would dim for a second or two, and blank tapes cost about ten dollars each.  But it was such a novelty, we’d record ANYTHING, play it back, and nearly shit ourselves with excitement.  We’d record two minutes of the local news, watch it again, and clap and holler like retards at a puppet show.

The dude looked at me with a “holy fuck” expression, said, “Yeah?” and continued with his tuna salad sandwich.  And next week he’ll sit at a different table.  Oh, I’ve been here before.

And you know what irritates me?  People who do that torso-twist back-cracking thing.  Also, the ones who take the heel of their hand, put it underneath their chin, and crank their head to the side, to crack their neck.  Is that really necessary?  I’ve never purposely cracked my back or neck, and believe I’ve been able to lead a semi-normal life.

It’s like Chapstick, I think.  And hand lotion.  Once you get started, there’s no turning back.  You need it, and you’re suddenly a prisoner.  Our kids crack their knuckles all the time, and I’m always hollering in protest.  Sometimes they even crack their toes, and I fear they’re only a few short months away from a full torso-twist, and that disturbing glockenspiel sound.  I will attempt to stop it from happening, by yelling and sighing a lot.  It’s my duty as a parent.

And you know what else I don’t like?  There’s a local radio commercial, in which the name Toyota is pronounced “Tie-ota.”  It bothers me.  I know somebody will probably say, “Well… technically “Tie-ota” is correct…”  And I don’t give a shit what’s technically correct.  Our society has decided it’s pronounced “Toy-ota,” so get with the program, dicklips.

It’s along the same lines as people who roll their Rs when they’re saying a Spanish name.  Like “Puerrrrto Rrrrico.”  Oh brother.  Whenever I hear someone doing all that pretentious letter-rolling, I jump to many conclusions.  And all of them are related, or semi-related, to the douchebag.

When we lived in Atlanta there was a radio commercial for a chain of convenience stores, advertising their “cap-you-chino.”  This also made me crazy, but it turns out they did it on purpose.  It caused us to notice the ads, and talk about them.  People were constantly saying, “Have you heard the QuikTrip commercial about cap-you-chino??”  It was genius, and I grew to appreciate it on an unexpected level.

But somehow I doubt the Tie-ota guy is anywhere near as clever.  No, I suspect he’s just one of those assholes who like to show how educated and cultured they are.  He probably says Pocky-stahn, too.  Grrr…

It’s been a few weeks since we’ve taken a poll, and I’d love to know what’s been irritating you.  Please use the comments link below, to bring us up to date on it.  They say a week is forever in politics, and I believe the same can be said for agitation.  Every day something new comes along…  So, please tell us all about it.

And I’ll be back on Monday, or maybe Sunday.  We’ll see how it goes.