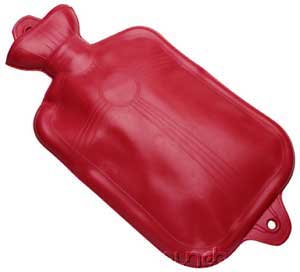 Do you ever feel like you must’ve surely been conceived on the wrong side of the bed?  That’s how I’ve felt the past few days.  I’ve been in a bad mood, laced with highlights of panic, followed by an aggressive hopelessness finish.

Contrary to popular belief, I’m a fairly optimistic person.  No seriously, it’s true…  I wake up in a good mood most mornings, knowing the day ahead holds many exciting possibilities.  And I believe, in my heart, that things will work out to our benefit.

Oh, I get irritated by the small stuff, like bombastic kielbasa-eaters who stop at the bottom of interstate entrance ramps with their blinkers on.  But when it comes to the big stuff, I’m confident (naively or not) that everything will be just fine.

For the past couple of days, however, my brain chemicals have been conspiring against me.  I’m in some kind of funk.  I feel like I’m spinning my wheels here, and have even been considering major life changes.  A mid-life crisis flare-up?  Perhaps.  But also a reality I’m forced to deal with (dammit).

But, you know, this ain’t Oprah, and I don’t really want to wallow in it.  Sheesh.  Next thing I know, I’ll be filling up one of Nossy’s vaginal hot water bladders, and napping the day away with a thumb plugged into my ass.

This doesn’t fall under the heading of “major” life changes, but I’m considering an adjustment to the Surf Report delivery system.  These long updates, I’m now convinced, are not the way to go.

They’re too scattered, I believe, and cover too many subjects.  Plus, I think they’re probably daunting to new readers.  I can imagine myself stumbling across a site for the first time, and encountering a big totem pole of ridiculousness.  I’d make a mental calculation, and realize it would probably take me five full minutes to read all that stuff.  And five minutes on the internet is a long time.

So, starting next Monday I’m going to begin experimenting with shorter updates posted more frequently.  That might mean two or three updates a day, or four, or sometimes just one.  It’ll all depend on what’s going on at the time.

They’ll be more focused that way, and more bite-sized and accessible.  I know we’ve all grown accustomed to the four big updates every week, but that doesn’t necessarily mean it’s the best course of action.

And no, I’m not going to start linking to news stories and videos of bears playing hockey, and that sort of thing.  It’ll still be “a journal of sorts updated every once a while.”  Just a little here, and a little there.

Any opinions on that?  A good idea?  Or do you give a crap, either way?  Let me know.

The good news?  If it doesn’t work, we can just go back to the old way of doing things.  It’s not like it’s going to knock the Earth off its axis, one way or the other.

The T-Shirt Lady (finally!) called this morning, and said our order is ready for pick-up.  And without prompting, she said, “They look awesome!”

I’m going to pick up the shirts tomorrow, hopefully, and will get them in the mail to everyone as fast as my sausage fingers can process the orders.

One sad note…  She told me she “lost two during curing.”  I don’t know what that means, but can imagine her coming home to her husband at night, with a tortured look on her face.

“I lost two today, Jim.  …During curing.  They were so young, and so innocent.”

“Oh God, I’m sorry.  But please don’t blame yourself.  I know you did everything in your power.”

Or something like that.  In any case, the shirts are completed, and I’ll post a picture of the finished product, ASAP.

And here, for the fifty-seventh time, is the order link.

A woman at work heated up a Tupperware container of something for lunch a few days ago, and it smelled really good.  I asked her what it was, and she said, “scrambled eggs and pot roast.”

WTF?  Is that an accepted combination?  I’d never heard of such a thing.  And who cooks scrambled eggs, then eats them hours later?  The whole thing was baffling to me.

It’s a funny thing, though.  The shit looked and smelled really good.  And I experienced a twinge of lunch envy.

What’s the most unusual thing you’ve seen a co-worker eat for lunch?  I’m looking for weird combinations of things, especially.  Use the comments link below.

Back during the summer I walked into the break room, and a woman was sitting in there eating corn on the cob.  She was in the middle of the room, all by herself, eating corn.  In front of her was a paper plate, with two already-depleted cobs piled onto it, and nothing else.  For some reason, I thought that was a riot.

Also, for research purposes, please tell me what other “online journals” (I refuse to say blogs) you read on a regular basis.  You know, after stopping at the Surf Report, of course.  I’d like to know.